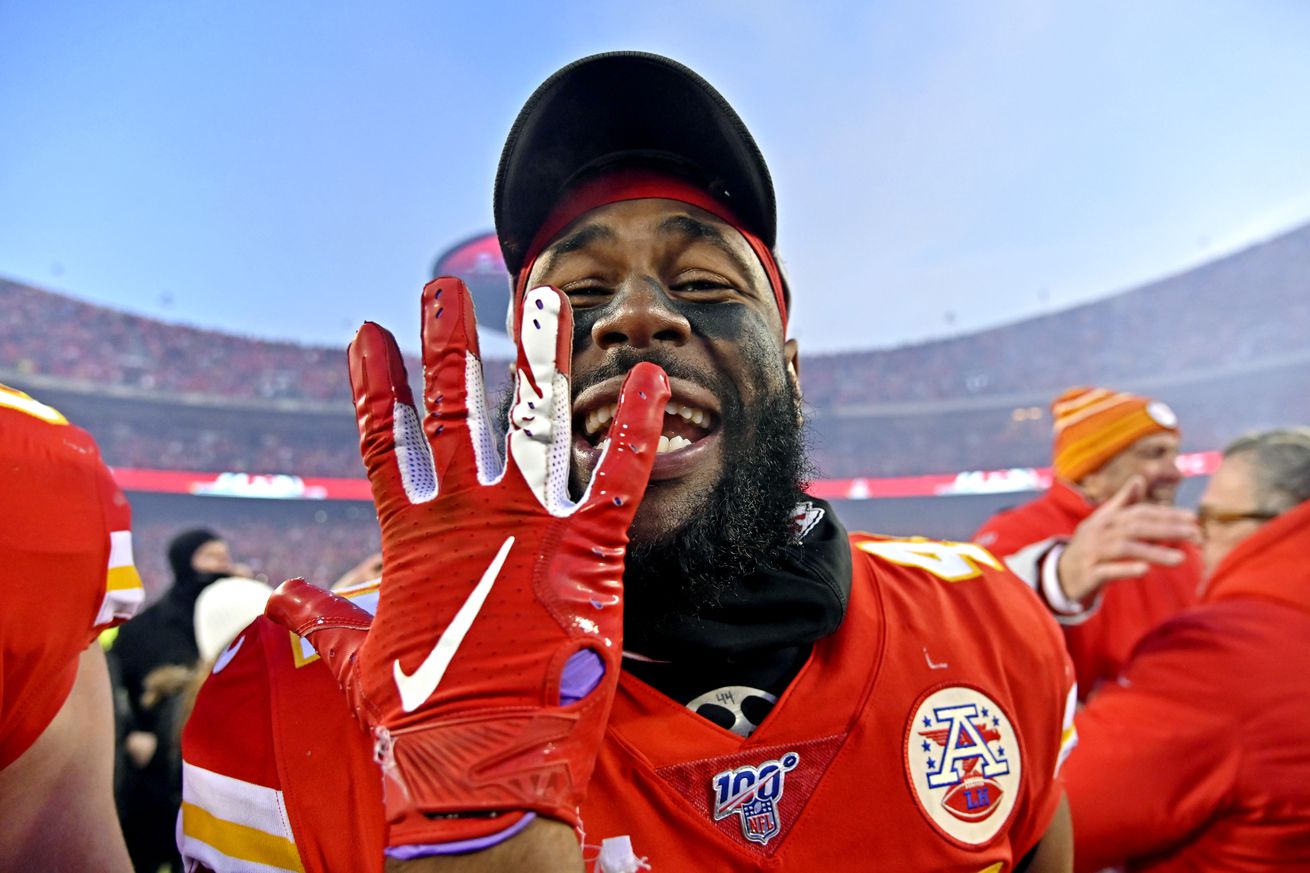 As the saying goes, “Don’t call it a comeback.”

The defending Super Bowl Champion Kansas City Chiefs have given us a number of reasons to be optimistic, beginning with the quarterback and the head coach and continuing with the Run It Back philosophy, which means that the key contributors will all be back, poised to make another run.

To sustain long-term success and build a dynasty, the Chiefs need to be constantly improving, both with the players they acquire and with those already on the roster.

Here are a few players that have a chance (some more likely than others) to bounce back from subpar years (or entire careers) and be part of the improvement of the Chiefs in 2020:

It feels strange to put one of the postseason heroes on a list that would indicate they had a down year, but with Watkins, it’s clear that he’s not been able to put a full season together the way he’d want to. After a monster season-opener, Watkins was fairly invisible until the playoffs. 2020 will be another contract year, and he’s still in his prime.

The question is, what would a “bounce back” year for Watkins look like?

In his first two seasons with Buffalo, he averaged 112 targets, which he turned into 63 catches for 1,014 yards and eight touchdowns per season on average. Last season with the Chiefs in the regular season, Watkins had 90 targets, 52 catches, 673 yards and three touchdowns (all three scores game in Week 1). So, he would need around 20 more targets to have a chance to match his career years. That will require him to stay healthy, keep earning the trust of Patrick Mahomes and command the football on an offense that still includes Travis Kelce, Tyreek Hill and two emerging stars in Mecole Hardman and rookie Clyde Edwards-Helaire.

The forgotten man on the Chiefs defensive end rotation has a reputation as a very solid starter in the league. Injuries plagued his 2019 season. He appeared in 10 games prior to going on injured reserve. Okafor logged five sacks but did not appear to be as strong of a run defender as was his reputation. His replacements all seemed to make significant impacts, including Emmanuel Ogbah and Terrell Suggs, which caused many fans to question Okafor’s value to the team. With both of those guys gone, Okafor will have every opportunity to regain his hold on the starting job. His main obstacles might be the continued development of Tanoh Kpassagnon, who stepped in and played pretty well last season, and a certain recently-signed free agent with similar production…

This year’s former-first-round-pick reclamation project is Frank Clark’s old Michigan teammate and an absolutely perfect fit for Steve Spagnuolo’s defensive end position. He’s unique on this list because he wasn’t with the team last year and therefore doesn’t have a “bad season” to bounce back from. Charlton is coming off of a somewhat productive season with the Dolphins, where he matched Alex Okafor’s five sacks in 10 games. If he does the same or better as a rotational defensive end with the Chiefs, it will be a success, and he’ll have a chance at a better contract after the 2020 season.

If Charlton can show that his last season wasn’t his best season and really start to live up to his potential, he could be a significant factor for the Chiefs.

Perhaps the longest shot on this list is the guy who actually does possess many of the traits the Chiefs are looking for in a linebacker but hasn’t been able to put it together and earn the trust of the coaching staff yet.

Many are ready to give up on O’Daniel after the Chiefs invested in Willie Gay, Jr. in the second round of the NFL Draft. But there is still a need for athletic linebackers who can cover and tackle for sub-packages and depth.

O’Daniel should get the opportunity to compete for a rotational position on the defense, which would help solidify his roster spot and give Spagnuolo some options. O’Daniel is a good enough special teamer that he could make the roster solely to work with Dave Toub. But he could also “bounce back” as a linebacker and start to fulfill some of the promise we’ve seen in flashes on defense.