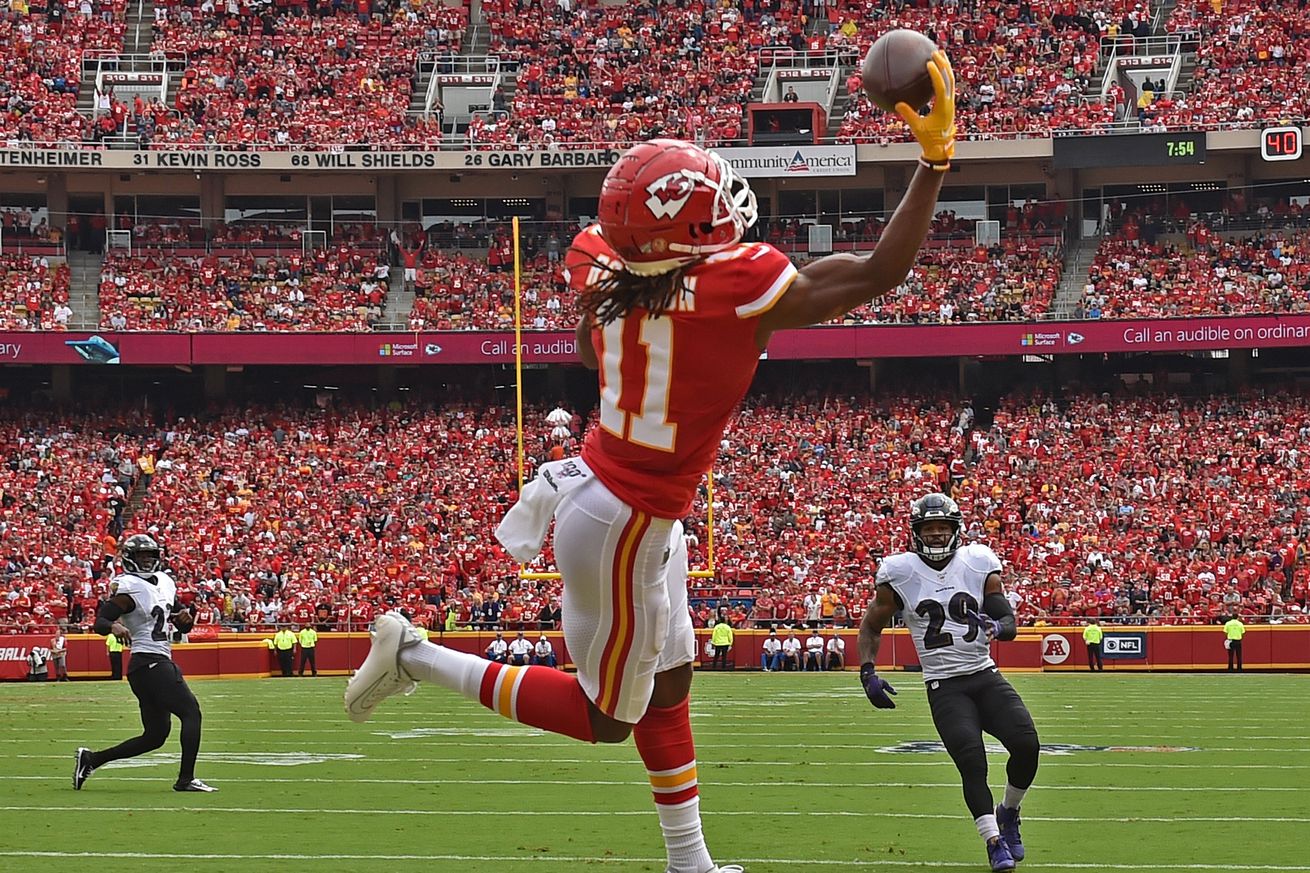 Prisco’s list comes on the heels of PFF’s annual list of free agents — and the similarities (and differences) between them are fascinating.

But it also includes two other Chiefs:

He is a power player who is only just now coming into his own. At 26, the Chiefs would be wise to keep him, whether with a new deal or a tag.

He might have helped his value late last season with time at safety, which shows his versatile style. Has excelled at slot corner at times as well.

He was a decent corner for the Chiefs last season, but he wasn’t their best. Even so, he’s been a solid starter for much of his career.

PFF had Fuller in 54th place, while Prisco listed him as 60th. PFF’s encapsulation of Fuller’s season suggested that his end-of-season use as a hybrid safety was a negative influence on his value. Prisco — and our own analysts — saw it differently.

Breeland’s absence from the PFF list could reasonably be argued as a significant omission; Breeland’s inclusion within the high 70s of Prisco’s list seems about right.

Finally, Robinson’s appearance at the bottom of Prisco’s list seems about right, too. Robinson had little room to shine on a team that included Tyreek Hill and Sammy Watkins — but that doesn’t mean he couldn’t be a valuable contributor on another team.

Putting these two lists side by side will provide plenty of ammunition for both sides of the never-ending debate between proponents of statistical analysis — particularly that offered by PFF — and those who favor the so-called eye test. But what it really shows is how important it is to understand what each discipline can — and cannot — tell you.

Tannehill — ranked fifth by PFF and 21st by Prisco — is a perfect example.

Statistically speaking, Tannehill had the best season of his seven-year career, leading the league in passer rating. But Prisco recognizes that Tannehill’s production came as a result of being the quarterback on a run-dependent Tennessee Titans offense that gave him terrific opportunities to succeed with play-action passes. His statistics prove his ability to be successful — which is what placed him high on PFF’s list. But Prisco sees that he is valuable only to teams that play a similar style of offense — which makes him less valuable on the whole market. He is indeed valuable — but perhaps more so to the Titans than any other team.