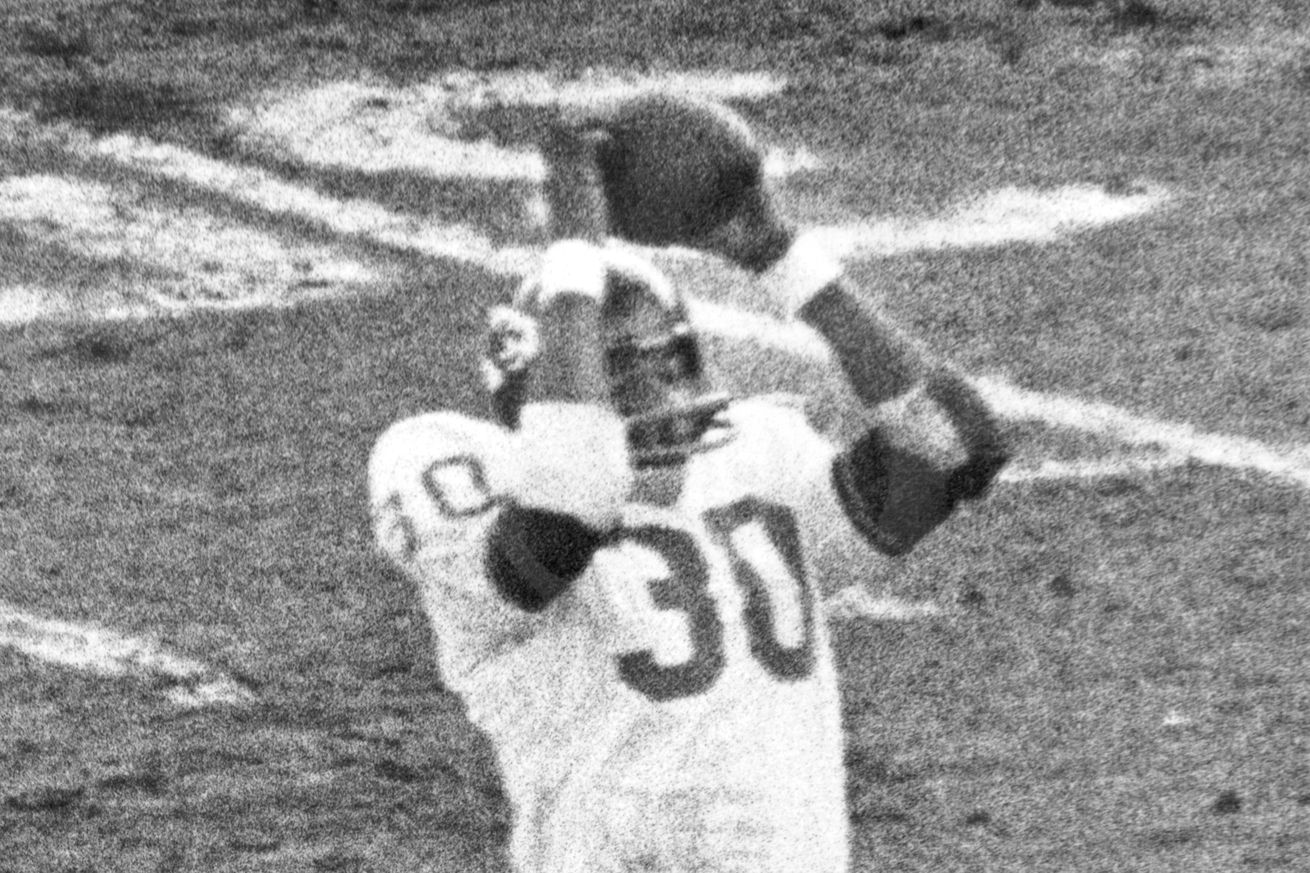 According to the Kansas City Star, former Kansas City Chiefs receiver Gloster Richardson died on Thursday. He was 77.

Born in Greenville, Mississippi, Richardson was one of six sons. Four of them — Willie, Gloster, Tom and Ernie — played at nearby Jackson State College and went on to careers in the AFL and NFL.

The Chiefs drafted Gloster in the seventh round of the 1965 AFL Draft. He spent two seasons on the Chiefs practice squad before getting his chance on the active roster. Over four more seasons, he gained 1,358 yards (and scored 12 touchdowns) on 62 receptions.

His most impactful play for the Chiefs was his 19-yard touchdown reception during the team’s 13-6 victory over the New York Jets in the Divisional round of the 1969 playoffs — one of the plays that sent the team to their Super Bowl IV victory against the Minnesota Vikings.

But Richardson will probably be best remembered for his small role in a play from that Super Bowl — one that is among the most iconic in franchise history. Chiefs head coach Hank Stram was wearing a microphone as NFL Films filmed him prowling the sidelines — one of the first instances of a coach or player being mic’d up for a game.

With the Chiefs at the Minnesota 5-yard line during the second quarter, cameras caught Stram speculating about a play that might work. It was Richardson who took 65 Toss Power Trap to the huddle — the play that allowed running back Mike Garrett to run untouched into the end zone and extend the Chiefs’ lead to 16-0.

Richardson was traded to the Dallas Cowboys in 1971, where he won his second Super Bowl ring when Dallas defeated the Miami Dolphins in Super Bowl VI. After that season, he was traded to the Oakland Raiders, who then traded him to the Cleveland Browns on the eve of the 1972 season. He played in Cleveland for three more years.

Richardson also served as receivers coach at Mississippi Valley State from 1983 to 1984, where he coached Hall of Fame wide receiver Jerry Rice.