The Kansas City Chiefs seem to have struck gold drafting University of Tennessee guard Trey Smith at the bottom of the sixth round. At least, that’s what several former offensive linemen who played in Kansas City would have you believe. Shortly after the team announced the pick a number of former players chimed in.

Let’s start with former Chiefs sixth-round draft pick in 2018, Kahlil McKenzie. McKenzie played with Smith at the University of Tennessee in 2017 when he was a Junior and Smith was a Freshman.

Chiefs just got A REAL GUARD! Congrats brotha can’t wait to see you put on that yellow jacket @TreySmith73 enjoy a great city better people n the best bbq #chiefkingdom y’all got the best pick in the draft !!! Go be great!!!!!!!!!

McKenzie’s time in Kansas City ended in disappointment, with the team releasing him ahead of the 2019 NFL season. He still seems to hold the city, people and team in high regard. He also called Smith the “best pick in the draft.”

Next up, is former Chiefs second-round pick Jeff Allen, who played with the team for six seasons. He’s content with calling Smith the “biggest steal of the draft.”

The Chiefs just got the biggest steal of the draft. Congrats @TreySmith73

That’s some pretty high praise from a player who knows the organization and offensive line play.

Former Chiefs guard Geoff Schwartz, brother of Mitchell Schwartz and Fox Sports analyst, is also really high on the Smith pick. The sheer value of this pick had him elated for Kansas City.

Schwartz also had a chance to interview Smith in his series on Fox Sports, “Big Boys Club Draft Academy.” The series is like “Gruden’s QB Camp” but for offensive linemen.

I’m so happy for @TreySmith73 going to the @chiefs. Finally. Chiefs Kingdom got an awesome player and fantastic human!!

Overall, the general consensus among these former players seems to be that the team got a great player at an incredible value. The guard position is shaping up to be one of the most competitive and deep positions on the Chiefs’ roster after being a problem area for the past several seasons. 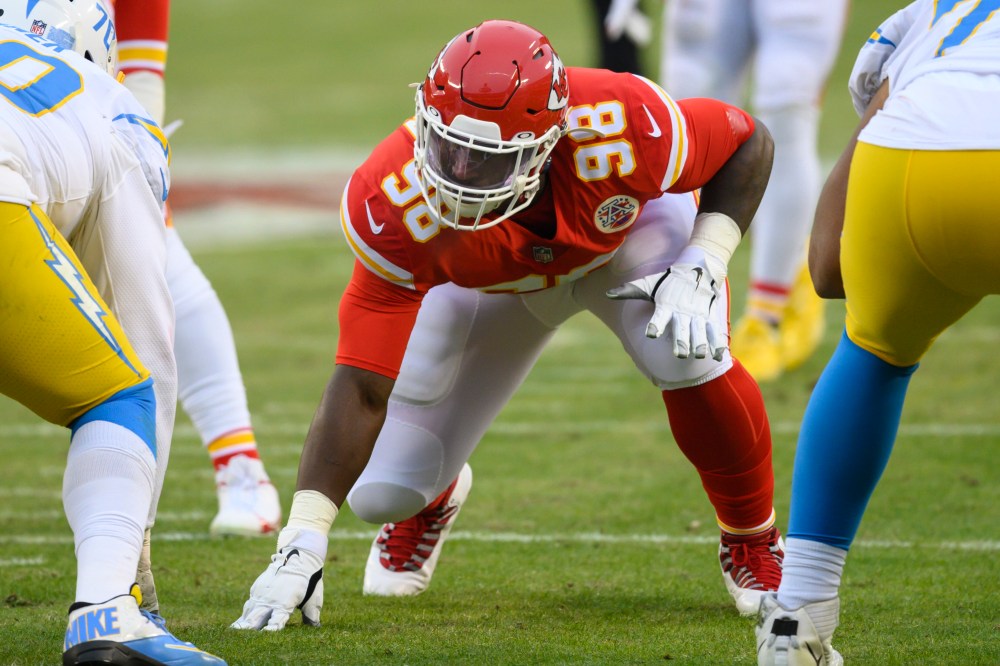