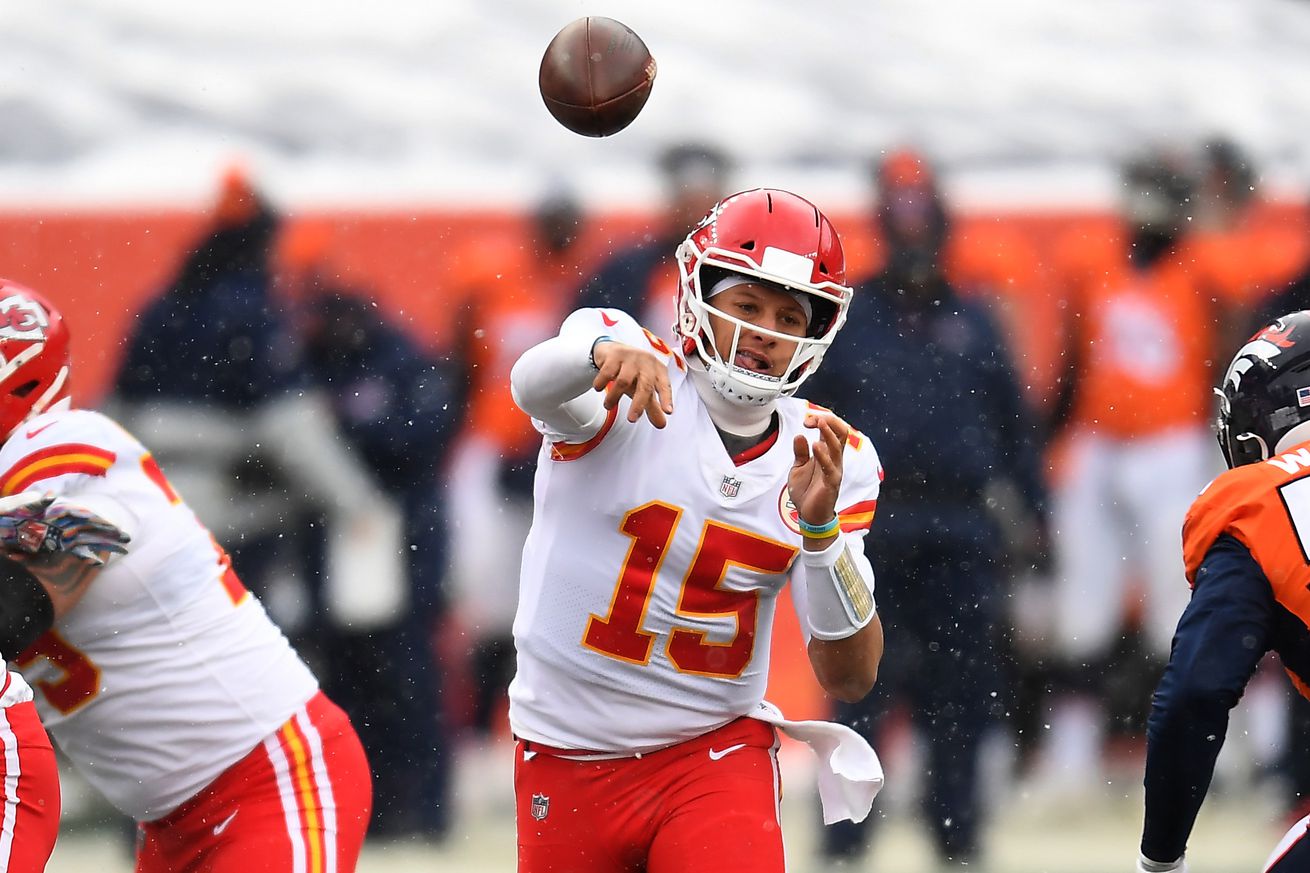 What lessons can we learn from Sunday’s game?

The Kansas City Chiefs extended their record to 6-1 on Sunday, soundly defeating the Denver Broncos 43-16.

Here are five things we learned from the game:

I’m old enough to remember when we would say things like, “Man, if the Chiefs could put a real offense on the field, nobody could beat them.”

I’m speaking, of course, about the 2013 team that started the season 9-0 — but faltered a bit down the stretch when it had to face more effective offenses. Then in the playoffs, it couldn’t match the Indianapolis Colts’ prodigious second-half scoring.

In this game, we got a little taste of what that 2013 team might have looked like with a solid offense. The difference wasn’t just Patrick Mahomes, either — although he’s obviously a big part of it. Even with Sammy Watkins on the sidelines, the Chiefs’ 2020 receivers are far superior to the group the team had at its disposal during Andy Reid’s first season. Running back Jamaal Charles was fantastic that year, but who was behind him? I’ll take Clyde Edwards-Helaire and Le’Veon Bell, please.

There were a lot of those 2013 games that the Chiefs wouldn’t have won without their defense or special teams scores — but that wasn’t the case against the Broncos on Sunday. Without their scoring, the Chiefs offense — as inconsistent as it was — still could have carried the day.

2. The offense will always keep us guessing

I joined in that effort. In my prediction for the game — especially considering the Denver forecast that was calling for snow — I said that I expected both teams to keep the ball on the ground.

Instead, both emphasized the pass. The Chiefs dropped back on 57% of their snaps — a figure close to their season average. The Broncos passed on 57% of theirs, too. Even in the second half — which the Chiefs entered leading 24-9 — Kansas City continued to pass more than run.

Does that mean we’ll never see the Chiefs depend on the run again — like they did against the Bills? Probably not. Instead, we’re likely to see the Chiefs keep us guessing about how they’ll approach each game.

3. The defense will always keep us guessing

The same goes for the Chiefs defense. Before the game against the New England Patriots — after watching rookie linebacker Willie Gay Jr.’s snap counts rising and problematic play from Ben Niemann — our Craig Stout said that Niemann had lost his role as the team’s starting WILL linebacker. And Craig was right: Gay started the next two games — and then the following week, had only two defensive snaps against the Bills.

But it wasn’t because Niemann had gotten his job back. Instead, it was because defensive coordinator Steve Spagnuolo had started only two linebackers against the Bills, choosing to start five defensive backs — including safety Daniel Sorensen. On Sunday, Gay was once again a starter. He played a starring role, too — recording four tackles (one for loss) and two tipped passes.

On Sunday, safety Juan Thornhill didn’t start the game — but Sorensen did. Was that because Spagnuolo thinks Sorensen is a better player that Thornhill? Probably not. It’s more likely because Spagnuolo figured the savvy veteran — while not the most athletic player on the field — would be able to make smart plays against the still-young Drew Lock. As things turned out, Spagnuolo’s calculation paid off handsomely; Sorensen sniffed out a pass route and expertly jumped it, intercepting a pass he returned for a touchdown.

This is the NFL’s chess game: how can you plan to beat your next opponent? Can you design a plan that will catch them off-guard — and if their plan surprises you, will you be able to adjust your plan to succeed against it?

It seems the Chiefs are pretty good at it.

4. The Chiefs can minimize penalties

One unsportsmanlike conduct penalty for 15 yards. That’s it.

On Sunday, the officials found fault with the Chiefs just once — well, at least exclusively with the Chiefs; a set of offsetting unsportsmanlike conduct penalties were wiped off the books.

Coaches love to talk about how important it is to play mistake-free — and they have a point. Penalties kill drives, erase big plays for you and create big ones for your opponent. (Since the Chiefs were 0-8 on third down on Sunday, I don’t want to think about any more failed drives).

But in the 120 regular-season games Andy Reid has coached in Kansas City, only three other times has the team had so few penalties — most recently in the 40-9 victory over the Oakland Las Vegas Raiders last December, in which they had none at all.

The Chiefs won three of those four games — and lost the fourth 27-24 in overtime against the San Diego Los Angeles Chargers back in 2013.

Seems like it’s something the Chiefs should try to continue to do.

5. Maybe we should cut Nick Keizer a little slack

I know: NFL players are paid to do their jobs properly every time.

So I understand if you’re not in a slack-giving mood after the Chiefs reserve tight end fumbled in the first quarter, setting up the Broncos for a four-play touchdown drive.

But Travis Kelce fumbled six times in his first two seasons as a starter. Tony Gonzalez fumbled five times in his. I know: both Kelce and Gonzalez were a lot more productive during those seasons than Keizer has been — or is likely to be — in 2020.

But it’s also true that both were drafted players from whom much was expected. Keizer, on the other hand, is an undrafted player from Grand Valley State. He’s playing for a defending Super Bowl champion that is trying to figure out how to get through the next stage of its development — that is, building a roster of young players inexpensive enough that they can afford to pay their quarterback $500 million over 12 seasons.

Yes… Keizer needs to clean up his mistakes — just like Kelce and Gonzalez did. And the fumble wasn’t his only mistake on Sunday — or even in the last few games. But the coaching staff sees something in him. They’ve been right often enough about players like Keizer that I’m willing to cut the young man a little slack. At the very least, I don’t think it’s time to run him out of town on a rail.

Besides… in the fourth quarter, Keizer also found a way to get open for a 22-yard gain while Mahomes was about to be enveloped by the Denver pass rush. That play set up the touchdown that put the game irretrievably out of reach. That should count for something.