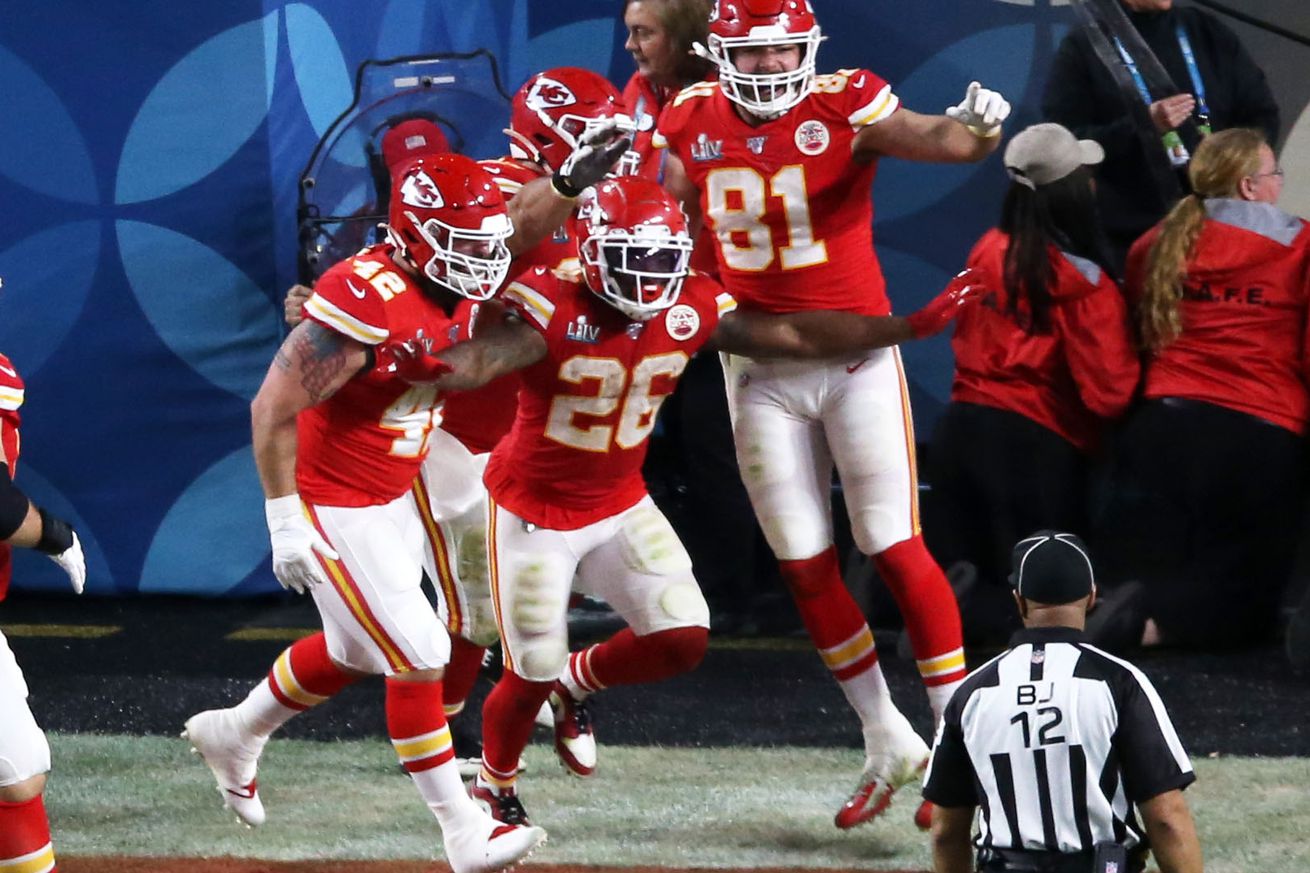 Photo by Qin Lang/Xinhua via Getty

Now that the Chiefs have once again become world champions, perhaps there are a few things we can (finally) stop doing.

1) We can stop pinching ourselves.

This doesn’t refer to pinching yourself to be sure this isn’t all a dream.

Well… it does mean that — a little bit. For a few Mondays to come, we’ll continue to post the breaking news that the Kansas City Chiefs are still Super Bowl champions.

But what I really mean is that we can stop running ourselves down. The Chiefs haven’t won a championship in more than two generations. That’s been a difficult thing for the team’s fans to endure. But it didn’t happen because we can’t have nice things, or the Chiefs are cursed or the Chiefs only want to put butts in seats.

I promise you that over the last 50 years, every Chiefs player, coach, executive and owner has wanted the same thing you did: another Super Bowl championship… followed by another… and then another. It’s just that some of them weren’t as good at their jobs as we would have liked — and there were never enough of the good ones around at any one time to overcome the bad luck that strikes even the best NFL teams.

It happens. And as hard as it was to live through… it’s over. Let’s move on to the brighter future that now awaits is.

2) We can stop letting other people pinch us.

I’ll be honest: I don’t get the whole concept of trash-talking with fans of other teams. I never have — and I probably never will. This isn’t a value judgment. I feel the same way about baked beans, mosh pits or a fourth movie sequel. There’s nothing inherently wrong with any of them. They’re just not my cup of tea. (Come to think of it, not even tea is my cup of tea).

So if trash-talking is your thing, I’m all for it. But you no longer have any reason to be ashamed of your team. The Chiefs may have had 50 years between world championships, but they won this one while dealing with adversity that would have snuffed out the championship hopes of almost any other team.

We know this for a fact, because the Chiefs have been that team more than a few times — the one that spent part of the season with its starting quarterback (or other key players) on the sidelines… the one that was undergoing a rebuild on one side of the ball… the one that got a run of bad luck in a playoff game… and so on.

But the Chiefs endured all of that. And won.

So we shouldn’t care how many championships other fans can claim. They didn’t win this one. That’s how it works.

3) We can retire the old jerseys.

I haven’t worn my old Marcus Allen jersey since I wore it to Lucas Oil Stadium in January 2014. After that, I got a Travis Kelce jersey to wear in the appropriate moments. More recently, I’ve alternated it with a Patrick Mahomes jersey.

Of course, I’m not saying you should get rid of an old jersey. Keep it. Frame it. Display it in a place of honor. It will forever symbolize your connection to the team — and remind everyone who sees it of your place in its rich history. It’s simply that it no longer has to be worn just because it recalls a time when the team was good. That time is now, too.

But this isn’t to say that you shouldn’t wear an old jersey. If you wear it because that player is still your favorite ever to wear the red and gold… then you should wear it. Proudly.

4) We can stop stressing out.

The NFL postseason is a short, single-elimination tournament. Even worse, it decides the championship of a sport where luck (bad or good) can play an outsized role. So even in the best circumstances, the postseason is a stressful period for the fans of any team playing in it.

But after so long between championships, we’ve gotten ourselves a little more worked up than necessary during the playoffs. On its own merits, it’s stressful enough — but we’ve had to add in all the accumulated angst from decades of disappointment.

Honestly, it’s a wonder we haven’t filled up the mental ward of every hospital within 500 miles of Arrowhead Stadium.

But now, we can let all of that go. In the next postseason, we’ll know that if the Chiefs don’t win the championship, we’ll be able to shrug and say, “We’ll get ‘em next time” — knowing that it won’t be just a pipe dream.

5) We can stop fighting with each other.

All the bad feelings we’ve built up during these many years has not only made it nearly impossible for us to endure the stress of postseason games, but also helped make our conversations about the team much more irrational and angry than they needed to be.

Every move made by the team has always been worthy of our discussion — and often our disagreement, too. But during these long years of disappointment, the importance of every such move (and everyone’s opinion about it) has been unnecessarily magnified — which has ultimately led to our differences being seen as matters of life and death.

Well… they’ve never been matters of life and death. When it had been decades since the team had won a championship, they only seemed like they were.

With a shiny new Lombardi to put on the shelf, perhaps we’ll gain some perspective, recognizing that at the end of the day, we’re all Chiefs fans. We all want the same thing: for the team to be successful. We’ll often disagree about the best way to go about it — and talking about those differences of opinion is part of the fun.

But now that we’ve come this far, maybe we’ll begin to learn that they are nothing for us to fight over.