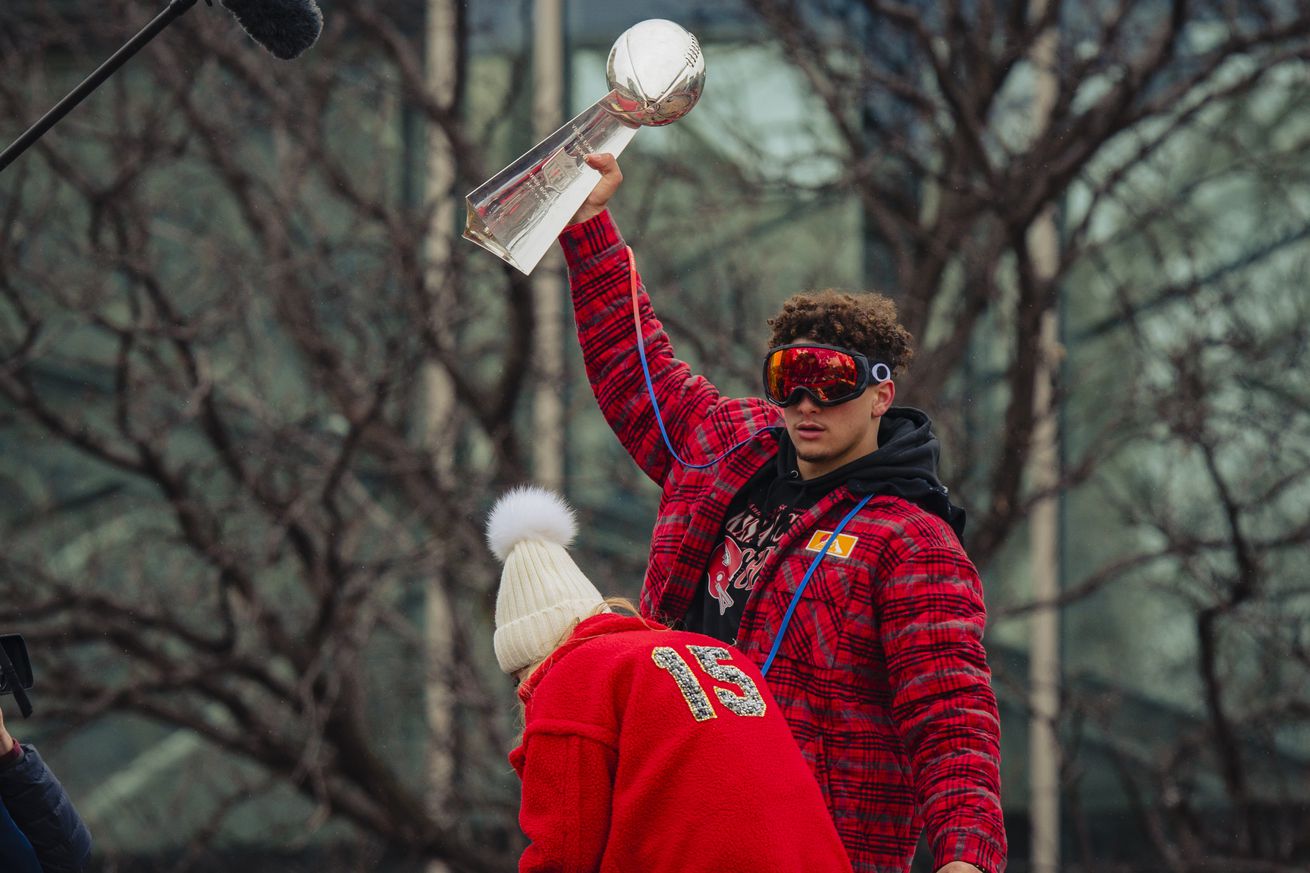 The Kansas City Chiefs debuted their Super Bowl rings on Tuesday evening — and here is the first look:

Chiefs owner Clark Hunt noted the rings include 10 and a half carats of gemstones, 36 genuine rubies and 255 diamonds. The full breakdown:

Here is a video of the Super Bowl MVP, Patrick Mahomes, trying it on for the first time:

Find someone that looks at you the way @PatrickMahomes looks at his Super Bowl ring pic.twitter.com/0Ew0aMKqtG

The inside of the rings includes the playoff final scores with the deficits they faced bracketed beneath the opposing logos:

Head coach Andy Reid — rocking the vintage Hank Stram-era Chiefs blazer and a mask similar to one you probably have — was happy to show off his ring.

You deserve this, Coach pic.twitter.com/JM6JGUkzZ0

Mitchell Schwartz arranged a Lombardi photobomb with his.

Ring is in and it’s a stunner!!! #Chiefs #ChiefsKingdom

NFL Network host Rich Eisen compared the two Chiefs Super Bowl rings. There’s one other thing that’s different from 50 years ago: in 1970, the players just got their rings in the mail.

A lot changes in 50 years, including Super Bowl rings. In case you’re wondering, the ⁦@Chiefs⁩ latest Super Bowl ring is on the left. pic.twitter.com/0fXndGF3lt

The Chiefs produced a video of players’ families congratulating them on Ring Day LIV.

Behind every player is a strong support system. We couldn’t have done this without you. pic.twitter.com/GLXEr7hkUL

Speaking of families… a new one began at Arrowhead on Tuesday night. Chiefs quarterback Patrick Mahomes proposed to his high school sweetheart (and longtime girlfriend) Brittany Matthews. So the future Mrs. Mahomes got a pretty impressive ring, too.

So what do you think?