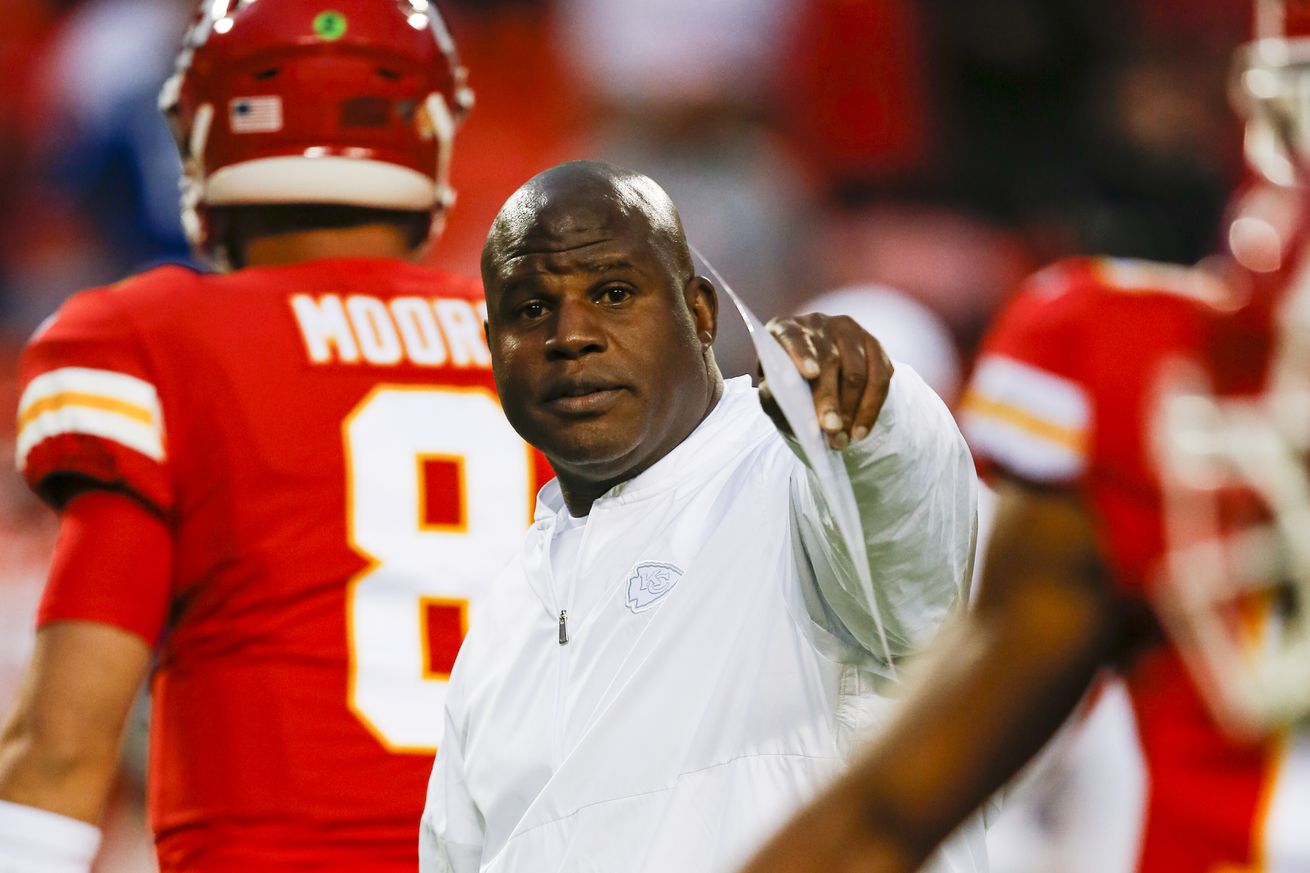 The event — organized by the NFL in partnership with the Black College Football Hall of Fame — is designed to help promote diversity among the coaching ranks. Last year’s summit was held at Morehead College in Atlanta, Georgia, but this year’s edition had to be moved online due to the COVID-19 pandemic.

“The Quarterback Summit brings together the brightest, most innovative and successful offensive minds from around the country,” NFL executive vice president of football operations Troy Vincent recently said in a statement. “From professional development to networking to coaching best practices, this summit should leave no doubt about the promising pipeline of championship play callers within the sport of football.”

Bieniemy, 50, spoke to NFL Network’s Steve Wyche on “Good Morning Football” about what young coaches can gain from the event during last year’s installment.

“I think they gain a lot,” Bieniemy told Wyche last June. “First and foremost, I’ve sat in this audience before as an assistant, so you want to gain as much knowledge as you can, as much information, and also, too — just a circle of people that you get to network with. I think that’s very, very important because a lot of times, young coaches, or coaches from smaller, different colleges, don’t have this opportunity to interact with us. And I think this is a huge environment where that takes place. And that’s the beauty of this whole entire event.”

Bieniemy has been with the Chiefs organization since 2013, coaching running backs until the end of the 2017 season before being promoted to offensive coordinator. He has reportedly been interviewed for seven NFL head coaching positions over the last two offseasons — but despite the Chiefs’ overwhelming offensive success, he has not been hired.

Of the five head-coaching vacancies this offseason, only the Washington job went to a minority candidate — Ron Rivera, who is of Mexican and Puerto Rican descent. This led to unrest in January — according to Pro Football Talk — so this offseason, the league made changes to its Rooney Rule.