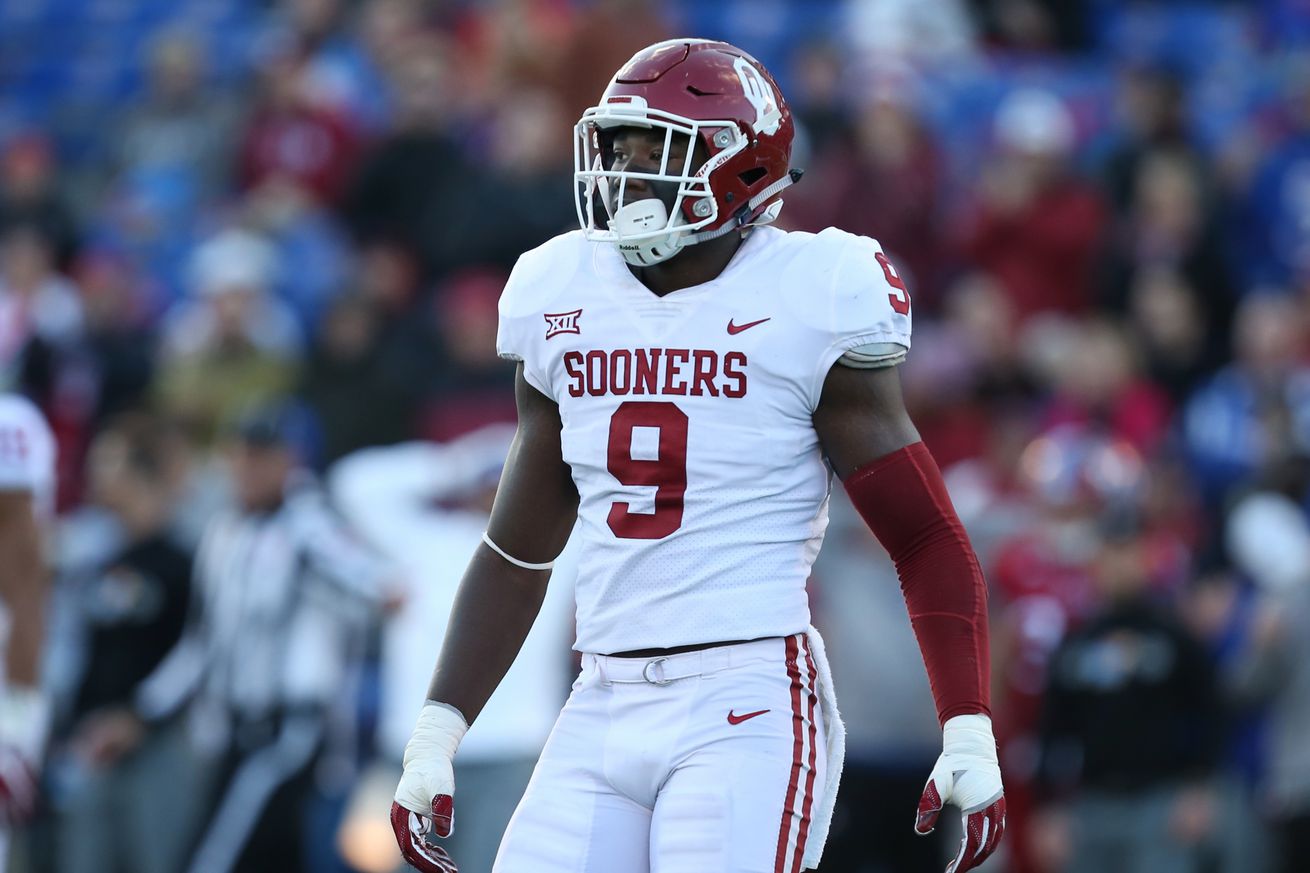 Four players we really, really like ahead of next week’s combine.

A very Merry Draftmas to you all!

Draft season is well underway and the Chiefs are making up some lost time after their run to a Super Bowl title. Things start heating up next week with the NFL Scouting Combine.

While Chiefs fans’ attention has been rightly focused on the run to a ring, we’ve been working behind the scenes to make sure you’re prepared for the draft in April. On the season premiere of the AP Draft Show, we talked about the players who have caught our eye early on this process.

Valentine’s Day may have been a week ago, but we picked our draft crushes. Here’s who we all chose:

Murray is an outstanding athlete that would add a much-needed infusion of range to the Chiefs linebacking corps. His length, burst and sideline-to-sideline speed help him defend the run inside and outside the tackles. While his coverage skills need refinement, his athletic profile makes for a potentially good coverage linebacker with some more coaching and development. He fits the desired length and size that Steve Spagnuolo typically likes and has the athleticism to give Chiefs fans the type of linebacker play they’ve been missing.

Dantzler has the technical versatility to play in any defensive scheme at the NFL level. He excels using his length and physical play to disrupt receivers off the line of scrimmage and is able to match receivers vertically with fluid transitions and great top-end speed.

Dantzler has good ball skills at the catch point and tracks the football well downfield. He combines all that athleticism with being one of the most physical — as a tackler or playing receivers — in the class.

Hopkins is a twitched up athlete at the tight end position. He already runs a variety of routes and displays the ability to gain separation on his own. He is a nightmare up the seam and is exceptionally sudden at the top of his routes. The Chiefs already have one of the top two tight ends in the NFL. Hopkins would be a fantastic No. 2 option and give Andy Reid another toy to tinker with. NFL defensive coordinators would have another formation to keep them up at night, as the Chiefs would deploy a lethal 12 personnel (1 running back, 2 tight ends) package with Hopkins.

Gladney should put on a show next week at the NFL Combine. While only 5-foot-11 and 183 pounds, he reportedly squats 620 pounds and benches 400 pounds. To match the weight room totals, Gladney has exceptional speed and foot quickness that flashes any time you watch him. In fact, I’d argue he has the quickest feet in the class. Although not the tallest or heaviest corner, Gladney is one of the most competitive players in the entire class. He’s willing to scrap with anyone of any size. He plays with excellent feet, a quality football IQ and is will to be physical at the catch point and in the run game. Gladney has the kind of attitude, football acumen and athletic ability to be excellent in Kansas City.

We discussed draft crushes, sleepers and more on the season premier of the AP Draft Show.