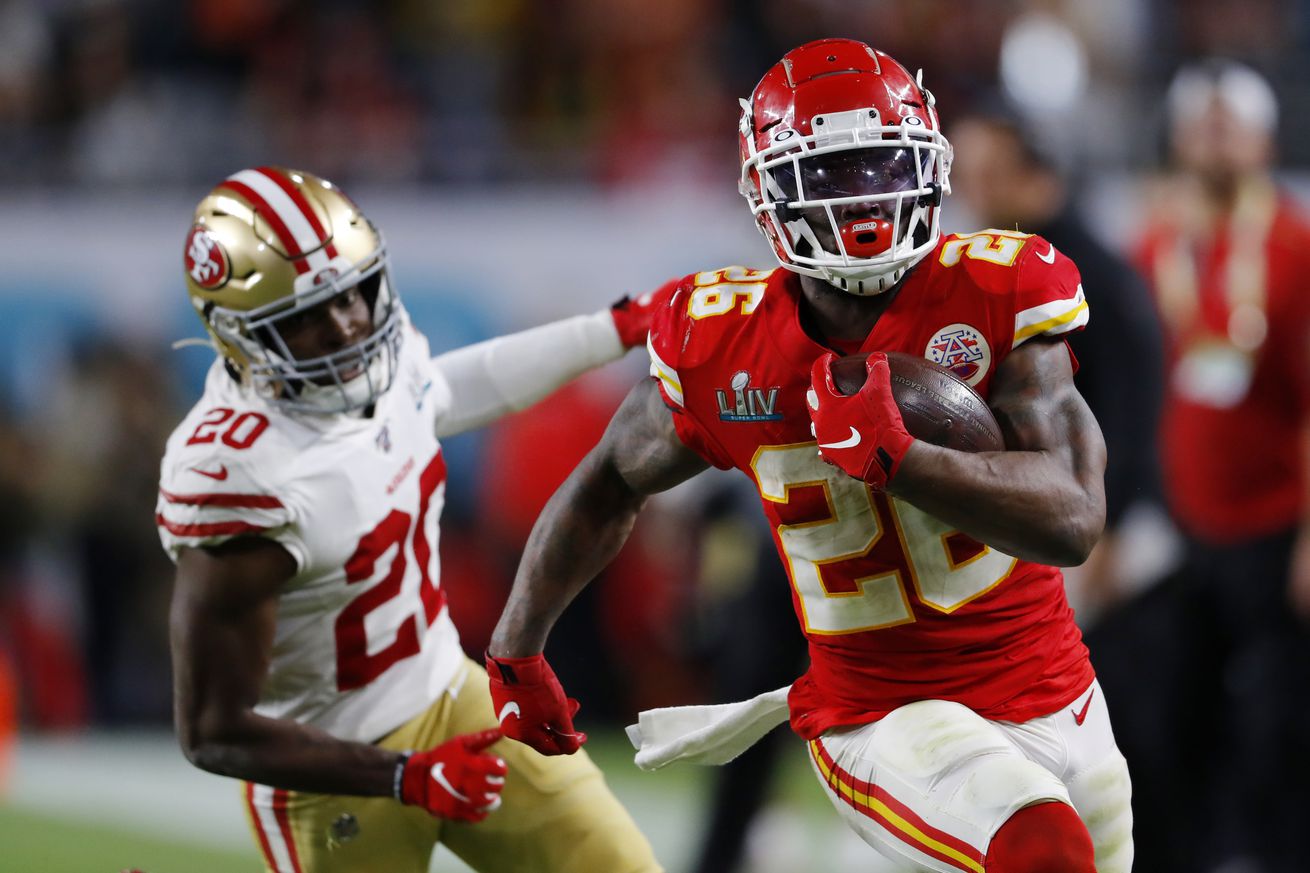 The Chiefs running back made it a point to swap jersseys with his old friend after the Super Bowl — and now he’s getting it back.

While the confetti fluttered to the field after the final gun in Super Bowl LIV, Kansas City Chiefs running back Damien Williams had something he wanted to make sure and do: find San Francisco 49ers running back Raheem Mostert before he left the field with his teammates after the Chiefs’ 31-20 victory.

The two players — both of whom entered the league as undrafted free agents and have faced uphill climbs to become NFL contributors — were both members of the Miami Dolphins for a brief period in 2015, and have remained friends since then.

Williams caught up with Mostert in the tunnel leading from the field and embraced his friend.

“Don’t let this be the end of our journey.”
Damien Williams made sure to grab fellow undrafted RB, @RMos_8Ball’s jersey after playing on the biggest stage.@Chiefs | @49ers pic.twitter.com/SllDbJYlhK

“Don’t let this be the end of our journey,” said Williams. “We dogs. That’s what we do,” replied Mostert.

But since NFL Films had caught the moment on camera — making it public knowledge — Williams was asked about it when he appeared on Jimmy Kimmel Live the night after the Super Bowl. Kimmel pointed out that Mostert had gotten the better end of the deal, saying that Williams’ jersey “is worth a lot more than the jersey he gave you” — apparently a reference to Williams’ record-setting performance in the game, when he became the first player in Super Bowl history to gain 100 yards rushing and score both a rushing and receiving touchdown.

“That’s funny you say that,” replied Williams, “because my mom was like, ‘Where’s your jersey at?’”

Mostert didn’t need further any prompting, announcing on Twitter that he wanted to return it to Williams — joking that he’d “contemplated putting this on eBay.”

Contemplated putting this on eBay but this belongs to YOU and yours! You did your thing. Hand this down for generations! PROUD OF YOU BRO! Much love. #undraftedRBs @TooLoose26 pic.twitter.com/RL4oIgtQhr

This story should remind us that NFL players often build bonds among themselves that extend beyond the boundaries of their locker rooms — bonds that don’t necessarily break when they find themselves competing against each other on the biggest stages.