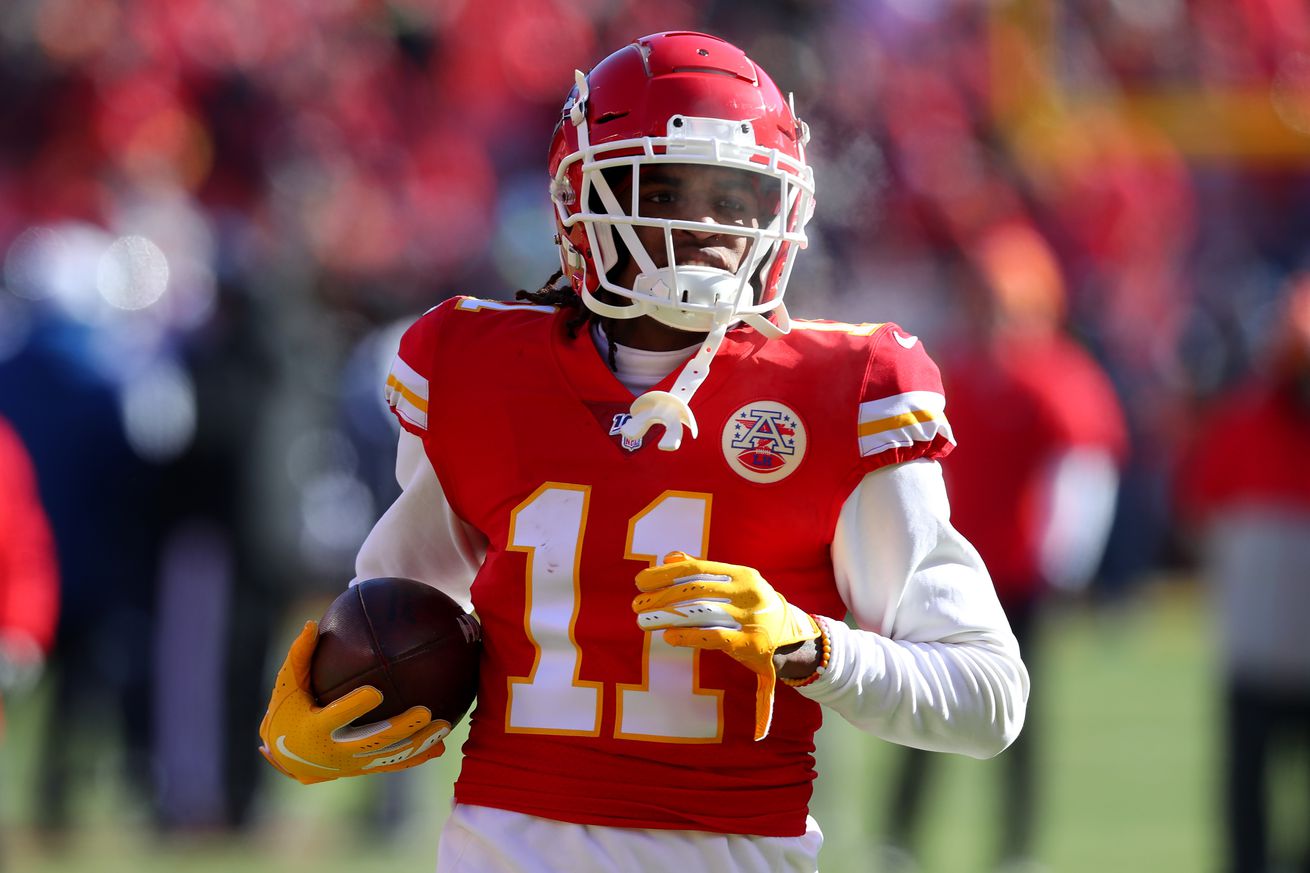 On NFL Network’s “Good Morning Football” Friday morning — during a segment about the “most under-the-radar free agent signings” — GMFB host Nate Burleson suggested that one of them could be a familiar name to Kansas City Chiefs fans: wide receiver Demarcus Robinson:

“Life is about opportunities,” said Burleson. “What’s he’s been doing is taking advantage of opportunities that he’s been given as a Kansas City Chief. You’ve got to think about the guys that they have. Travis Kelce is pretty much the number one wide receiver. Tyreek Hill is a beast; they’re going to throw the ball to him all the time. They brought in Sammy Watkins — paid him a ton of money — and then they drafted Mecole Hardman because they weren’t sure what was going to happen with Tyreek Hill — but still, this dude scored four touchdowns [and] had almost 500 yards. On the last couple of years? Eight touchdowns.

“Demarcus Robinson will get broken off,” he continued. “It’s going to be one of those things [where] we’ll be sitting at home, we’re going to pick up the paper — if people still read it — or pick up your phone and go, ‘Wait. Demarcus Robinson got WHAT?’

“And he’s worth every penny, because teams are going to look at him and say, ‘If we give him more opportunities, he’s going to give us more production.’”

Burleson could have a point. Robinson’s yards per reception have risen steadily over his last three seasons with the Chiefs. His mark of 14.0 in 2019 puts him in the upper third of the league’s qualifying wide receivers — and his eight touchdown catches on 54 receptions during the last two seasons is indeed noteworthy.

The question will be whether Robinson can have that kind of production with someone besides Chiefs quarterback Patrick Mahomes throwing him the ball.

The only thing we know for sure is that if Robinson signs a big contract, it won’t be with the Chiefs. As Burleson noted, the Chiefs have many receivers available. With limited cap space — and too many roster problems to solve — Robinson will be expendable.