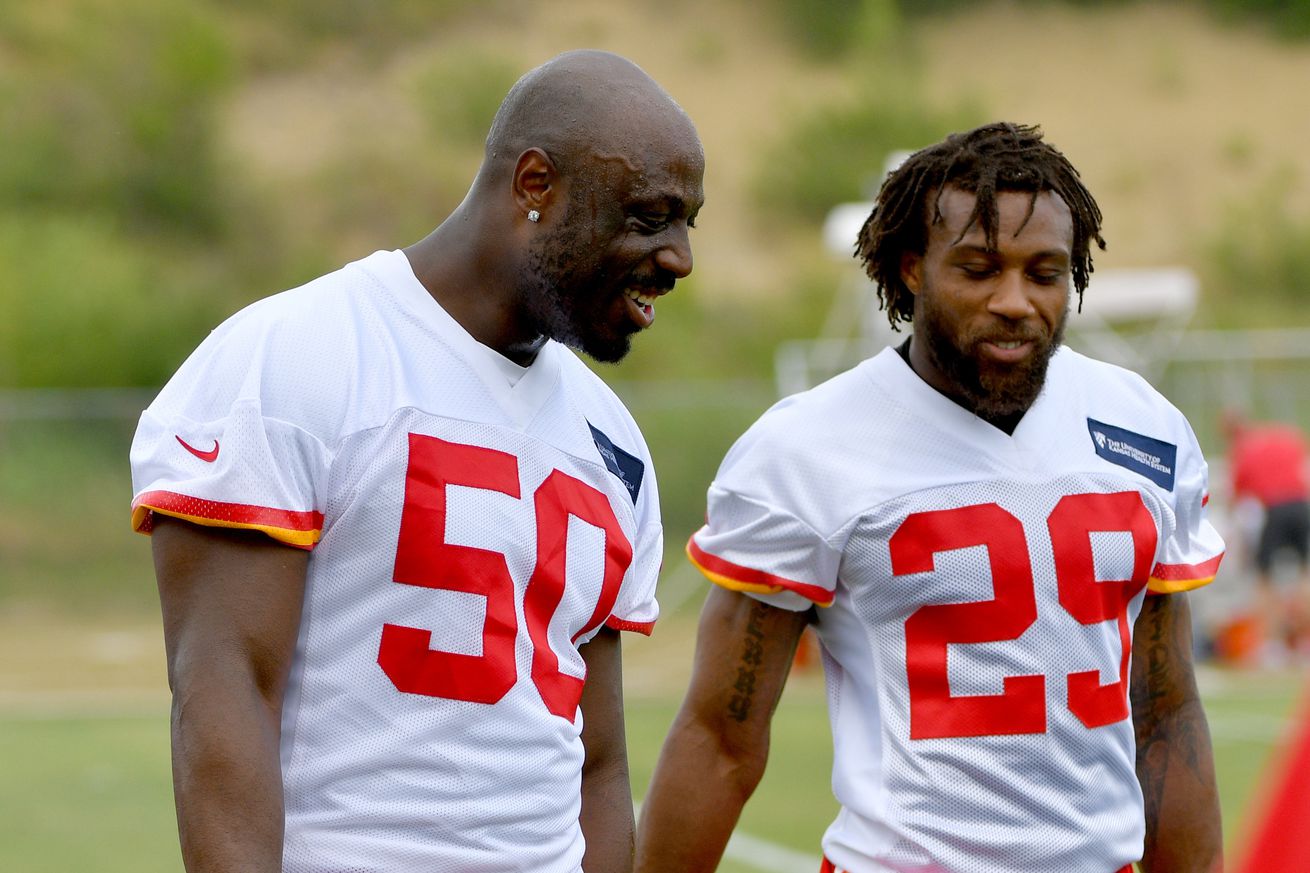 According to NFL Network, former Chiefs personnel man Chris Ballard might bring the safety back for another run.

There may be a Kansas City Chiefs reunion brewing in Indianapolis.

Of course, the Colts’ general manager is former Chiefs director of football operations Chris Ballard and former Chiefs edge rusher Justin Houston is a member of the team.

“I’ve been told that there have at least been discussions,” Trotter said of Berry. “One of Eric Berry’s best friends is Justin Houston, his former teammate in Kansas City, who is now with the Colts.”

News broke in late January that Berry took an intentional “sabbatical” in 2019 after being cut by the Chiefs with the intention of playing during the 2020 season. Trotter added that Berry at least appears to be in good enough shape to play.

I’ve seen tape of him, and he looks great,” Trotter said.

The last member of the Chiefs organization to speak about Berry on the record was his replacement, safety Tyrann Mathieu, during his opening press conference last March.

“No doubt it’ll be huge shoes to fill,” Mathieu said. “Playing safety coming from the SEC, I think Eric Berry was always a guy I admired. He gave me a ton of inspiration, especially all the adversity and things he’d dealt with. It would have been an honor to play with him, but ultimately I think anytime you can kind of steer your own ship and get guys to believe in you and get guys to buy into you the same way Eric did, I think that’s my plan to really come in.

Mathieu was indeed able to fill that void, helping lead the Chiefs to a Super Bowl victory. There is no doubt that had to be frustrating to watch for Houston and Berry, who spent a combined 17 years with the club, becoming fan favorites in the process.

A reunion in Indianapolis would make for a rather intriguing AFC storyline, even though the Chiefs and Colts aren’t scheduled to meet in 2020.