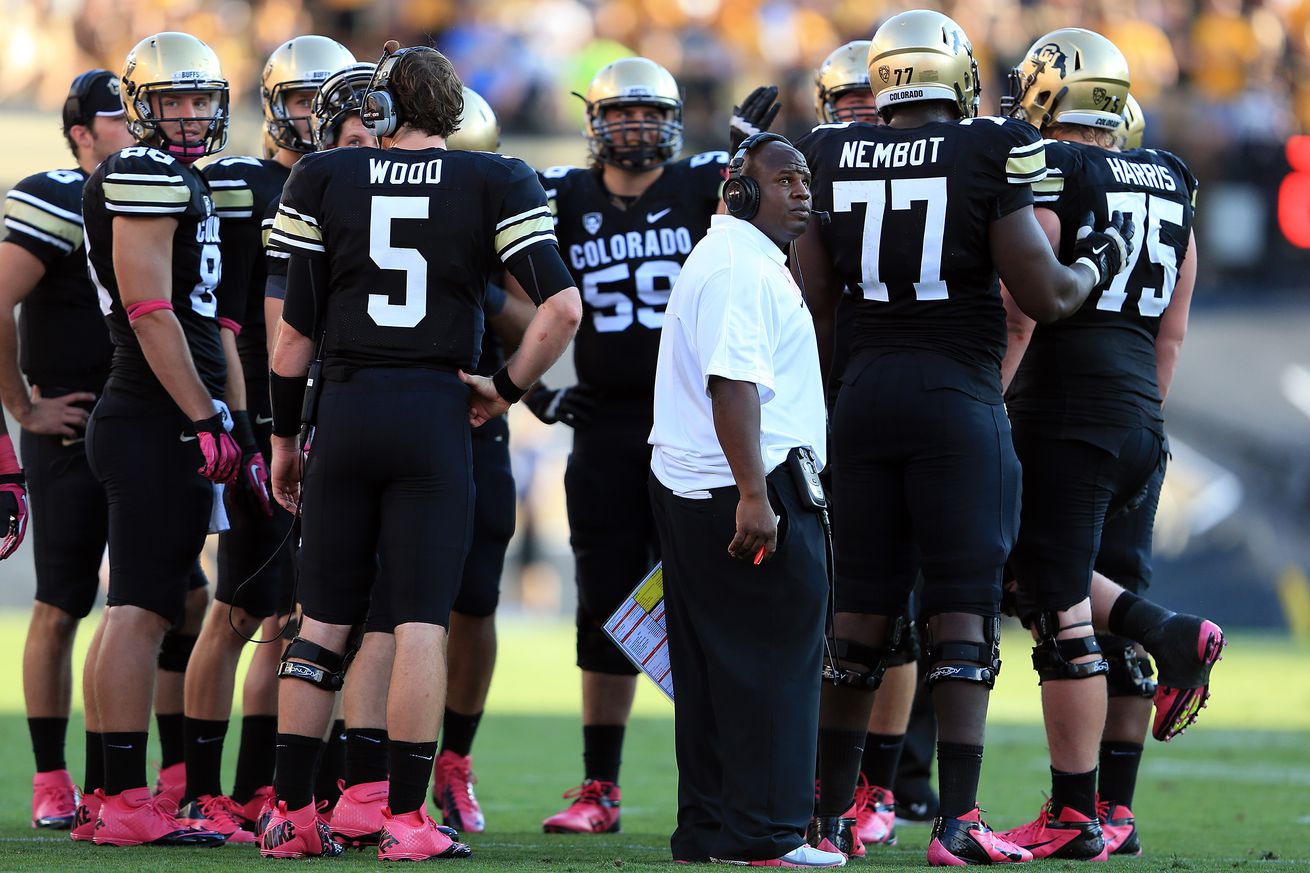 Bieniemy’s alma mater plans to talk to him about its vacant head coaching position.

The University of Colorado is expected to “reach out” to current Kansas City Chiefs offensive coordinator Eric Bieniemy about its vacant head coach position, according to a new report from NFL Network’s Ian Rapoport.

With the Colorado job open, the school is expected to reach out to alum & #Chiefs OC Eric Bieniemy. But it’s hard to imagine Bieniemy takes it. He just won a Super Bowl, will be a top HC candidate next year — and saving a recruiting class & hiring a staff this late is impossible.

Mel Tucker, who coached Colorado in 2019, is reportedly taking the head-coaching job at Michigan State.

Since Colorado is his alma mater, Bieniemy is an easy connection to make. The nine-year NFL running back (Chargers, Bengals and Eagles) was the offensive coordinator at Colorado for two seasons before joining Andy Reid’s staff in 2013 as the Chiefs’ running backs coach.

The position was originally vacant back in late November of 2018, but Bieniemy told media members he had not been contacted by the school to return.

Last offseason, Bieniemy, 50, interviewed with the New York Jets, Miami Dolphins, Cincinnati Bengals and Tampa Bay Buccaneers for their vacant head-coaching positions, and he reportedly turned down an interview from the Arizona Cardinals. This offseason, interviews with the Carolina Panthers, Cleveland Browns and New York Giants did not lead to a position.

While that must no doubt be frustrating, the likelihood of him moving from the pro to college ranks seems small. Given Reid’s track record of grooming head coaches — and the Super Bowl championship — there is no better position to be in than Reid’s understudy.

Since becoming an NFL coach is the end goal for Bieniemy, it is fair to expect he will stay put as Chiefs offensive coordinator for the 2020 NFL season.

Bieniemy is Colorado’s all-time leader in rushing (3,940 yards) and touchdowns (42). He coached at Colorado and UCLA prior to his first job with the Vikings in the NFL.