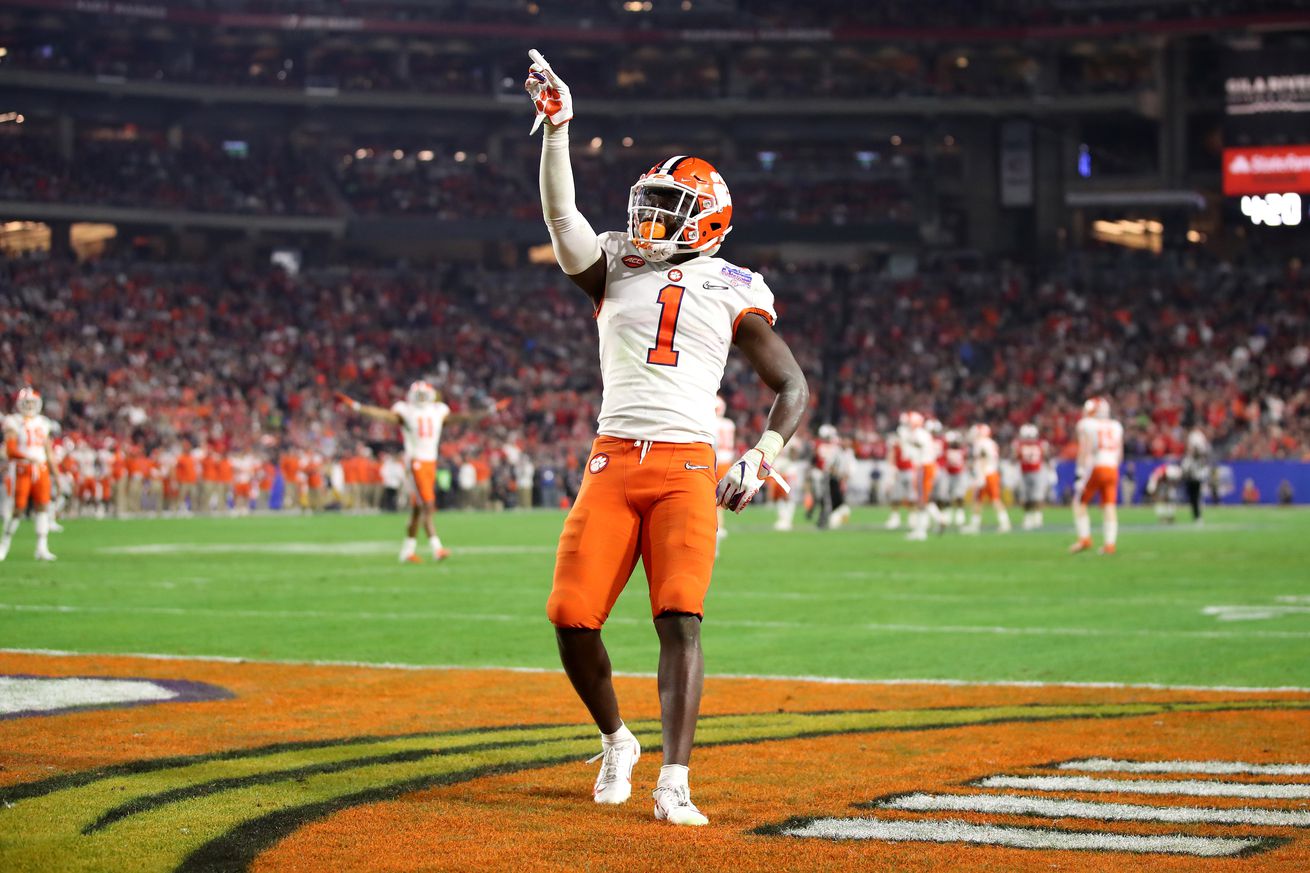 Five weeks into the NFL season — and it’s already time to start having fun with the NFL Draft.

College football may not have a full slate of games going on right now, but the inter-conference schedule every week has made it arguably more exciting than most years.

Each week, there is a game that matters. On top of that, you are almost always guaranteed a ranked-on-ranked matchup in the SEC and ACC, oftentimes netting two top-10 teams. When the Big Ten starts up, that will only continue to stack the slate of games. This week will be no different — with the marquee matchup of Alabama against Georgia.

I’d typically dive in on some prospects at a position of potential need for the Kansas City Chiefs, but this week is special.

This week will be the first Mock Draft of the year! If you are missing what prospects to watch this week, be sure to tune into Alabama against Georgia, and pick any matchup on the field.

In our mock drafts, we will place some emphasis on the current needs of the Chiefs.

If we’ve learned anything about Brett Veach’s draft philosophy, it’s that he does tier his players and pay attention to team needs. He’s not a team needs-only drafter, but he definitely has an eye on the depth chart on opening night.

In 2020, the Chiefs’ weak spots have been quite obvious: linebacker and interior offensive line. Also, both offensive tackles haven’t played their best football so far in 2020.

In addition, the wide receiver room is still heavily reliant on Sammy Watkins and both he and Demarcus Robinson are free agents this upcoming season. The cornerback room has some promising players but still can be taken advantage of. Once you add on a wave of defensive ends hitting free agency, the snaps to make up are quite high.

That’s part of the downside to paying a few star players so much money — it puts a ton of pressure on the front office to hit at a high rate in the draft.

With that being said, let’s dig into this first mock draft and see how we can improve this roster.

The speed and how he utilizes it consistently, even on short/intermediate routes. He’s always threatening vertically knowing defenses have to respect the speed.

Runs coverage off or gets on top of coverage before breaking his stem off pic.twitter.com/JhXKu7hQk9

Olave may not have the prototypical size for an “X” wide receiver in the NFL, but for an Andy Reid offense, he’s right on the cusp. If he can maintain his speed and body control while getting up near 200 pounds, he’s a perfect replacement for Watkins in the Chiefs’ offense. He’s got good speed and tempers his pace very well to be a dominant deep threat when asked. His body control and ability to win at the catch point have also been on display, which helps ease the concern about his ability to play as an “X” WR consistently in the NFL. The big concern with Olave is just adding on that extra size; if there is room on his frame for it — and maintaining the flexibility to snap off routes as quickly as he can.

Kendrick is another guy in a long line of Clemson cornerbacks looking to be a top-100 pick in the NFL Draft. Kendrick was a wide receiver recruit who moved over to cornerback in 2019 because the team was thin at the position. With such limited reps at the position, there are technical flaws and a lack of nuance to some of his techniques. Where he makes up for that is in his movement skills. It feels cheap to just call it athleticism because he moves in such a natural and controlled manner. Kendrick has already looked leaps and bounds better in his zone spacing and leverage points early in the 2020 season and that kind of drastic improvement is going to really drive up his stock if it continues.

Jackson has played tackle at Iowa for three seasons, and he may finish with four seasons of starting experience. He has been a strength of the team the entire time. His lack of top-notch movement ability probably makes him a better prospect on the interior rather than as a tackle, but there is plenty of value in that going into the NFL. He is mobile enough to work in any scheme as an offensive guard and has the power to generate push against bigger defensive tackles. His play style and traits fit the direction the Chiefs appear to be heading in on the interior — adequate movers but power in their base to not give up ground immediately.

Miami OTs Jarrid Williams and John Campbell are going to have their hands full tonight vs UAB’s Jordan Smith.

The 6-foot-7 edge rusher has a lot of power for a guy that’s 255 lbs and destroyed Central Ark’s OL for 9 pressures in W1 ⬇️ pic.twitter.com/L14Y8HLHic

Smith has been a dominant edge rusher for UAB in a similar mold that Marcus Davenport was for UTSA. He shares a similar unique and highly-coveted build with room to continue adding weight and has had no issues wrecking lower levels of competition. Smith has much better technique and lateral agility than the aforementioned Davenport, giving him a little more potential as a pure pass rusher. He is very thin in the lower half and needs to work on filling out his frame to be a three-down player but to replace purely the pass-rush reps the Chiefs will be losing, he is a guy with a ton of upside that fits the mold.

Quality size, quality athlete, quality power, and great technique is probably the easiest way to define Morrissey. He won’t often dominate on a rep but also is rarely beaten and always is doing a good enough job to help the team out. Even on a relatively poor offensive line, he found a way to stand out in a positive way while playing OC. He’ll fit well in any scheme but it’s his smarts and nuanced approach to the position that will get his name called in the draft.

Deng is a crazy compilation of long-limbed, fluid hips and good burst to be playing linebacker on the football field. Playing linebacker may be loosely defining how he plays at this moment, as he’s still learning the game, but the high-end reps are off the chart. He’s a long way from putting it all together, but a guy that is built like Deng is and moves as he does can find a role on an NFL team. He is probably best suited for the SAM linebacker role early in his career with some pass rush prowess, but he has the athleticism to grow into a quality coverage player as well.

Khyiris Tonga grew up playing rugby but fell in love with football later in his childhood. As he grew into a massive human, he relied on his superior mobility and explosive ability to win in the trenches. His first step is evident and when he properly uses his length to generate leverage he becomes a high-end anchor as well. His best trait is probably his balance through contact but he’s just too infrequently caught off guard by blocks that don’t come head on.

Robinson is part of a very talented UCF secondary that may not get the credit he deserves because he plays almost exclusively in the slot. What’s really impressive is how good he is dealing with slot wide receivers despite his length and size. He plays a physical brand of football for a slot cornerback. He’s looking to showcase some more outside cornerback, man-to-man coverage ability, as well as flash more ball skills this year so he can work his way up draft boards.

Being so far out from the actual NFL Draft, this exercise is more about working through draft philosophy and strategy than about specific players. This is a mock that gives the Chiefs immediate help at some positions that need that improvement immediately.

Based on some on-field performances this season and pending free agents, the first five picks should all have a chance to compete for a share of impact reps on the field in 2021 while some of them provide high ceilings at positions that may not need an immediate starter. The NFL Draft is going to be a tricky thing to handle for the Chiefs, whose cap decisions have shifted an incredible amount of pressure on the draft to improve the roster in the future.