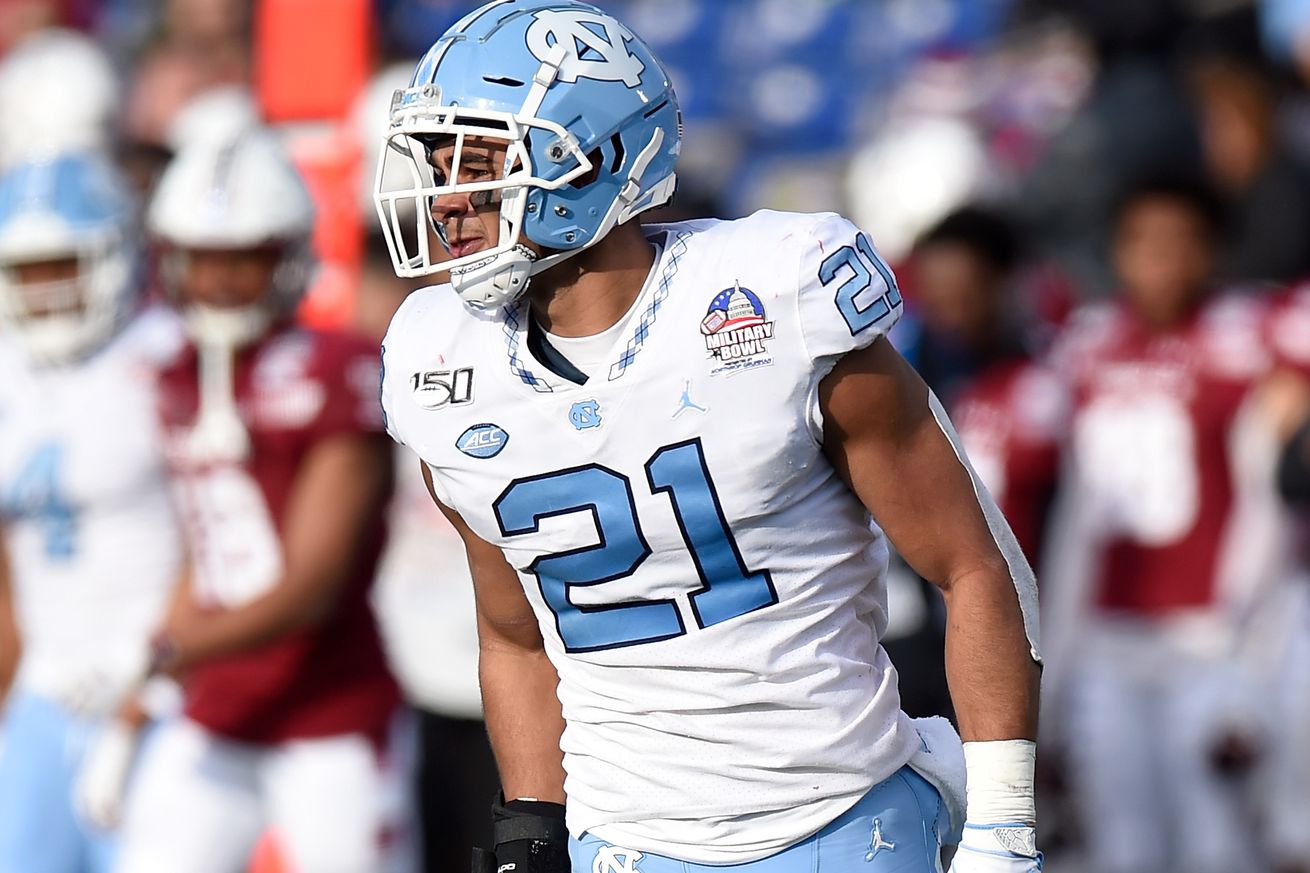 While we watch college games, let’s overreact to what we saw in the Chiefs game Thursday night.

The Kansas City Chiefs looked fantastic in their 34-20 victory over the Houston Texans on Thursday, dominating Houston on both sides of the ball for three quarters before some garbage-time scoring made it look close.

One of the best surprises of this game was how well the rookie class played in their first NFL action. Running back Clyde Edwards-Helaire played like a stud and cornerback L’Jarius Sneed showed why the Chiefs were excited to get him in the fourth round — and even fifth-round pick Michael Danna and undrafted free agent rookie Tershawn Wharton had quality reps.

This is all a testament to how well the Chiefs’ coaching staff has been able to coach them up — and knowing that the Chiefs can draft and plug in these young players makes the college football season even more exciting.

But there were still a few lackluster performances in Thursday’s night’s game. So while we watch college football this weekend, let’s overreact to the Chiefs’ Week 1 game, previewing college prospects who could fill the team’s immediate needs— and some of the top matchups between higher-tier draft prospects.

Whether it’s in downfield man coverage, underneath zone coverage or run fits, it’s pretty easy to point out that the Chiefs’ biggest defensive weakness is the linebacker group.

Very excited for the possibility of LB Chazz Surratt in Mobile next year.

Played QB his first two years at UNC, converted to defense in 2019. Fluid hips, smart player, and has a great handle on route distributions. Athleticism and IQ to be an impact player at the next level. pic.twitter.com/FJGUicl9VI

After playing quarterback in his first two seasons, Surratt started at linebacker last year. He shows the athleticism to stick with tight ends and running backs in man coverage, along with fluid hips and good speed. His quarterback experience allows him to often make savvy reads, quickly identifying specific concepts. As a run defender, Surratt has good range; he’s willing to stick his nose into the trenches and get physical, turning his speed into power. But with limited limited experience as a linebacker, his angles, run fits and tackling technique remain inconsistent.

To boost his draft stock, Surratt will want to showcase more consistency in his run fits and tackling technique. As a coverage linebacker, he’s a quality prospect — but if he wants to push into Round 1, he will need to improve as a run defender.

At 6-feet-4 and 253 pounds, Ossai is closer to the physical mold of a Chiefs linebacker. As a linebacker/EDGE hybrid, he could fit Steve Spagnuolo’s defense well.

I hope UT plays him off-ball more consistently to see him in space/coverage but the block deconstruction and closing speed pic.twitter.com/fYRDmMgXaF

Ossai is another super athlete — this time with great size — who needs to showcase development in his techniques and reads. Ossai doesn’t display super-quick play identification skills — like Surratt does — but he has a quick trigger and the athleticism to chase down anyone. He doesn’t have an innate feel for coverage, but he does have the reactive ability to make plays on the ball — and in front of him.

Ossai’s biggest issue is that Texas uses him all over the field — so for him, growing comfortable at a specific position is difficult. At the next level, he’s probably best suited as an off-ball linebacker. Showcasing a better feel in space could go a long way in his development.

Basham is a big-bodied, powerful defensive end who plays the run and pass equally well. He’s got high-end linear explosive ability — but as a pass rusher, he shows some stiffness when trying to turn the corner. As a run defender, he does a great job using his hands and length to hold the edge; playing back into the B gap, he makes a ton of plays.

Across from Basham will be Jackson Carman, who is the same style of player. He’s a powerful, mauling offensive tackle who has enough athleticism to be functional against most pass rushers.

In the season opener vs. GT, Travis Etienne sets a new Death Valley record for longest TD run as he goes 90 yards to the house, thanks to outstanding blocking from his teammates including a monster block from Jackson Carman.#ALLIN pic.twitter.com/5kHnSszedG

In the run game, Carman can dig out defensive tackles on down-blocks and square up on the second level to dominate linebackers. His feet aren’t particularly quick — in the past, explosive rushers have given him some difficulty — but his power and size allow him to work rushers up the arc.

For both of these players, this will probably the biggest matchup of the season. What happens in this game could have a lot to do with what happens on draft night.

Newsome is a slot receiver extraordinaire with great change of direction ability, crisp routes and the ability to attack leverage on two-way go routes. After getting Lasik surgery, his hands showed a lot of improvement last year — but given his size, he may not have much upside.

Brown is a more traditional outside receiver who is often utilized as a vertical threat. He has good deep speed — and when working downfield, an uncanny ability to stack corners. Brown’s growth will come from working more in the intermediate and short areas of the field — and improving consistency with his hands.

Cisco is a dynamic, playmaking safety who is a turnover machine for Syracuse. He has quality size, loves to fly all over the field and will deliver huge hits. He’s also the epitome of a boom-or-bust player; he’ll make huge plays on the field, but also show over-aggressive reads and poor angles.

Melinfonwu is a raw cornerback prospect, but his combination of length, size, and athleticism is going to appeal to a lot of NFL teams. He’s at his best working vertically — competing with wide receivers downfield — rather than trying to mirror and match near the line of scrimmage.

Any time Newsome is matched up with Cisco — or Brown is against Melifonwu — everyone will be in their element. It should be a fireworks show.