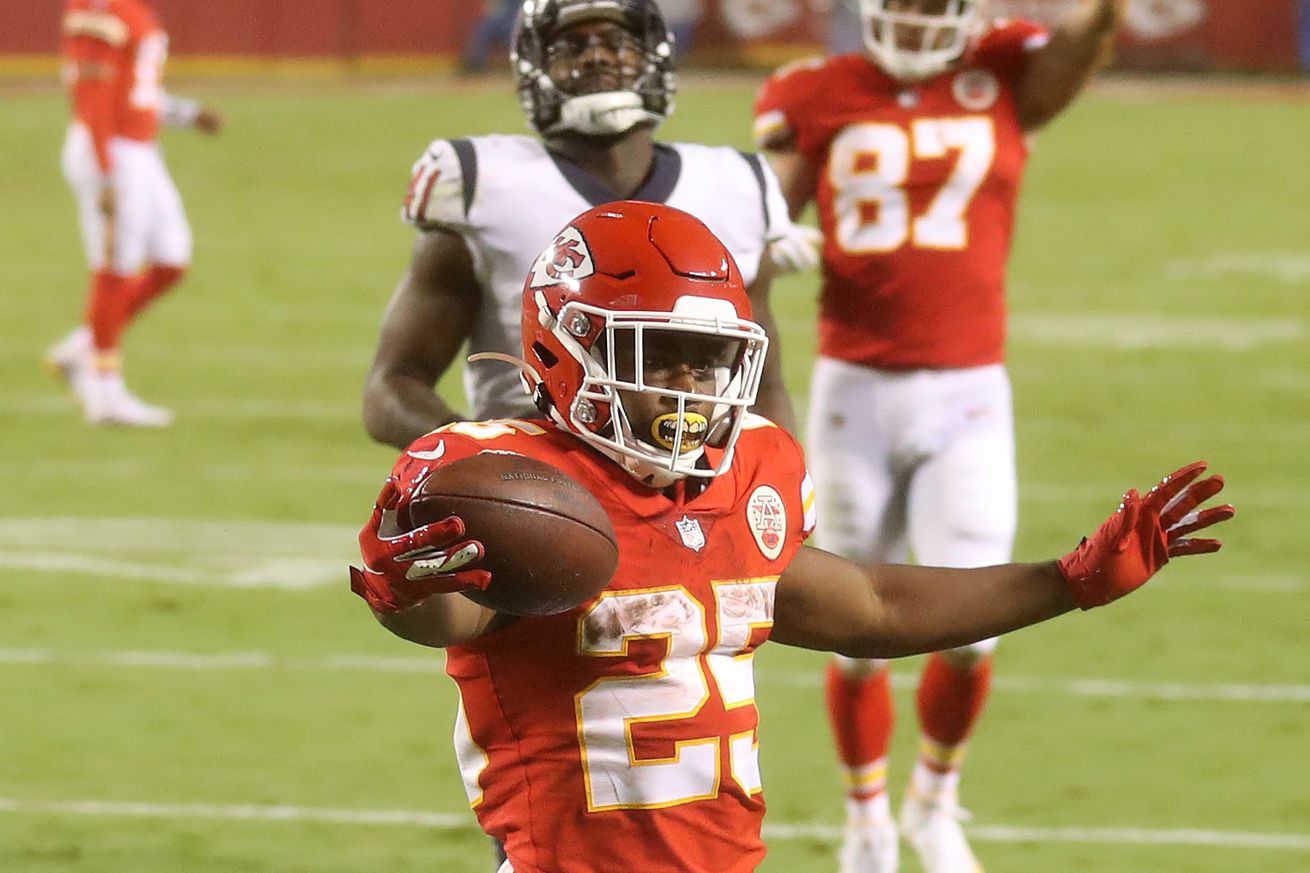 The rookie discussed his 138-yard effort in a post-game press conference.

Kansas City Chiefs running back Clyde Edwards-Helaire made his NFL debut Thursday night against the Houston Texans. And by game’s end, the rookie led all Chiefs’ skill-position players in production.

One of the primary traits that drew the Chiefs to selecting Edwards-Helaire No. 32 overall in this year’s draft was his ability to catch balls out of the backfield, but he did not catch any passes Thursday night. All of Edwards-Helaire’s yards were on the ground.

“I feel like he’s had a good camp,” Chiefs head coach Andy Reid, who ran the ball 25 times with Edwards-Helaire, noted after the game. “He’s a heck of a player and we wanted to give him the ball, but we didn’t come in saying he’s going to get X number of carries, no. But we liked the mix we were able to get going with. And we threw the ball well and caught the ball well and then also ran it well. So, you give the offensive line credit for that against what I consider one of the best defensive fronts in the league.”

Coming into the game, Edwards-Helaire suggested that making his first NFL start would be a nerve-racking experience. He confirmed that he had butterflies prior to his first touch, and they stayed with him until the Texans brought him down for the first time.

“It took a while for the game to get kicked off,” explained the LSU product. “I guess it’s different for the NFL. I guess that’s the difference, so ultimately, when we first ran out, just nerves at an all-time high. But then, as time went on, we just kind of on the field. I was on the field with my brothers, and they made me feel at home. First carry, yeah, I felt a lot of emotions. After I got tackled that first time and rolled up, I just knew, ‘All right, it’s football. Time to roll.’”

And he did, finishing with 138 yards and his first NFL touchdown. With his 27-yard score, Edwards-Helaire became the first player to rush for more than 100 yards and a touchdown in a professional debut since Saquon Barkley in 2018.

The next big thing in the NFL is here pic.twitter.com/5qH0YPgbaA

On the scoring play, Edwards-Helaire shimmied Texans safety Justin Reid out of his shoes.

“I only had one person to make miss,” he said, speaking of Reid. “Watching film throughout the week, watching games from last year, watching the two games that Houston played the Chiefs last year, just knowing and understanding how everybody played on their defense and ultimately, me pretty much being the only player that on offense never got a chance to play them. Just film study. Film study was big for me, and that’s pretty much how that long run happened.”

His dedication to film study has impressed the team’s most important leaders.

“I mean he’s been doing it since the day he got here,” Mahomes said of Edwards-Helaire. “He’s been working hard, he’s been learning from his mistakes and he’s been running the ball between the tackles and catching out of the backfield and so, I thought the offensive line did a great job of giving him holes to run through and he hit it every single time and so, he’s going to keep getting better. It’s another weapon that I kind of have in this offense and we’re going to keep doing whatever we can to keep moving the ball and scoring touchdowns.”

“[Edwards-Helaire] is a tough son of a buck,” added tight end Travis Kelce about the 5-foot-7 running back. “For how tall he is, he’s got the strength of somebody my size. He runs the ball like no one I’ve ever seen at that size. It’s fun to play with. It’s infectious when you see him out there playing his tail off and running his tail off. You want to go out there and block for him and make plays for him as well.”

As Edwards-Helaire spoke to the media following the win, he mentioned that he felt like he was floating — and that he would have been willing to go for another two quarters of football.

That not possible, he revealed what his next four or five hours would look like.

“I’m going to go home, look at the film — literally go through every play, write some things down, probably shoot a couple texts to Deland (McCullough) and other than that, prepare for next weekend, and then whatever adjustments I need to make, make sure I don’t have those same things show up on film.