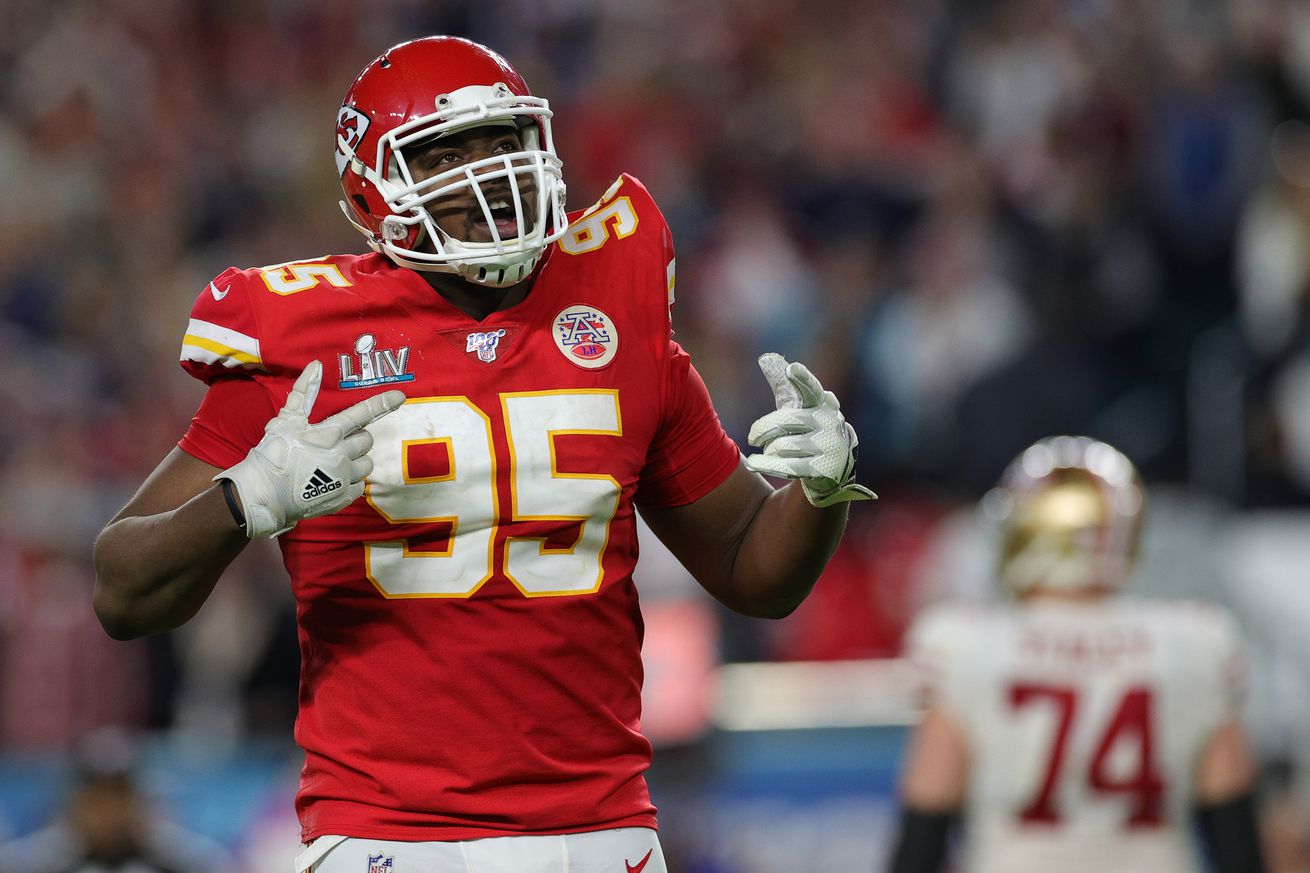 Mike Garafolo: “The Chiefs frankly never did even before the whole COVID situation, never made an offer north of $20 million.”

NFL Network’s Mike Garafolo made as straightforward as a statement we have seen regarding defensive tackle Chris Jones and his contract situation on Tuesday during “NFL Total Access.”

From @NFLTotalAccess, answering the question of which guy deserves to get a contract extension, I went with #Chiefs DL Chris Jones, though with the team not making an offer at $20m per season or more, I don’t think he bites before the deadline to do a deal. pic.twitter.com/tygcsLCXer

GARAFOLO: “[Chris Jones] always viewed himself as a $20 million-plus-per-year guy. The Chiefs frankly never did even before the whole COVID situation, never made an offer north of $20 million. [They] felt like they could get him somewhere below that. A lot of work to be done here if there is going to be a long-term deal for Chris Jones, who was disruptive throughout the regular season and then in the postseason as well — had a pressure in the Super Bowl that led to an interception. This is a guy that has put up the production the last couple years to deserve a long-term deal. Not quite sure it’s going to happen, though.”

Jones, upon seeing the story, tweeted from his official account.

Or I won’t play. @LeVeonBell told me about this

Jones spent some time last offseason with New York Jets running back Le’Veon Bell, who sat out the entire 2018 season with the Pittsburgh Steelers due to a contract dispute.

Just because Im sure Chiefs twitter is already picking up steam on Chris Jones tweet there is a difference between his situation and Bells. Bell was on a 2nd tag which made a 3rd tag prohibitive. Off a first tag you would get tagged again and have to sit 2 years in a row.

The note from Garafolo almost directly disputes that of his colleague, James Palmer, from just four days ago. Palmer’s note suggested that the COVID-19 pandemic was playing a significant part in the holdup.

The conflicting reports are likely the result of the two sides (Jones’ representation and the Chiefs) continuing to be far apart on compensation for a new long-term contract. Jones likely felt he was worth at least $20 million per year before last season, then he led the team in sacks and played a key role in the Super Bowl comeback.

The Indianapolis Colts trading for defensive lineman DeForest Buckner, then agreeing to a four-year deal worth $21 million a year solidified that floor for Jones’ camp.

Here’s the underlying problem of it all: The Chiefs happen to be concurrently working on the richest contract in NFL history for their quarterback during a pandemic while Jones makes a more-than-fair case for the per-year average he is seeking.

The July 15 deadline will pass without a deal, and Jones will eventually sign the franchise tag to make $16.1 million. The scary part of that for the Chiefs is that it sounds like matters are not well behind the scenes and Jones can sit out until Week 10 if he so pleases. Jones hinting at not playing on Tuesday night means he likely won’t be in any rush to reconvene with the team.

He may eventually choose not to sit out, as this is now a new contract year and he will want to give himself the best possible chance to cash in… again.

The Chiefs could tag Jones again after 2020 and then try to move his rights to another team for premium draft compensation. Unless something changes and either the Chiefs or Jones bend before July 15, this will be Jones’ final year in Kansas City.

Keep in mind — a long-term agreement would be a drastic shift based on what has transpired. Neither side has budged in more than 13 months; it isn’t reasonable to think it will happen in the next 14 days.