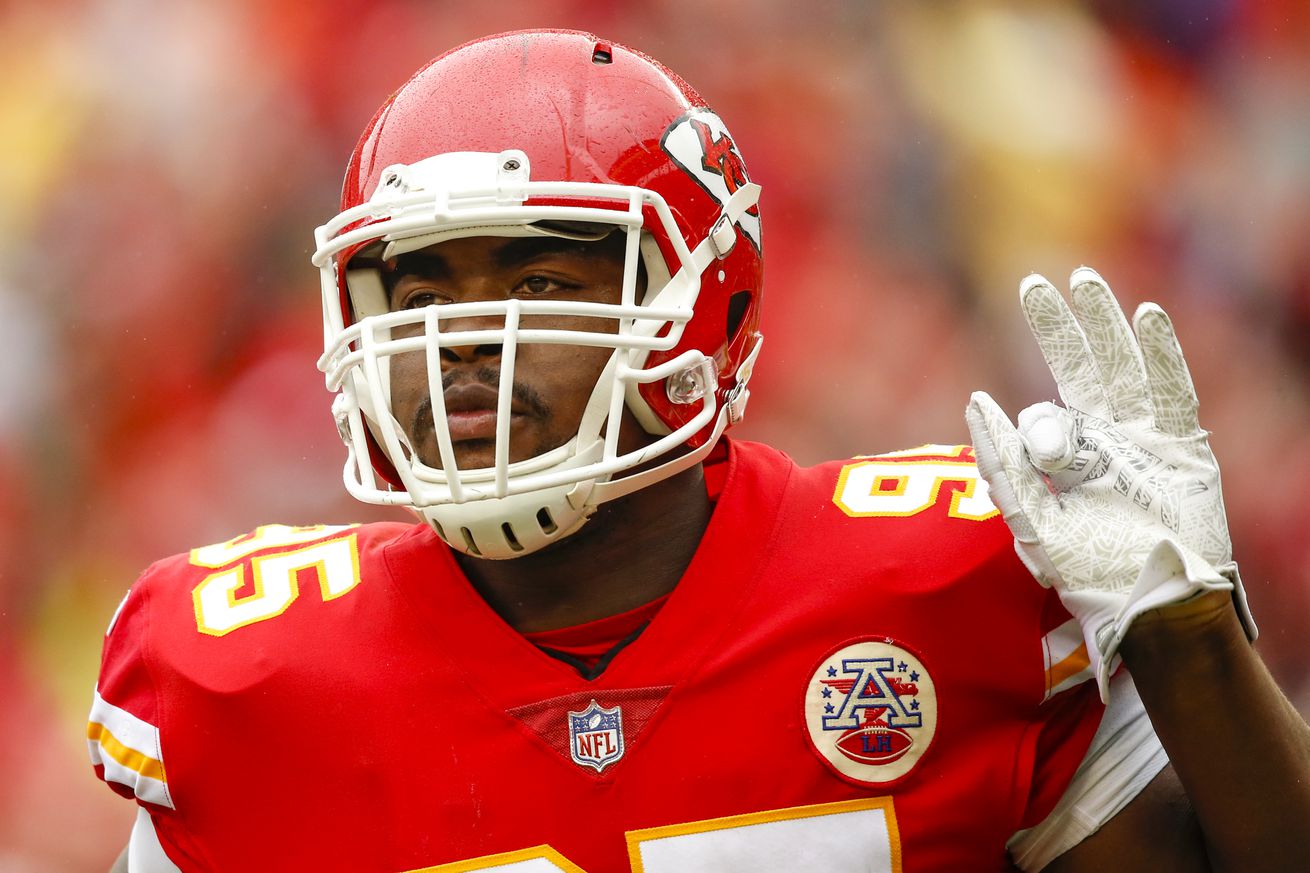 As the Chiefs prepared to place the franchise tag on him, the defensive tackle appeared on Cowherd’s Fox Sports show.

On Thursday, a new report said that the Kansas City Chiefs intend to place the franchise tag on defensive tackle Chris Jones, obligating them to pay Jones a salary commensurate with the best defensive tackles in the league in 2020 — that is, if they don’t trade him to another team or fail to work out a long-term contract with him.

Right on cue, Jones himself appeared on Fox Sports’ “The Herd” on Thursday. And host Colin Cowherd did his best to get a controversial sound bite out of Jones, asking him how he felt about being franchise-tagged.

”I’m mixed emotions,” Jones replied. “I feel a little bit like, uh… [he paused for a moment]. Every team in this league has the opportunity to franchise a good player.”

”I’m the lucky guy.” concluded Jones — with a fair measure of irony.

Cowherd thought that was very funny. Then he said that if he were in the same position, his reaction to management would be more like, “What? I thought you liked me.”

”But the beautiful thing about the franchise tag [is] that it can go one of two ways,” added Jones. “The team can either long-term you to have you for the future, or they can trade you. Either way, I’ll get paid benefits.

”I would be nice to stay in Kansas City and stay with Mahomes,” he said. “What we’re building is exceptional. I feel like we’re building a dynasty. For Brett Veach, it’s about looking at the team, analyzing what you can lose — and what you have to keep.”

While it’s understandable that Jones could feel hurt in the situation — it hard to imagine being in his position without feeling some of that — his responses to Cowherd also clearly show he understands that it’s not all about him.

Even before this exchange in the interview, Jones had said that he had a choice about how to look at the situation.

“It’s like a mix of emotions,” he told Cowherd, “because you figure [that] after four years, [doing] everything the right way — within the team way — you try to stay under the line, out of trouble, and be a good citizen for the team and for the city. [Then] you expect to be rewarded. So when you’re hit with a franchise tag, it can go different ways. You can feel like they’re not valuing you — that they’re not valuing what you can bring to the table. Or you can look at it as giving them time to get their horses in a cage and get something together.”

We found more of the interview on the YouTube clip posted here: