The Kansas City Chiefs had a star player exit practice with an injury today, but early indications show it’s not considered serious.

Chiefs WR Tyreek Hill left practice early after experiencing some clear discomfort while going through individuals drills. After practice concluded, Andy Reid confirmed that Hill was dealing with tendinitis in his left knee.

“Tyreek Hill has a little bit of knee tendinitis, so we kind of pumped the brakes on him,” Reid said. “It just showed up today, so we backed off of him.”

Hill wore a patellar tendon strap out to practice to start the day. Patellar tendon straps are used to help alleviate the pain and discomfort caused by knee tendinitis. Hill wearing this suggests that it wasn’t something that just popped up out of nowhere. The team knew about the knee issue ahead of practice and it was believed to be mild enough that they wanted to see if he could participate in practice. He gave it a go and they dialed him back after some individual work. If it were considered a serious issue, Hill would have sat out of practice without trying to work during individual drills.

A new report echoes these sentiments. According to NFL Network’s James Palmer, the team is not concerned with the injury and doesn’t expect it to be much of an issue, at least for now.

I’m told the Chiefs are not concerned right now. They do not think it’s much of an issue. https://t.co/n9r0KpkgjE

Obviously, the Chiefs will proceed with caution and safeguard one of their stars on offense, just like they did with Travis Kelce when he experienced back and hip tightness early on in training camp. Hill has been through plenty of these practice sessions during his career and will be no worse off if he needs to miss out on some of them. In fact, this could provide an opportunity for some younger receivers to step up and improve their game, with more repetitions available with the first-team offense while Hill sits out of practice.

Expect the Chiefs to ease Hill back into action as his knee feels a bit better over the coming days. 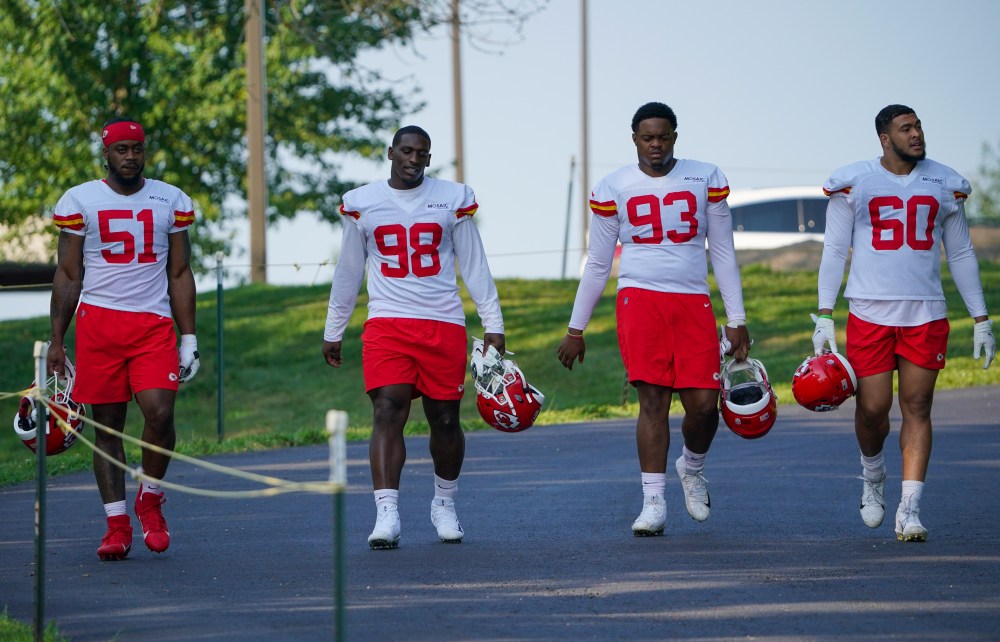