One of the only welcome sights during the Kansas City Chiefs’ loss to the Ravens on Sunday was the emergence of Byron Pringle in the relative absence of Tyreek Hill on offense. Pringle ended the game as the team’s second-most productive receiver behind tight end Travis Kelce. He caught his first touchdown of the season on an explosive 40-yard scamper where he turned on the afterburners to impressive effect.

Pringle isn’t satisfied with the performance, though. He is still motivated to show how much more he has to give against the Chargers in week three to get Kansas City back on track. In comments to the media after Wednesday’s practice, Pringle told reporters that the touchdown was essentially meaningless to him given the outcome of the game.

“I don’t feel well because we didn’t come out with the dub,” He said when asked how it felt to get his first score of the season. “When Pat [Patrick Mahomes] threw me the ball, the middle field was open, and I just turned up vertical and then I made one defender miss. I saw Tyreek [Hill] on the left-hand side of me and his man was guarding him, was coming close to me and I just gave him a right foot in the ground and just outran him to the endzone.”

Such a subdued statement of fact about what was one of the most important highlights of his entire career speaks to Pringle’s desire to do more and get back to winning football games. The agility and flat put speed shown on the play were major works in progress for him, and a result of intense preparation in the offseason, when he slimmed down to become more dynamic with the ball in his hands.

“It felt good being able to move better, feel better,” Pringle explained of the scoring against Baltimore, “[I] have a lot of energy now because I lost weight this offseason and [I’m] just trying to keep improving.”

A question arose regarding what separates him from the rest of the Chiefs’ talented receivers he is competing against for snaps, and Pringle credited a very specific perspective for keeping him at his best on every play.

This mentality was certainly a factor in his decision to downplay the big reception against the Ravens, and shows his humble approach to balancing his personal success with the broader outcome the team seeks. For the uninitiated, a “1-0 mentality” is the idea that the end goal is to go “1-0” or get a win every week in pursuit of perfection. Even if last week’s result wasn’t what Pringle or the team had hoped, they’ve got a great opportunity for a mulligan against Los Angeles in Week 3. That could go a long way toward regaining some of the confidence they left in M&T Bank Stadium last Sunday. 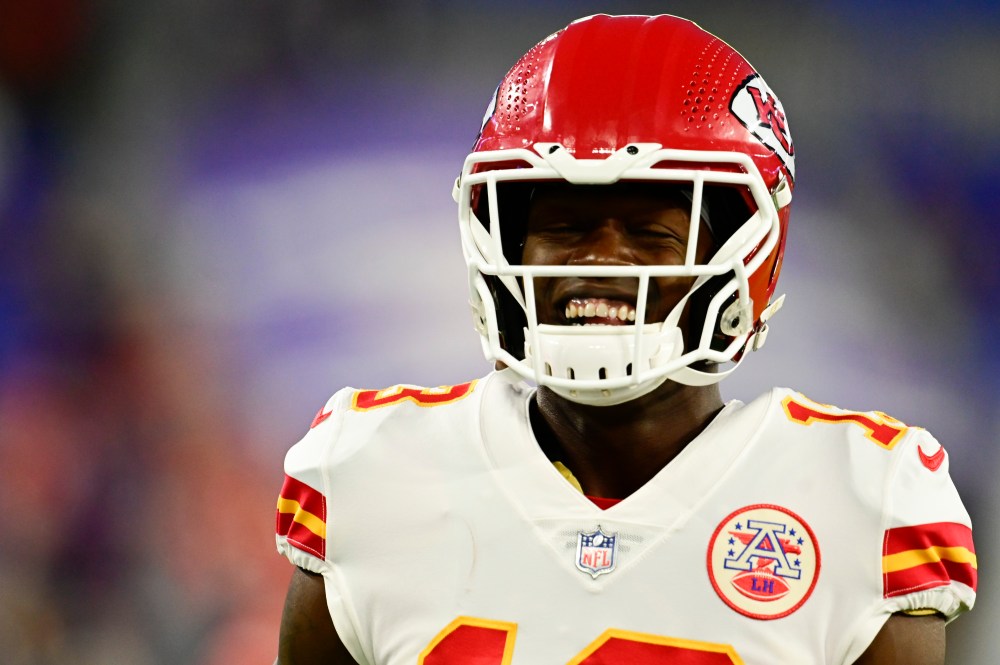