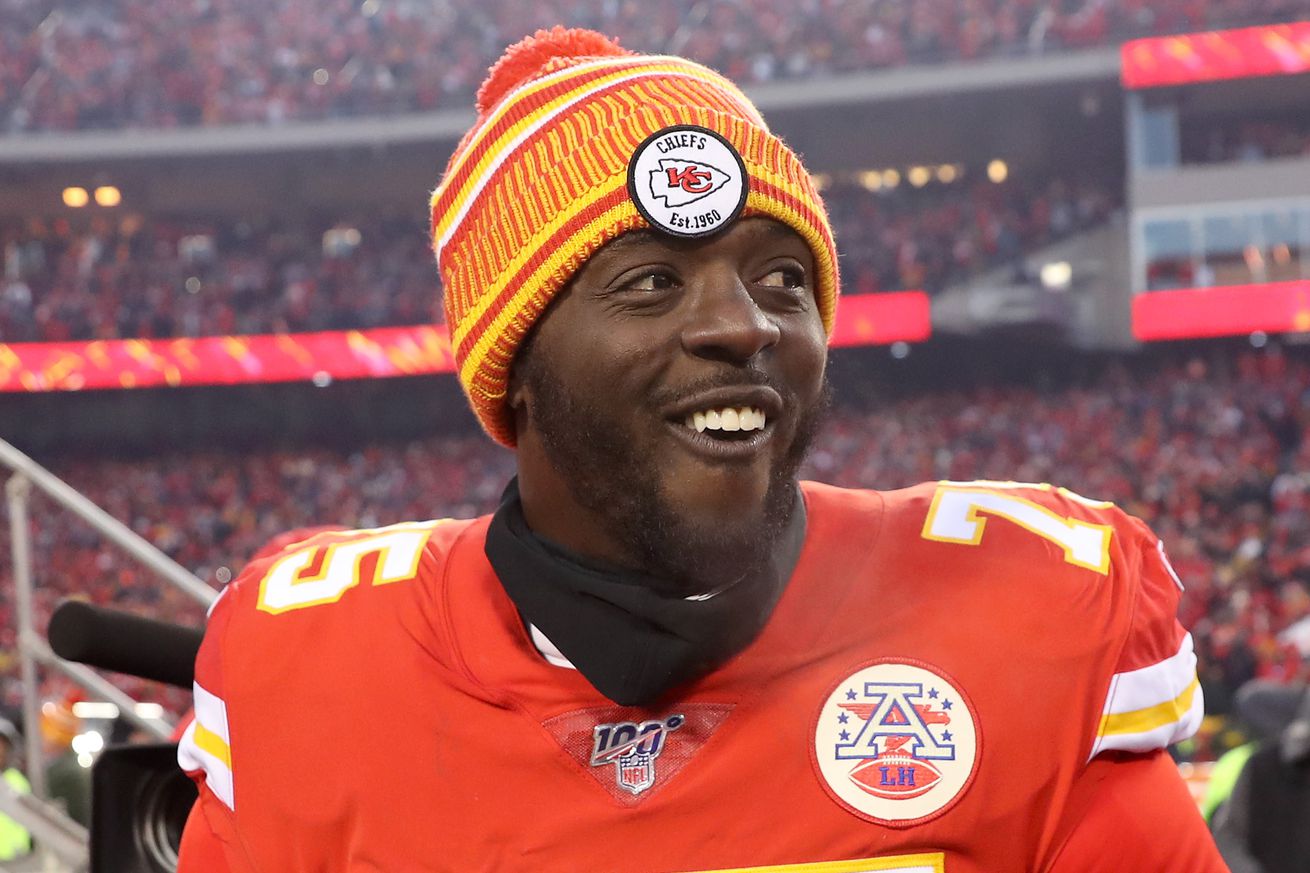 A new report says the team will not exercise its option to bring Erving back in 2020.

According to a report from friend-of-the-site Terez Paylor of Yahoo! Sports, the Kansas City Chiefs will not exercise their option to return offensive lineman Cameron Erving to their roster in 2020.

The Chiefs are not expected to exercise their 2020 option on T/G Cam Erving, a source tells me.

The Chiefs traded for Erving back in 2017, and he spent the last three years with the team — including the Super Bowl-winning season.

Erving started four games for the Chiefs in 2017, leading the team to sign him to a contract extension that offseason. That contract included this 2020 option year, which the Chiefs declined.

In total, Erving started 25 regular-season games during his three-year stay in Kansas City.

Paylor added that this move would clear $3.2 million from the team’s salary cap for the coming season, which as of this writing, puts the club at approximately $19.2 million worth of free space among their top 51 players, according to Spotrac.

That would be enough to afford what would be defensive tackle Chris Jones’ franchise-tag cap hit of around $16.3 million. News that the Chiefs would indeed tag Jones broke on Thursday.

The Chiefs have yet to officially tag Jones with the league. They have until March 12 to do so. The Chiefs need their top 51 players to be under the cap number when the league year begins March 18.

Of course, if a new Collective Bargaining Agreement is agreed upon before then, that would help open things up for the Chiefs. NFL Network’s Tom Pelissero has reported that if the new CBA is enacted, he expects there will be at least $10 million more money available for all teams.