The Kansas City Chiefs will soon officially announce their undrafted free agent signings, but several have already been reported.

As Cole begins his NFL career, his new team might have a different role in mind. Speaking with WNSP Sports Radio on Monday, Cole confirmed reports that the Chiefs had worked him out at the fullback position during his pro day at South Alabama.

“Yeah, that’s definitely true,” Cole said of working out at fullback. “They were the first team that wanted to see me at fullback, and I mean, I’m all for it. The more you can do, the better off you’re going to be so. I’m all for it. I don’t know if that’s still their plan, but I guess we’ll see once we get to camp.”

It’s possible that the Chiefs are planning a full-on position switch for Cole, but you have to go back five years to the last time Cole played on offense. He could also work as a two-way player for the team. It’s rare in the NFL nowadays, with Ravens FB/DT Patrick Ricard the most notable player who plays on both sides of the ball.

“I played a lot of offense in high school,” Cole said. “I actually got recruited to play offense coming out of high school as a tight end. It’s nothing too new, (I’m) definitely going to have to shake some rust off, not doing it for five years. I don’t think it would be too bad of a transition just because I pick up on things pretty easy in concept.”

Whatever position Cole plays with the Chiefs, he knows that he’s going to a great situation. It’s perhaps an even better situation than one he would have gone to had he been drafted.

“There’s always a little bit of disappointment,” Cole said of not being drafted. “But it definitely worked out better going undrafted than getting drafted for my situation. So I think it worked out perfectly and I’m going to a Super Bowl contender team, so I really can’t complain about any of that.”

Cole plans to report to Kansas City on May 12 for his physical and eventually for rookie minicamp. Then he’ll learn the Chiefs’ exact plans for him. For now, he’s just excited to have achieved the first step in his dream of making it to the NFL.

“You know as a kid that’s what you always dream of or hope to get to, but it’s always kind of like on that back burner,” Cole said. “It’s always there, but you never really think about it, especially because my first two years here were kind of rough. It probably kind of went to the back burner and I started doing good my last two years and it was like, ‘OK, I really have a shot at this.’ So I just kind of went all-in on it.”

Whether he’s picking up where he left off as a linebacker at South Alabama, starting anew as a fullback, or both, Cole is prepared to do whatever it takes to earn a spot in Kansas City.

“Whichever gets me on the field first,” Cole said. “I’m not picky.” 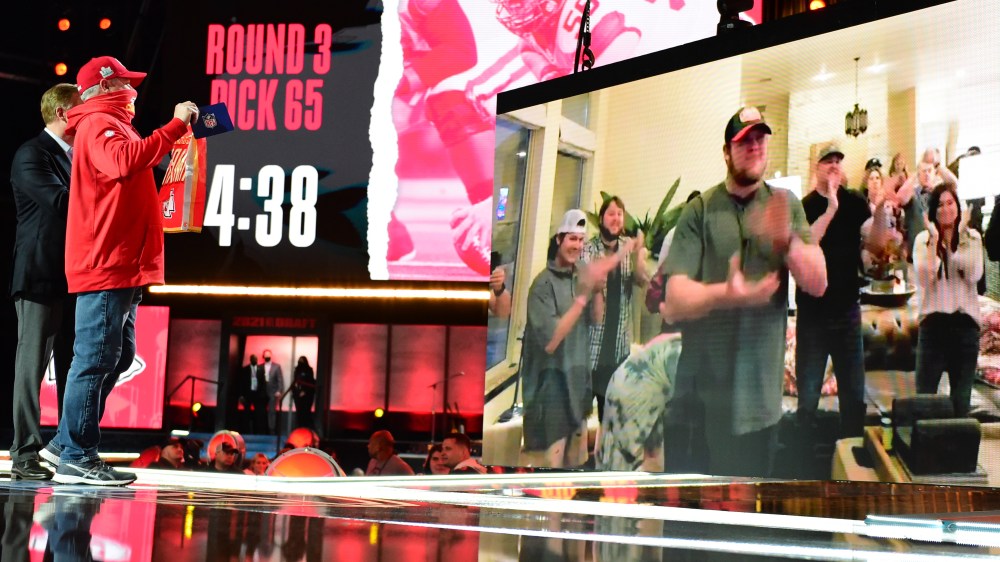