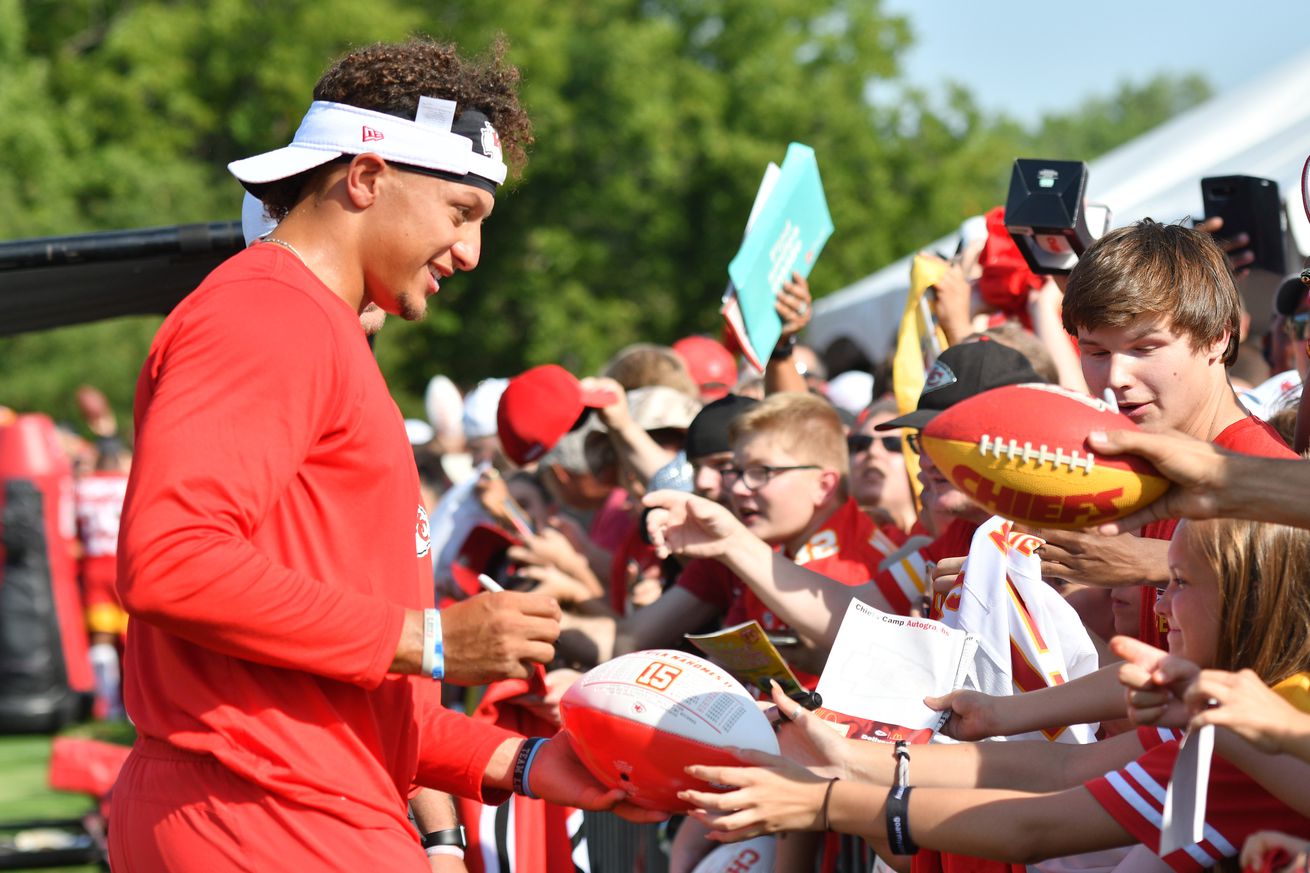 On Friday, the team announced a new deal with Missouri Western State University that will keep training camp in St. Joseph through 2022 — or longer.

Although the Kansas City Chiefs considered some other alternatives, the team has decided to keep their annual training camp at Missouri Western State University in St. Joseph for the next three years.

The new deal with MWSU announced on Tuesday gives the Chiefs the option to extend the deal for another two seasons after that, meaning that the team could remain in St. Joseph through the 2024 season.

Dates and additional details for this season’s training camp will be announced in mid-June.

“Our team researched and reviewed a number of viable options over the past six months. Through those meetings and discussions, we unanimously decided to return to St. Joseph.”

“We are thrilled to announce that we will return to Missouri Western State University and the St. Joseph community this summer, and that we will remain there for the foreseeable future,” Chiefs President Mark Donovan said in a statement. “Our team researched and reviewed a number of viable options over the past six months. Through those meetings and discussions, we unanimously decided to return to St. Joseph. I want to thank President Matt Wilson and Vice President of Intercollegiate Athletics Josh Looney for their leadership throughout this process and we look forward to starting our 2020 season at Missouri Western again this summer.”

“Missouri Western is elated to welcome the champions back home to our campus,” said Wilson in the statement. “Working together with the Chiefs over the past decade has clearly been beneficial for the club, the university, our community partners and the state of Missouri.”

The new agreement includes provisions for the construction of a new seating area on the north end of the practice field the Chiefs use, which is located north of MWSU’s Spratt Stadium. The new seating is being built through a cooperative effort between the university, the city of St. Joseph and Buchanan county. Construction is already underway.

The university is also making renovations to Scanlon Hall, where Chiefs players, coaches and staff are housed during training camp.

The team has held training camp at Missouri Western since 2010. The original deal committed the Chiefs to at least five years at MWSU and 10 years in the state of Missouri. That 10-year commitment ended in 2019.

In late July, the Chiefs acknowledged they were listening to offers from other venues — some of which were out of state.

“I think somebody is going to have to come in here and overwhelm us to take it away from St. Joe,” Donovan told reporters at the time. “We’ve had a great relationship here, but those things happen in business, so we’ll see what happens.

“I would tell you that our relationship with St. Joe, and with Missouri Western specifically, is really good,” he added. “We’ve had our stumbles. We’ve had our obstacles that we’ve had to come over and we just find ways. That’s what we will do with this. We’ll just take a step back after camp. We’ll sit down and we’ll talk about what’s out there, we’ll talk about what they want to do, and we’ll make a decision.”

One of the options the Chiefs had was to hold its training camp at its own state-of-the-art training facility on the grounds of the Truman Sports Complex in Kansas City — something that more and more NFL teams are opting to do. But even during last year’s training camp, Donovan made it clear that as far as head coach Andy Reid was concerned, training camp needed to be away from home.

“He likes being away at this time to build the camaraderie,” he told the press. “Brett Veach, our general manager, also thinks it’s an advantage to get the guys away. You eat together, you sleep together, you play together, you practice together, you meet together, you’re around each other a lot more. Especially as you get into the season with new guys coming in, it’s a great introduction to our culture as a team and as an organization.”

Donovan also said that being close enough to Kansas City for fans to come to practice was helpful to the team.

“Our players feed off the energy,” he said. “It is a little different when you’re practicing in front of the fans than when you are just grinding, especially when you get to the second half of camp. We think that’s a big advantage.”

At the time of Donovan’s comments last summer, we conducted a poll of our readers. 77% said they would support the team remaining in St. Joseph.

On Friday, those fans got their wish.