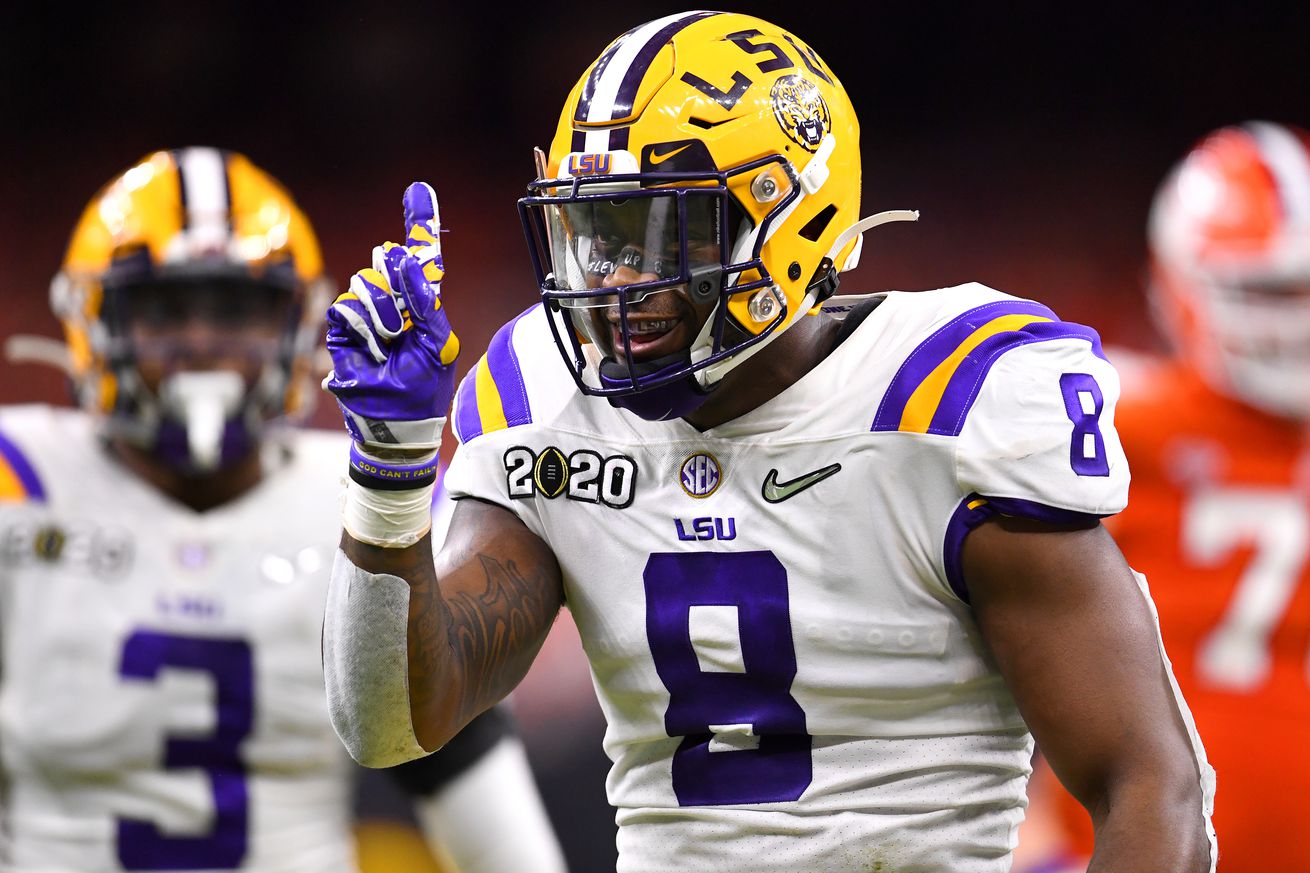 Kadar has the Chiefs going big to try to improve the linebacker position in the 2020 draft.

The 2019-20 NFL season is over, which means your Super Bowl champion Kansas City Chiefs — I will never get tired of saying that — are going to get the opportunity to add some pieces to their roster.

In this pre-combine, pre-free agency period, many draft analysts are putting out mocks to get the discussion going on where teams will try to add talent. With the Chiefs picking 32nd in the draft — due to winning the Super Bowl — they’ll have to get creative to land top talent at some positions of need.

The latest mock draft from Dan Kadar does just that, having the Chiefs trade up to the 27th pick in the draft to select linebacker Patrick Queen from LSU.

This trade was just as much about Seattle’s penchant for making deals than anything else. The Chiefs might want to move up to snag Queen before the Packers take him. Queen is a player I think will get hot leading up to the draft, and the Chiefs badly need linebacker help. The team’s other big need — running back — can be found at any point.

Queen is a very interesting prospect that has skyrocketed up draft boards after a strong close to his collegiate career. He’s got sideline-to-sideline range, length to scrape around blockers or stack and shed in the box, and he’s got fluid hips to drop into coverage against running backs and tight ends. He comes in under Steve Spagnuolo’s typical linebacker weight at 227 pounds but should be able to put a little weight on his frame without slowing him down. From a Chiefs’ perspective, he’s just what the doctor ordered as a three-down WILL linebacker.

Of course, there are some negative aspects to his game — namely, a lack of experience. Queen earned a starting role in the 2018 season but lost it to Michael Divinity to start 2019. Queen took over full-time after Divinity left the team. His lack of experience showed early when reading plays between the tackles, missing some reads and ending up in the wrong gap. He also had inconsistent block deconstruction early. He knew what he needed to do but struggled to execute on a down-to-down basis. That said, he improved immensely down the stretch and played arguably his best football of the season in the playoff games.

Fit with the Chiefs

From a player/fit aspect, acquiring Queen makes perfect sense for the Chiefs, and at a major position of need. However, the compensation given doesn’t quite match the trade-up math. According to Rich Hill’s modified trade value chart — taking into account recent trades and adjusting Jimmy Johnson’s original model — the Chiefs would be giving up assets equivalent to the 21st pick in the draft, not the 27th. That’s a big difference, especially when it’s depleting the Chiefs’ sole second-round pick. The Chiefs could give up the 32nd pick in the draft and their third-round pick — pick number 96 — and that would be a much more reasonable trade, netting about the value of the 26th pick in the draft.

I expect the Chiefs to pursue a linebacker in free agency or the draft this offseason. Brett Veach tried to acquire a three-down WILL linebacker in Darron Lee during the 2019 offseason, and he tried to draft one in the 2018 NFL Draft class in Dorian O’Daniel.

Spagnuolo didn’t trust either to play a significant role in the stretch run, relying on a slower, heavier linebacking corps to get the job done. If the Chiefs can work out the right compensation to go up and get a linebacker of Queen’s athletic ability and upside, the ripple effect in both outside run defense and in coverage could be massive in 2020.