The Kansas City Chiefs had an important void to fill during the 2021 NFL draft.

While Sammy Watkins hadn’t been at his healthiest in 2020, his role within the Chiefs’ offense was vital in their success in seasons prior. After Watkins left Kansas City to join the Baltimore Ravens in free agency, the team knew they had to find a player to fill that void. They were unable to reel in any free agents, but they’d have another opportunity to find some in the 2021 NFL draft.

Fans anticipated the team would invest in the position early on, but they didn’t strike until their second-to-last pick on Day 3, taking Clemson WR Cornell Powell.

“Cornell, he’s got a lot of ability in him as a receiver, and you got to see it more in the second half of the season,” Chiefs area scout David Hinson told reporters on Saturday. “He kind of started coming into his own, he got used to playing and you could see him really try to dominate and make plays. I think our coaches and us, we see a lot of potential in this kid even as a late-round pick. He knows how to run routes, he’s strong, he’s got strong hands and he makes plays.”

The Chiefs had a little inside information on Powell prior to his 2020 breakout with the Tigers. Davis Velilla interned with the team at Chiefs training camp in 2019, recommended the team take a closer look at Powell.

“The funny thing about this kid is one of the interns that we had in training camp a couple of years ago from Clemson said, ‘Hey, this guy, I think the lights turned on,’ and he was talking about Powell,” Hinson explained. “And he came out, and he’s kind of shown what our guy said. It’s nice when you’ve got an inside scoop on a guy that’s  going to be a good player or turn into a good player.”

After drafting Powell, the team will be replacing one former Clemson wide receiver in Watkins with another. Watkins has the pedigree of a first-round draft pick, but both players have similar size and explosion, with Watkins being a hair faster than Powell.

“He’s going to be like our post-up receiver,” Chiefs Director of College Scouting Ryne Nutt said of Powell. “Like Dave (Hinson) said, when you see this kid he’s big, he’s strapped up, he’s got big muscles, he’s strong, he’s very good after the catch, that’s kind of where he shines, so who better to use him than Coach Andy Reid. A Hall of Fame head coach, he finds where your  receivers are, what they’re best at, and then he’ll play his game up to that, and I think this kid is going to be great for our offense and kind of filling in where Sammy (Watkins) left off.”

The team didn’t necessarily target or plan to get Powell ahead of the draft. The draft board just fell in a way where Powell was available and fit that key need for the team.

“It kind of worked out in both regards,” Chiefs GM Brett Veach told reporters on Monday. “He was again, going back to the mindset that works all weekend, he was the best player available, but he, ironically enough, did fill that kind of post-up position. He’s a 6-foot, 210-212 pound receiver, he’s big, strong, physical. Production-wise, he had a monster year this year, but leading up to that, the production wasn’t always there. He had some injuries that he dealt with, and obviously, Clemson has a lot of talent. This year he really kind of tapped into that potential, and if you look at the second half of his season last year, that was as good as any wideout in the country. I mean he was just ripping off big game after big game and certainly showed what he could do versus Notre Dame and the bowl game versus Ohio State.”

The Chiefs feel they got great value, being able to grab Powell in the fifth round. They think that he can continue to grow and tap into his potential in Kansas City, going from Trevor Lawrence to Patrick Mahomes, while also adding a different and much-needed skill set to an already potent offense.

“(We) love his skillset and from where we are on our roster, with Mecole (Hardman) and with Tyreek (Hill), he’s going to be a great compliment as the next receiver,” Veach said. “That big size, really good after the catch, strong player. So just think it’s a great fit and great value there, and we’re excited to work with him and see how he can add to an already dynamic offense.” 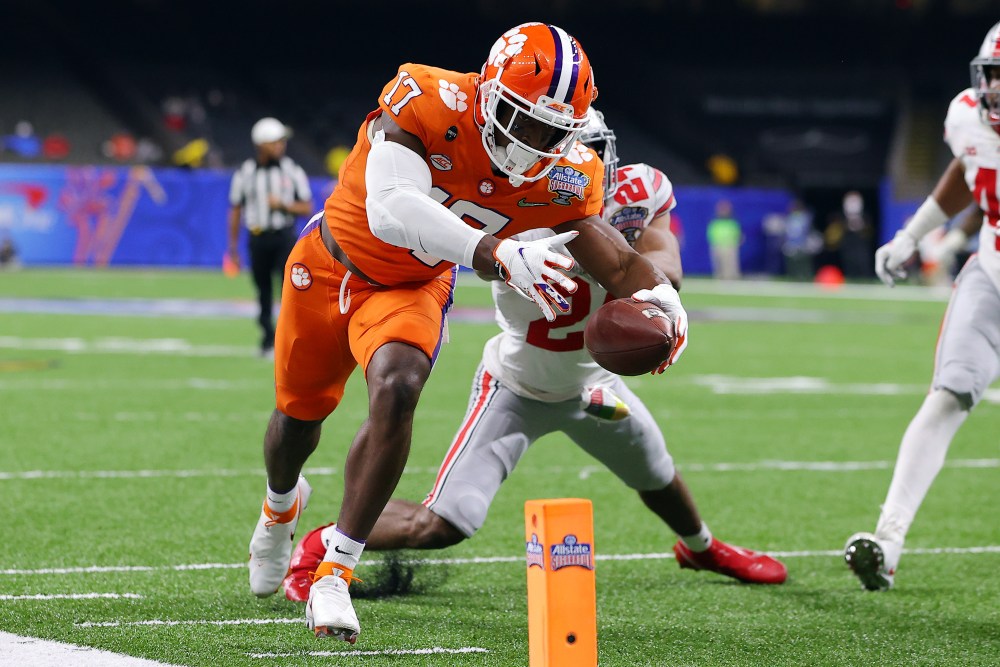