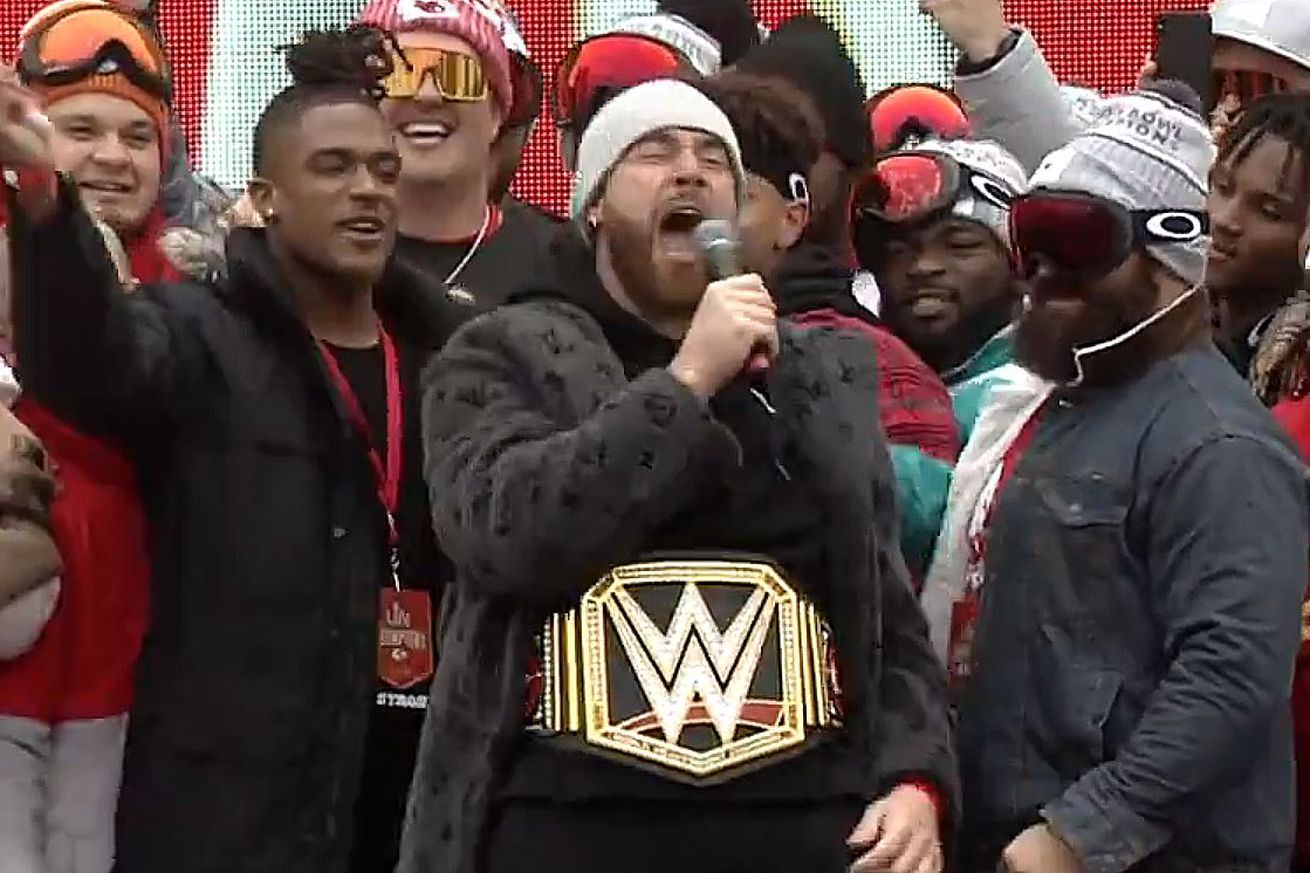 If you weren’t able to attend — or watch in real time — we have the high points.

The KSHB hosts had plenty of opportunities to talk to former Chiefs players who were in Kansas City for the festivities.

Along with former Chiefs executives.

It wouldn’t be a celebration with a million participants without a few sour notes. But thankfully, the most significant one occurred early in the day — and no one was hurt. Everyone along the parade route saw it it happen.

By 10:30 a.m. Arrowhead Time — an hour before the parade was set to begin — the crowd had become very large.

The parade got off right on time at 11:30 a.m. The route ran from 6th and Grand in the River Market south to Pershing Road, then turned west to Union Station.

The Lombardi Trophy started in the bus that carried head coach Andy Reid and owner Clark Hunt. But as the buses drove the route, it was carried from bus to bus.

It was the second time in his career that defensive coordinator Steve Spagnuolo has had a chance to wave around a Lombardi Trophy after holding back what was perceived to be an unstoppable offense.

The Super Bowl MVP was riding at the back of one of the last buses. And he was clearly enjoying himself.

Then the team was introduced. Both Andy Reid and Patrick Mahomes spoke. One of them had more to drink than the other.

But neither had as much to drink as Travis Kelce. Note: this is labeled “Raw Video” for good reason.