Though it won’t count for much at the end of the season, the Kansas City Chiefs’ win against the 49ers in the first game of their preseason schedule seems to have set the tone for the team moving forward. After returning 21 of 22 starters last year, Kansas City has a plethora of new talent all over the roster after loading up in the offseason following their loss in the Super Bowl.

Motivated as ever to secure another championship, this Chiefs squad seems to have a different mentality than in previous seasons. With expectations of winning on the biggest stage as they did in 2020, there is an aura of confidence and swagger about Kansas City headed into this year’s schedule.

The edge that Patrick Mahomes gives the team is obvious, but it’s their all-around well-balanced and carefully constructed roster, top to bottom, that makes them a Super Bowl threat. On special teams especially, the Chiefs have a well-oiled machine where up-and-coming players can make a name for themselves before contributing on offense or defense.

Special teams coordinator Dave Toub is perennially regarded as a potential head coach candidate for teams seeking a rebuild. That’s because Toub has made the Chiefs’ punt and kick squads a huge asset to the team, and given Kansas City a consistent edge against less well-rounded opponents.

In a press conference after practice on Tuesday, Toub shared his thoughts on the Chiefs’ special teams unit after the team’s preseason win against the 49ers. Speaking first of his second-year punter Tommy Townsend, Toub told reporters he was impressed with what he saw on Saturday.

“You can’t watch that game without noticing Tommy Townsend,” Toub said.  “He was outstanding for us. You saw him have those kind of days in practice where he bombs the ball, but we’ve just never seen him transfer it to a game like he did. It was really good to see. He had seven punts and he was really bombing the ball and placing it where we needed it especially the one that went out on the one-yard line. That was amazing.”

While Townsend’s job is secure, other players, especially those on the fringe of the Chiefs’ depth chart, are hoping to impress Toub in a secondary role on special teams to make the final 53-man roster. His input could make or break the dreams of any number of players on the team, and Toub made it clear that cutting down the roster during the preseason process is no easy feat.

“You know, it’s hard,” Toub explained about roster cuts. “Sometimes you lose guys that you want to keep, but you go in, you make your arguments for guys and they have to be solid offensive or defensive players first obviously. Then it’s our job to turn those guys down the line into really good special teams players and that’s the way it works. We don’t keep a lot of players just because they play special teams. That’s not what’s really happening here. They got to play offense and defense first and then we turn them into better players.”

With such a sterling track record of player development, Toub has already made an obvious impact on the current Chiefs roster. Guys like Marcus Kemp, Dorian O’Daniel, and Ben Niemann have all been involved in the special teams game in previous years, and look like locks to make the team again this season.

One surprising addition to Toub’s crew in Saturday’s game was cornerback Mike Hughes, a former first-round pick by way of Minnesota that Kansas City traded for this offseason to shore up the secondary. In his new role as a kick returner, Hughes seems to have impressed Toub, who made a point to comment on his performance to the media.

“He did a nice job,” Toub told reporters. “We put him in there as punt returner and kick returner. The kick return he really hit it, did a nice job. I told our guys to come out no matter where the ball was kicked, that’s why he came out eight deep. Everybody got under a block, they did a good job blocking. We were one block away from scoring on that play, but he really hit it. It was encouraging to see him do that and we knew he had return ability and it was good to see it in a game.”

The Chiefs’ trip to Arizona this weekend will give Toub another opportunity to assess the talent at his disposal. With rugged competition all over Kansas City’s roster, his experimentation with different players in new situations on punts, kicks, and returns could culminate in a few personnel decisions that might surprise some fans. There is a premium on versatility for this team that has become something of an identity. If Toub can get even a little extra out of anyone on the Chiefs’ roster, it could give them the edge they need to win another title. 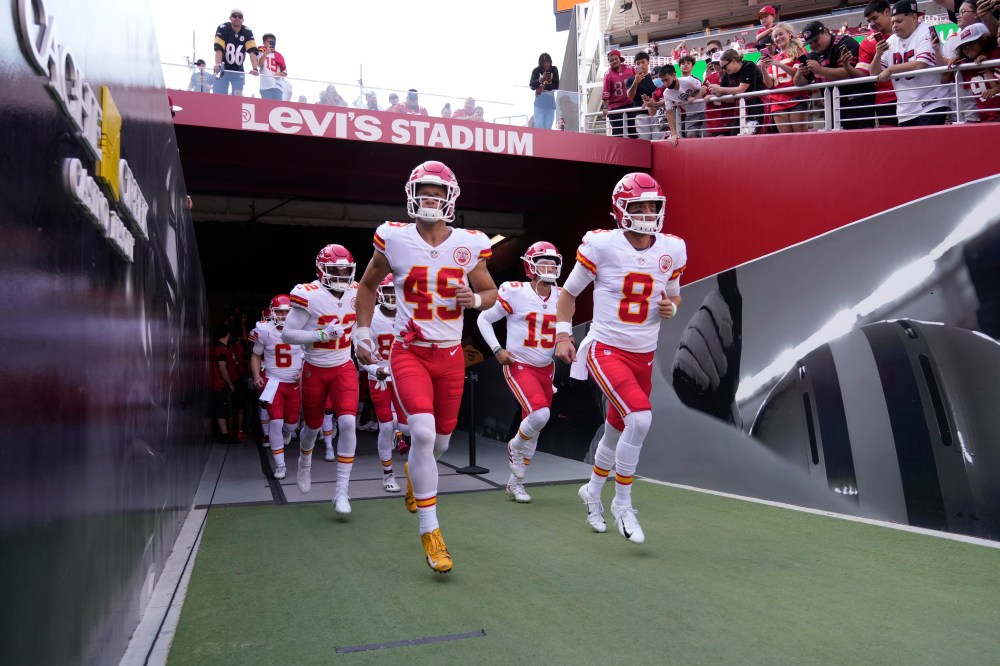