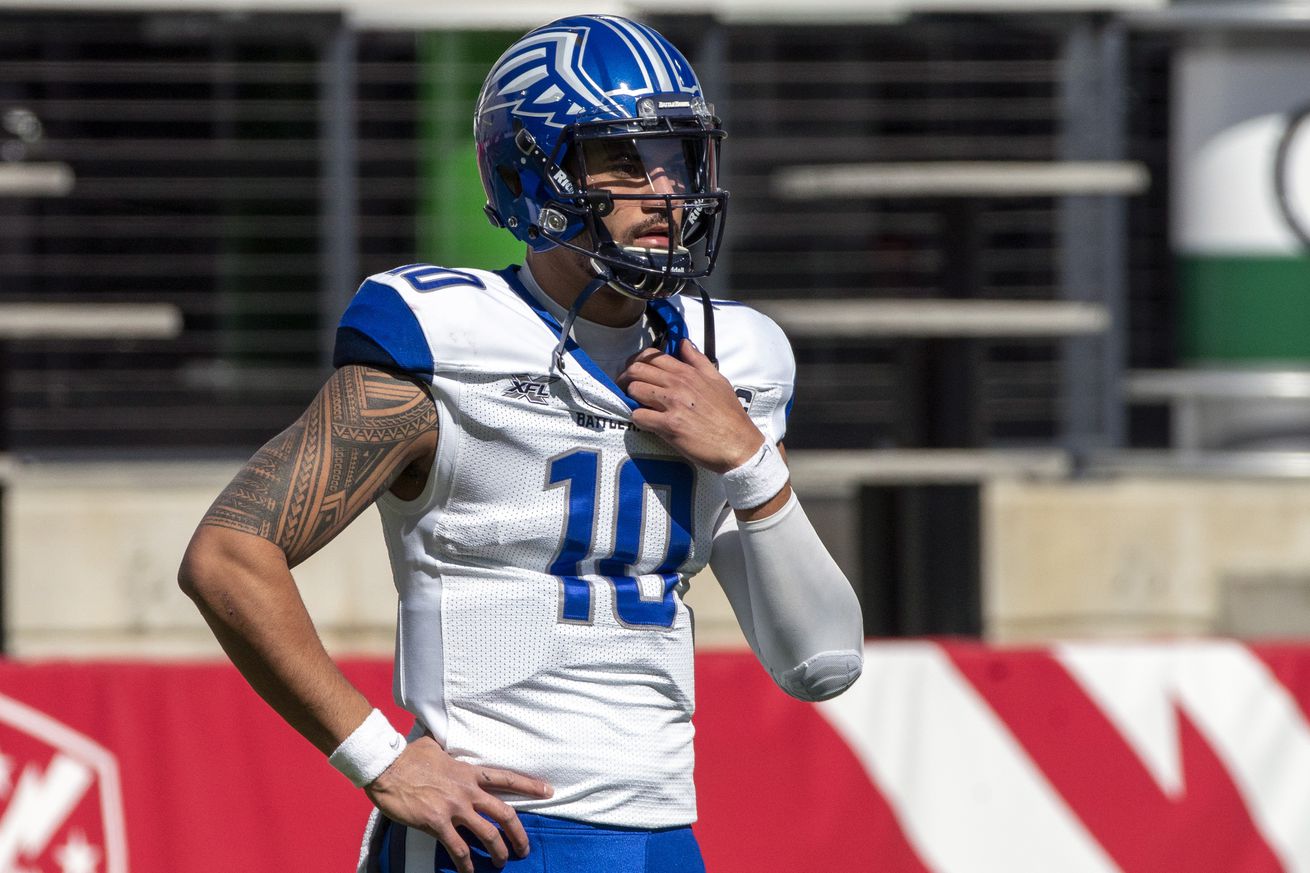 The former St. Louis Battlehawk does not have to travel far as he re-enters the NFL.

The Kansas City Chiefs have signed quarterback Jordan Ta’amu to a one-year contract, according to his agent, Kenny Zuckerman.

Ta’amu, 22, went undrafted out of Ole Miss last year and spent time in training camp with the Houston Texans. Released in late August by Houston, Ta’amu landed with the St. Louis Battlehawks of the XFL, becoming one of the league’s best players.

Ta’amu led the Battlehawks to a 3-2 record before the league had to cancel the rest of the season due to the coronavirus outbreak. He finished third in passing yards (1,050), only behind Josh Johnson and PJ Walker, who is now a member of the Carolina Panthers. A dual-threat QB, Ta’amu finished seventh in the league with 217 rushing yards.

Ta’amu will enter a quarterback room with Patrick Mahomes, the recently-signed Chad Henne and Kyle Shurmur. Prior to 2018, Chiefs head coach Andy Reid had favored keeping three quarterbacks on the active roster but kept two in 2018 and likely would have kept two in 2019 had it not been for Chad Henne’s ankle injury late in the preseason.

Henne will be the Chiefs’ backup, but Ta’amu should provide interesting competition for Shurmur when it comes to the team’s practice squad roster spot. Thanks to a new Collective Bargaining Agreement, teams will have 12 practice squad spots to work with in 2020.