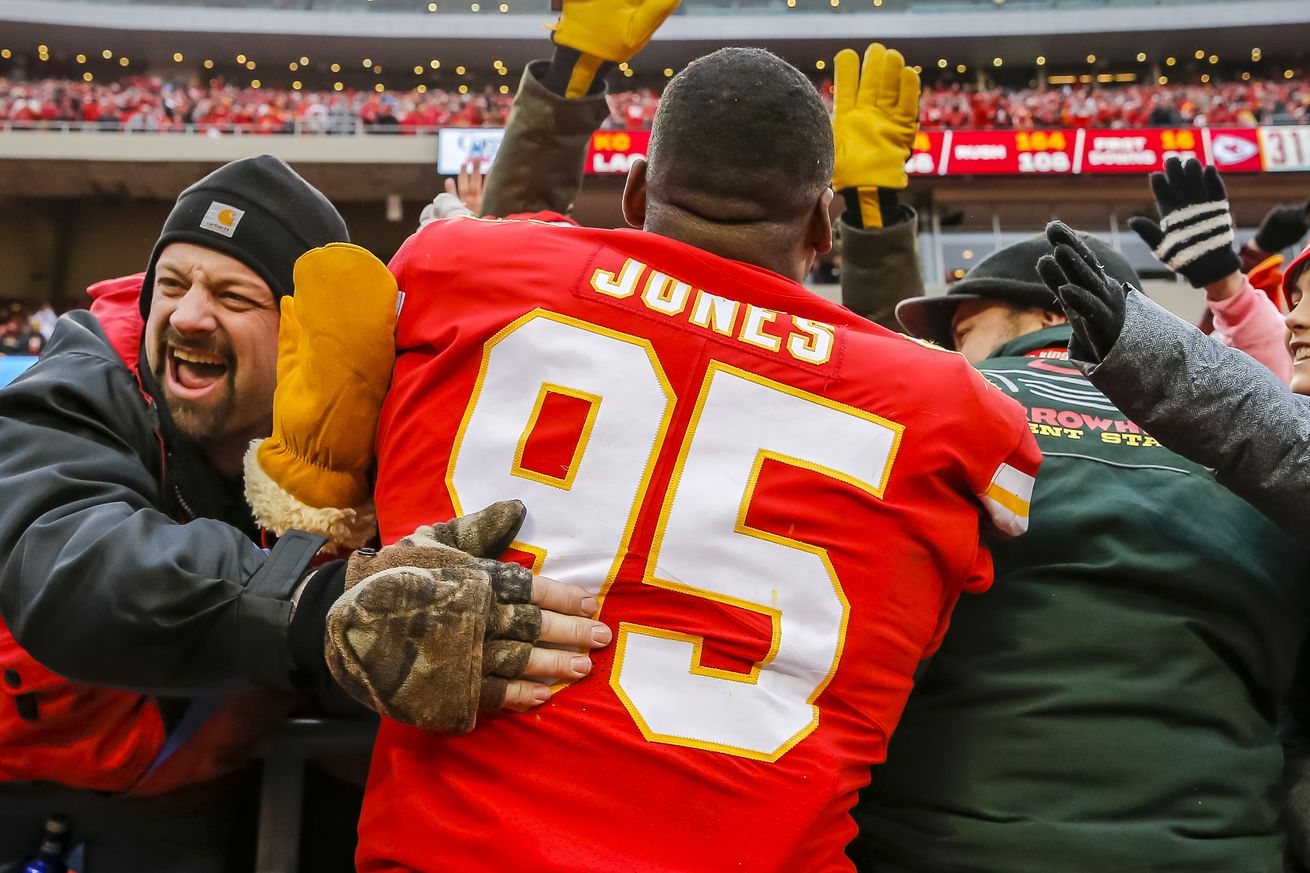 After a very long time, the Chiefs finally make a deal with their star defensive tackle — right on the deadline.

According to a report from ESPN’s Chris Mortenson, the Kansas City Chiefs have signed defensive tackle Chris Jones to a long-term contract.

Chiefs get it done with Chris Jones

According to ESPN’s Adam Schefter, it’s a four-year deal.

NFL Network insider Ian Rapoport says that the deal is worth $85 million, including $65 million guaranteed.

The #Chiefs and star DT Chris Jones have reached an agreement on a 4-year extension worth $85M, per the Katz Bros. $60M total guarantee upon signing. A long time coming, but Jones gets his deal, and KC locks in a big one.

The salary-cap site Spotrac weighed in with some quick context.

And then some additional details first reported by Schefter.

Jones, 26, is now signed to the team through the 2023 season. And reports now say that the deal didn’t — as expected — give the Chiefs much salary-cap relief for 2020.

From NFL Now: How do you do a big-money deal in a pandemic? DT Chris Jones took no signing bonus and will make roughly the same in 2020 as he would’ve on the tag. The #Chiefs gave him a lot more guaranteed money. Smart work on both sides. pic.twitter.com/FhN0RjaHlK

With just over 24 hours remaining before the NFL deadline at 3 p.m. (Arrowhead Time) on Wednesday, Jones is now the league’s only franchise or transition-tagged player to be signed to a new contract.

The team has considered Jones’ deal as one of their priorities ever since the end of the 2018 season. But a year ago, other things kept getting in the way — such as the drama surrounding wide receiver Tyreek Hill, the trade for defensive end Frank Clark and the free-agent signing of safety Tyrann Mathieu. As it turned out, all three players ended up playing vital roles in the team’s 2019 Super Bowl LIV victory — the Chiefs’ first since the 1969 season.

The trade for Clark was widely seen as an indicator that the Chiefs might move on from Jones after the coming season, but this signing makes it clear that the team has always wanted to have both Clark and Jones on the roster.

Jones also had to wait his turn when the Chiefs moved on to making their deal to extend quarterback Patrick Mahomes. But as it turned out, Mahomes 12-year, $503-million contract (signed just over a week ago) did need to be done first; even with its record-setting numbers, the deal left Mahomes’ salary-cap numbers for both 2020 and 2021 virtually unchanged, giving the cap-strapped Chiefs the ability to make the deal with Jones.