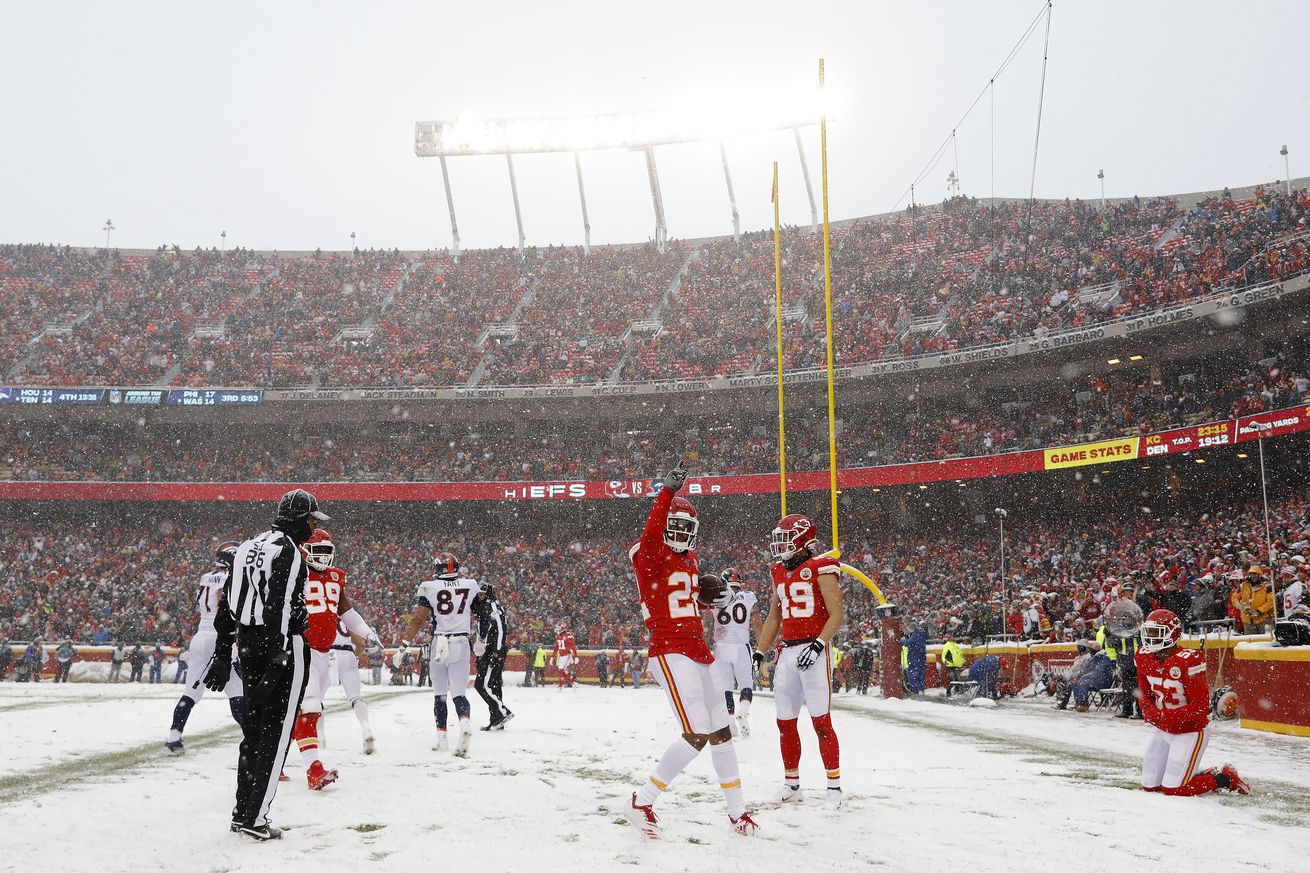 Taking a look at the Chiefs safety group heading into the 2020 season.

Kansas City Chiefs football is almost upon us!

As players are beginning to report to a slightly-different looking Chiefs camp, we at the AP Nerd Squad are breaking down each position group. We’ll be taking a look at the stars, the up-and-coming contributors and make a sleeper pick for each grouping to help get ready for camp to kick off.

Without further ado, let’s get to the Chiefs safeties!

The safety group for the Chiefs is one of the few on the team that seems fully settled. Tyrann Mathieu and Juan Thornhill seem locked in as the base safeties, and Daniel Sorensen is one of the first players inserted when the Chiefs shift to their sub packages. Meanwhile, Armani Watts is one of Dave Toub’s trusted special teamers and a Brett Veach draft pick.

The Chiefs only added two players to the position group in 2020 — both as undrafted free agents. Rodney Clemons from SMU and Jalen Julius from Mississippi will try to make their way into the defensive back room, and new cornerback L’Jarius Sneed has safety experience.

Tyrann Mathieu was absolutely EVERYWHERE this week — blitzing effectively, stealing a TD from the #1 WR, an INT that didn’t count, blowing up a third down screen, and a beautiful PBU out of the slot late.

He was an absolute MONSTER all game long. pic.twitter.com/EOHGCFx97X

The “Honey Badger” had a strong claim to be the defensive player of the year with the way he finished the season for Steve Spagnuolo’s defense. Truly a chess piece, Mathieu lined up as a slot cornerback, deep safety and in the box to play the run. Spagnuolo started Mathieu in more of a “robber” role to begin the season, but after Kendall Fuller’s injury, he transitioned him heavily to the slot.

Mathieu’s moniker throughout the season was that he was “too smart” — pointing to his helmet and staring down the opposing sideline. He proved it to be true time and time again by jumping routes, blowing up runs and screens and baiting quarterbacks into ill-advised decisions. Mathieu’s film study translated well to the field, as he seemed to almost be in the opponent’s huddle with the way he was able to quickly process and react to the play to force a negative gain.

Mathieu was also able to change the culture of the defense for Spagnuolo and lead the large number of new players on a new defense. With a year under his belt and so many returning starters, it’s expected that Mathieu will be able to resume his high level of play in 2020. Chiefs fans should expect even bigger things from Mathieu this season.

New kid on the block

Juan Thornhill continues to develop as a player and has shown glimpses of top safety play.

CHI in 3×1, KC showing pressure off passing strength. CHI checks to a bubble. Mathieu rolls deep, alert to Thornhill. He drives downhill, forcing WR back inside then sheds to make tackle. pic.twitter.com/9ytglfTVBB

Juan Thornhill’s quick development in 2019 makes it seem like he’s been in Kansas City for years. A true deep safety, Thornhill showed the range and instincts to give Spagnuolo a lid on the top of his defense.

Thornhill learned on the job early, rotating the first few weeks with Sorensen until Spagnuolo could trust him to carry a heavier load. After he fully claimed the starting spot, Spagnuolo was able to move Mathieu and Sorensen around the secondary and opened up the defense to some more exotic coverage calls.

Thornhill had adjusted to the speed of the game shortly before his season-ending injury, and he was becoming a regular impact player for the Chiefs. If he’s fully recovered at the start of 2020, there is little reason to believe that Thornhill won’t take yet another step and give the Chiefs one of the league’s best safety tandems.

Lack of speed likely limits to 2-high looks but the eyes and ball skills will play there. pic.twitter.com/vpq8AC9DhD

Spagnuolo loves smart safeties, and Clemons is no exception. The lottery ticket has excellent vision as a deep safety and understands route distributions well to break at the appropriate time. He is a hard-hitting safety who is not afraid to run the alley and attack a run play.

Clemons also has a knack for the ball, as evidenced by the 27 pass breakups and seven interceptions in his collegiate career. Spagnuolo places a premium on ball skills in the secondary — as can be learned by the team’s additions in the 2020 offseason — so Clemons should fit right in with the group.

Clemons will be limited in his responsibilities on the back end for the Chiefs. He had the second slowest 40 time among safeties at the NFL Combine in 2020. He would likely be asked with split-safety duties by Spagnuolo, which the coordinator was comfortable operating out of in 2019. Clemons has the football IQ and ball skills to not only make this team but potentially make it on the field in seven defensive back packages.

Spagnuolo felt comfortable keeping five safeties on the roster in 2019, and I would expect that to stay the same in 2020. With Jordan Lucas in Chicago and Kendall Fuller in Washington, the Chiefs will need to rely on more than just a returning Juan Thornhill to fill out their safety room.

Mathieu, Thornhill and Sorensen should get the clear reps for the Chiefs defense, but what about the remaining dime/quarter package snaps? Barring a surprise cut from another team, Watts and Clemons are the likely rosterable safeties. Both have strong ball skills but are somewhat limited athletically compared to the rest of the room.

Most of Spagnuolo’s four-safety snaps are split-safety in nature, which helps protect Watts and Clemons from having to cover large sections of the field. Both could excel in that role and have the ability to make an impact, even in limited snaps.

Both would be factors in the Chiefs special teams — who will it be?