Kansas City Chiefs fans were pleasantly surprised on Monday when rookie LB Willie Gay Jr. made his first career start. Most had hoped that Gay would be an immediate contributor, however, through the first three weeks of the NFL season, he’d played just 15 defensive snaps. He’s since remained patient and hard at work, which paid off on Monday when the Chiefs played the New England Patriots.

“Each and every week is a growing point for me, from practices to games, to meetings,” Gay told reporters on Thursday. “Hopefully, the way I’m planning forward to go for myself with personal goals is every week just continue to build and get better, see more time as the season goes on. Those first three games were just time for me to learn more. Once again, just each and every week, just try to improve.”

Most of Gay’s 25 defensive snaps in Week 4 came in a role that many didn’t expect him to play, the SAM linebacker position. Many felt his athleticism made him a shoo-in on the opposite side as a WILL linebacker. As a result of the position he’s currently playing, Gay has yet to be targeted in pass coverage and awaits the opportunity to get involved in the passing game.

“Well, you know, sometimes you’ve just got to wait your turn,” Gay said. “I’m coming onto a team where it’s loaded. It’s stacked, guys already in positions that have been here a while. You’ve got people playing the positions that have been here six or seven years, so I’m a rookie, I’m just waiting my turn. Hopefully, one day I can get the opportunity, I know I will, but I’m just playing my role for right now.”

The place where Gay can improve the most right now is the mental aspect of the game. It was clear at times when he was on the field that he needed to rely on veterans like Damien Wilson and Anthony Hitchens to get him lined up in the right spot. All of that will come with time according to defensive coordinator Steve Spagnuolo.

“Listen, Matt House and Britt Reid keep me abreast of the development of Willie,” Spagnuolo said on Thursday. “I’ve said this before, we try to play as many guys on the defense in the course of the game as we can. I think it keeps everyone involved in the game plan. That’s just another step. Willie steps in there. Ben (Niemann) gets a lot of his reps in our sub-packages. I think he’s helped us inside on the bigger stuff. We’ll see where the count number goes based on the packages that we put out there. It’s hard to tell based on what the Raiders put out there. For any rookie challenge, the chin to the hairline, mental reps are the most important thing. That just comes with getting out there and playing. We missed that with no preseason games and a normal training camp. He gets better every week, that’s the important thing.”

Gay will need to work to master his current role on the defense before he sees opportunities at other spots. Spagnuolo thinks that he can help defend the run when the team faces 21, 22, and 23 personnel groupings. Right now, the Chiefs are among the worst in the NFL defending the run with 644 rushing yards allowed through the first quarter of the season.

“Well, my role right now is to just play against big personnel groups and wherever Coach wants me other than that,” Gay said. “With the Patriots game, it was the perfect scheme to just be in the box, play in the run a lot because they wanted to run the ball a lot, obviously. Each and every week it might change a little bit, so we’ll just see what happens going into the next week and weeks after that.”

This week shouldn’t be much different for Gay. In fact, he should see the field often given how often the Raiders run out of 21 and 22 personnel groupings. It’s likely that he sees an increase in snaps in Week 5.

Another thing that Gay has realized as a young NFL player: The work is never done.

“Even if I get one snap, there’s always something I can fix to make myself better to only help the team,” Gay said. It could be something as simple as my stance, so small things like that.”

Gay’s individual improvement each week will help lead to team success. There will be some growing pains along the way, but this rookie is clearly trending in the right direction in Kansas City. 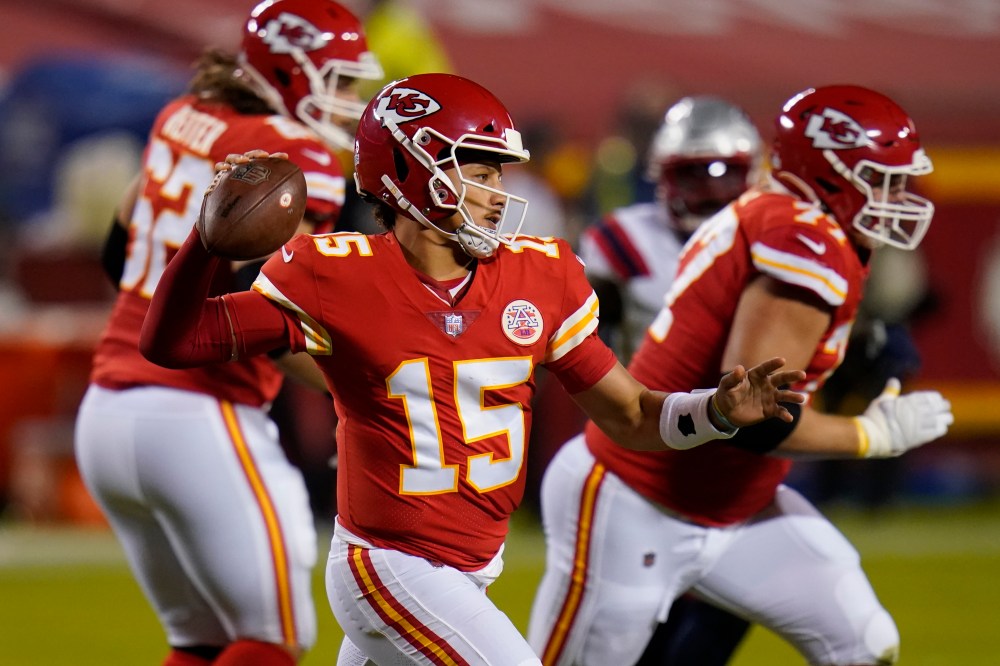