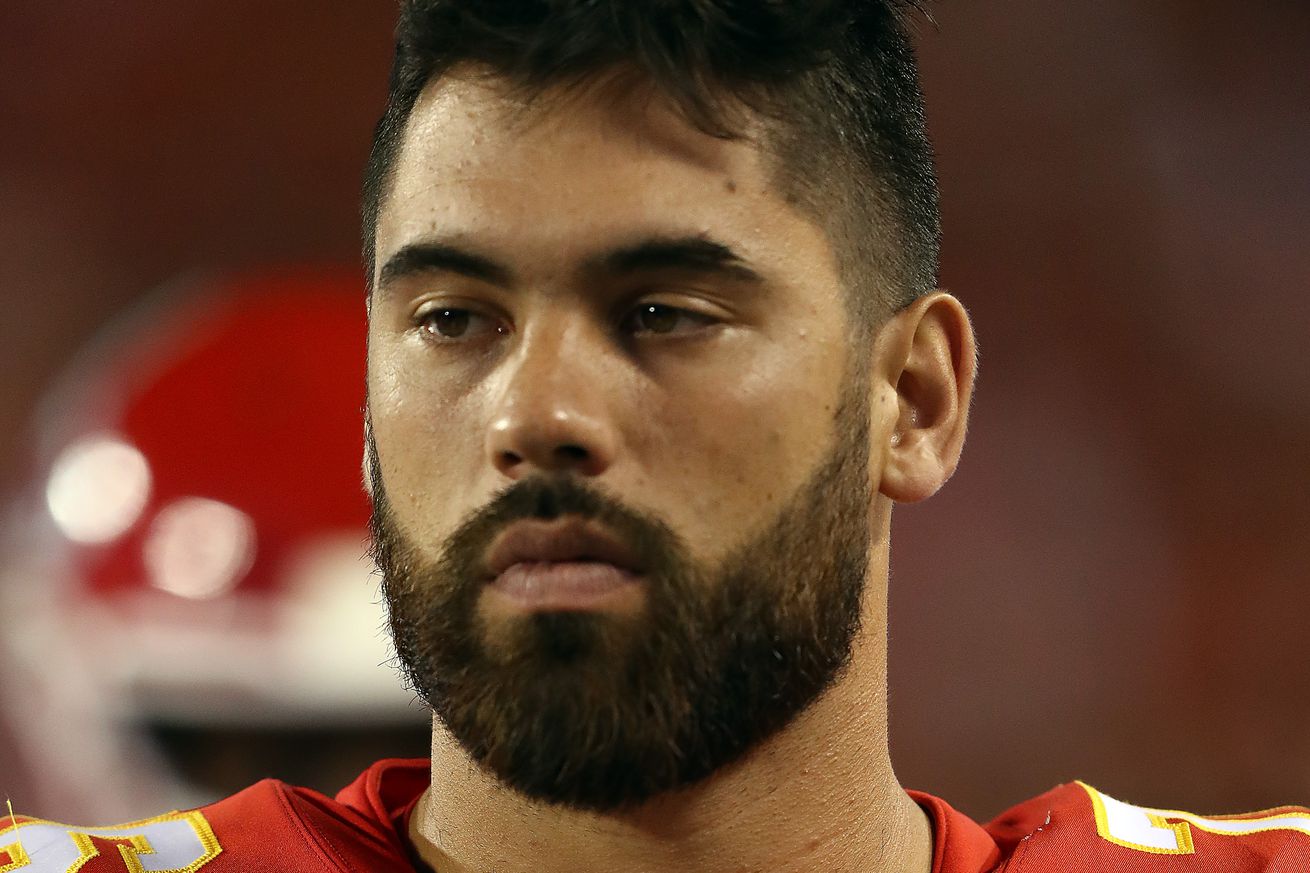 According to a report, the Chiefs have improved their salary-cap position by restructuring the contract of their starting right guard.

According to a report from friend-of-the-site Terez Paylor of Yahoo! Sports, the Kansas City Chiefs have restructured the contract of starting right guard Laurent Duvernay-Tardif.

While the precise details of the restructure are not yet known, we can tell you that according to Spotrac, Duvernay-Tardif’s contract is set to pay him $6.4 million in base salary in 2020. A $437,000 roster bonus, a workout bonus of $50,000 and $2 million in prorated signing bonus make his cap hit $8.9 million for the season.

If the restructure is similar to the one given to defensive end Frank Clark in mid March — where a portion of Duvernary-Tardif’s base salary is converted to signing bonus and spread into the last three years of his contract — the move could clear as much as $3.7 million in cap space. His contract currently extends through the 2022 season, when he will be 31 years old.

Duvernay-Tardif suffered a fractured fibula in 2018, missing the rest of the season after being injured in the Week 5 game against the Jacksonville Jaguars. While he started 14 games in 2019, his play took a step backward — creating speculation that the team might be considering releasing (or trading) the French-Canadian offensive lineman.

That speculation may now be laid to rest. Duvernay-Tardif will certainly remain with the team in 2020 — and most likely for the season beyond that.

While the exact figure is unknown, the Chiefs had very little cap space remaining — likely well below $100,000. While the Chiefs might have made this move in order to create the salary cap space they will need to sign the rookies they’ll be drafting this weekend, they don’t necessarily need that space right away. That suggests another move may be coming just before — or even during — the NFL Draft.