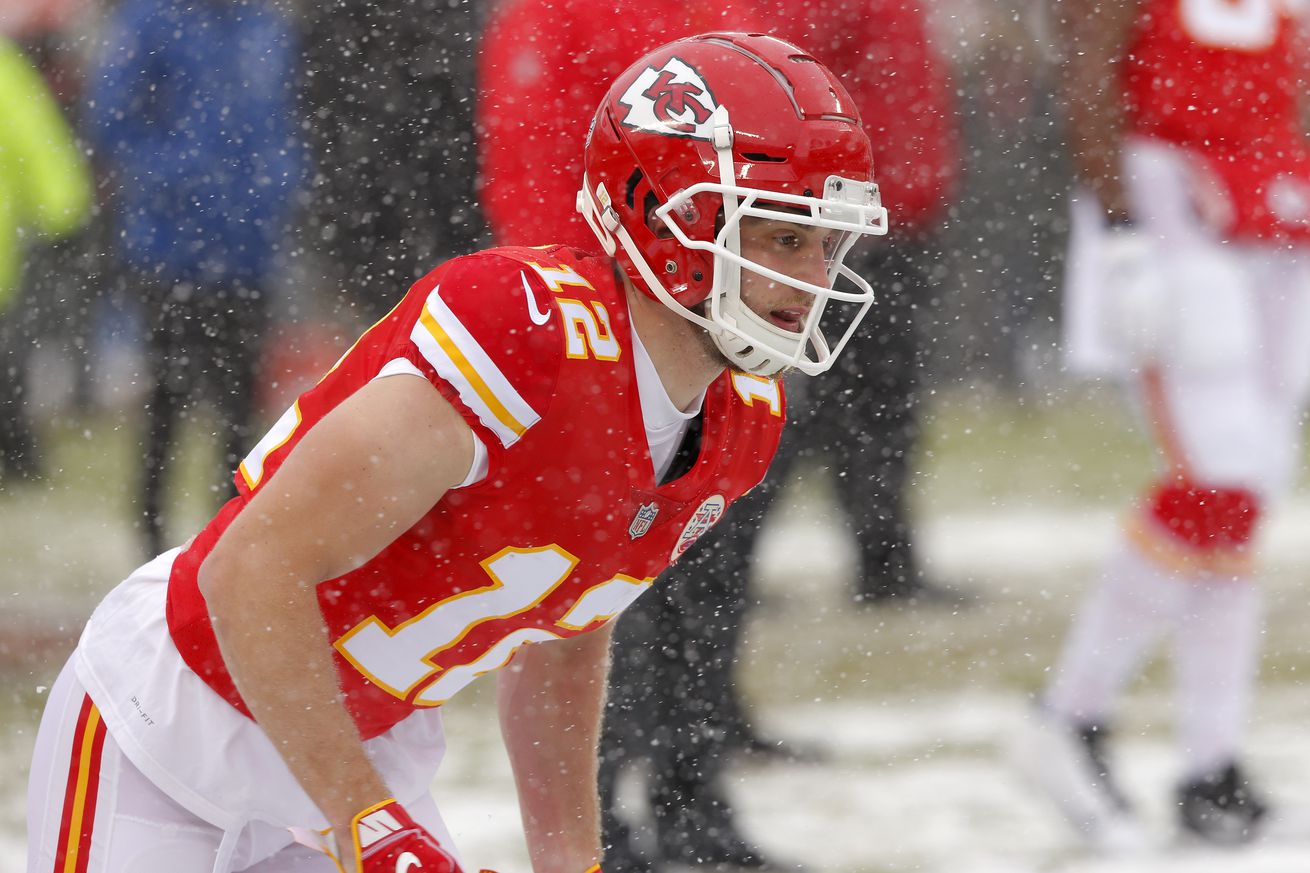 The third-year wide receiver is getting another shot to make the team — and continue his friendship with Patrick Mahomes.

According to the official NFL transaction report for Tuesday, the Kansas City Chiefs have re-signed wide receiver Gehrig Dieter.

Dieter had a wild ride with the Chiefs in 2019. After suffering from back spasms during training camp, he was placed on injured reserve just before the final roster cutdown. A week later, he was released with an injury settlement. So after clearing waivers, he became a free agent.

While on the active roster in 2019, Dieter played in two games — mostly on special teams — recording no offensive statistics.

Since then, there’s been a little mystery about his status with the team. Last Tuesday, the Chiefs signed nine practice squad players — everyone but Dieter — to Reserve/Future contracts for 2020. We didn’t know if the Chiefs were planning to move on from the receiver who is known more for his friendship with quarterback Patrick Mahomes than for his offensive production — or if they instead intended to sign him to a regular player contract.

We now know it was the latter. The NFL transactions report does not list Dieter’s contract as a Reserve/Futures contract. The third-year player from Alabama is getting another chance to make the team in 2020.