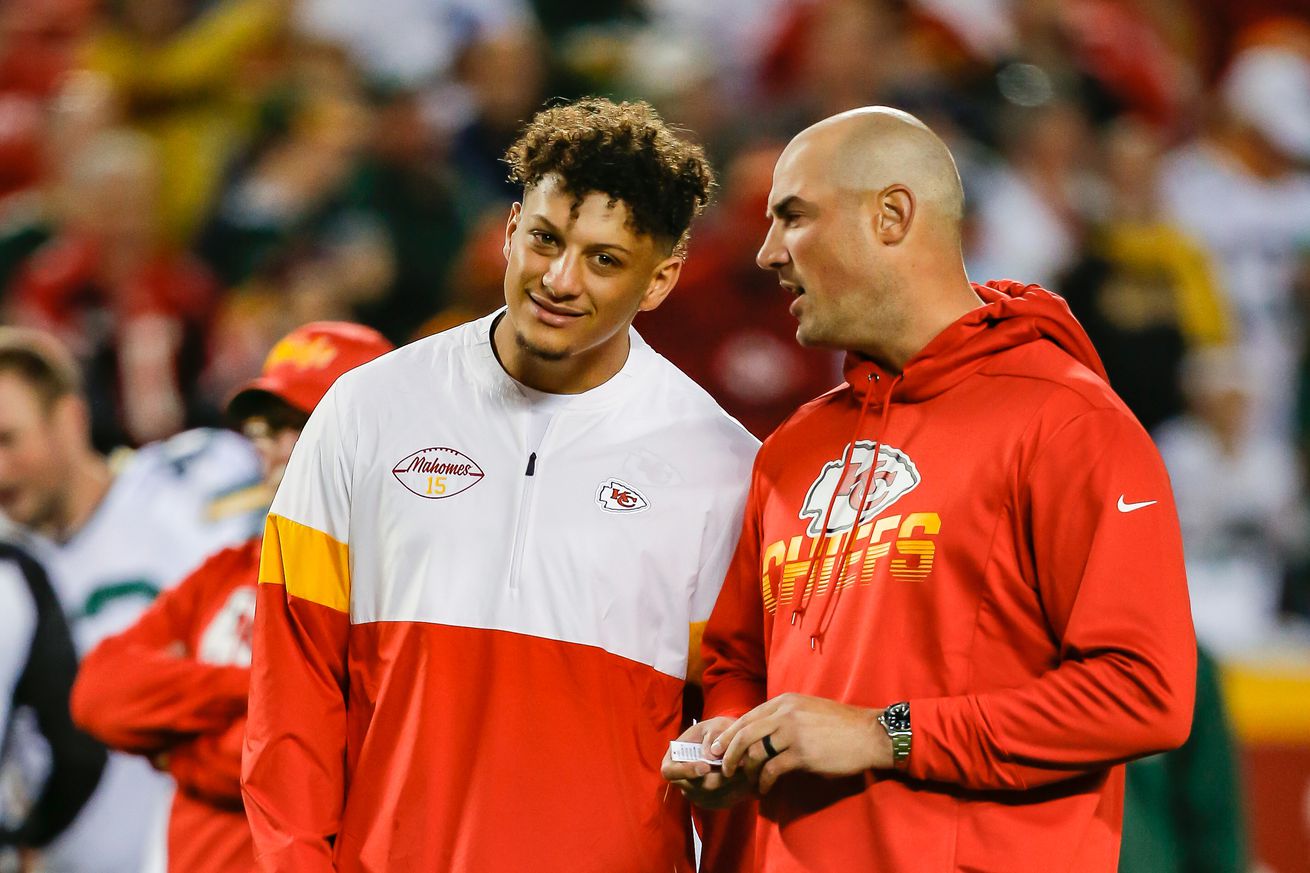 The Chiefs announced an extra title for quarterbacks coach Mike Kafka on Friday.

The Kansas City Chiefs have promoted quarterbacks coach Mike Kafka by adding the title of “passing game coordinator” to his name, the team announced via its official Twitter account on Friday.

But that is not the interesting part — shortly after the news was announced, reports from NFL Network revealed that the Philadelphia Eagles had an interest in Kafka as an offensive coordinator, but that was blocked by head coach Andy Reid and the Chiefs.

The #Chiefs add a title to QB coach Mike Kafka, as he’s now the passing game coordinator. Kafka had interest from the #Eagles as OC, but stuck in KC (and won a Super Bowl).

Andy Reid let Mike Kafka know he’d get a bump in title when he made it clear he wouldn’t let the #Eagles steal him from the #Chiefs. And here is that title. https://t.co/swEad9VTIh

Kafka, 32, a former NFL quarterback, started his coaching career in the league as an offensive quality control coach in 2017. Kafka landed with the Chiefs at a very fortunate time. With Alex Smith starting in 2017, Kafka worked closely with Patrick Mahomes as a rookie despite his simple title.

In a sense, he’s been Mahomes’ personal coordinator since his very first start against the Denver Broncos during the 2017 season.

“[We] definitely knew that Matt Nagy was going to be out the door as a coach,” Reid said at the time, “so the Denver game allowed me to work with Mike Kafka and see how he’s progressed and work with Patrick.”

“Mike Kafka spent a lot of time [on Week 17] while everyone else was working on the playoff game.”

When Nagy left ahead of the 2018 season, the Chiefs lost their de facto quarterbacks coach, so the Chiefs’ promotion of Kafka to that role was a no-brainer decision. Despite Eric Bieniemy being the current offensive coordinator, both Reid and Mahomes will occasionally mention Kafka’s name — as Reid did back in mid-April.

“We’ve all got things [Mahomes] can work on,” said the head coach. “We have a list of things and Mike (Kafka) takes him through it and goes down and they study it and make sure he takes steps forward. He has a bunch of things he can work on.”

Reid was surprised when Bieniemy did not land a head-coaching job this offseason — and for good reason. But had that happened, it is safe to assume Kafka would have been named the Chiefs’ offensive coordinator. That, combined with the success and progress Mahomes has shown under Kafka’s consistent tutelage, is why Reid kept him from joining former Chiefs offensive coordinator Doug Pederson in Philadelphia.

A wide receiver for the Missouri Tigers from 1980 through 1984, Hill began his coaching career at SMU in 1992 before moving on to Hutchinson Community College later that season, serving as head coach there in 1994 and 1995.

He returned to Missouri as a receivers coach in 1996, remaining in that position through 2012. Since then, he’s been an associate head coach for quarterbacks, receivers and finally special teams. He was the position coach for former Chiefs wide receiver Jeremy Maclin during his college career — and also played a key role in recruiting and developing quarterback Drew Lock at Mizzou.

A native of Trenton, Missouri, Hill and his wife Sarah have two children. When he arrives in St. Joseph, Missouri for training camp this summer, he will attending his second Chiefs summer program. He spent training camp trying to make the Chiefs as a wide receiver in 1985 — and tried again the following season with the CFL’s Calgary Stampeders.