Kansas City Chiefs RB Clyde Edwards-Helaire is looking to bounce back after a disappointing end to the Week 2 game against the Baltimore Ravens.

The second-year running back fumbled away an opportunity to win the game in Week 2, but he’s working to turn the page and put together a stronger performance in Week 3. Speaking to reporters on Thursday, Chiefs OC Eric Bieniemy explained that he relied on his experience as a player in order to get through to Edwards-Helaire after the game in Baltimore.

“You’ve got to understand, I’ve been in that situation as a player,” Bieniemy told reporters on Thursday. “As a former player, I know I didn’t want anybody speaking to me. And I know that Clyde (Edwards-Helaire) didn’t want to talk to anyone because obviously, emotions are running high, but when the dust settles, the only thing you want to do is put your arm around him. Nobody goes out there to intentionally fumble the ball. . . but those are things that we can’t take for granted in those defining moments. We’ve got to do a better job of taking care of the football.”

With the past in the past and the future in focus, Bieniemy was really impressed with the way Edwards-Helaire started the practice week. He suggested it was perhaps the strongest practice he’d ever seen from Edwards-Helaire.

“It seems like he’s doing good,” Bieniemy said. “We had a great conversation yesterday. I thought, yesterday probably was his most prolific practice. That’s not saying that he doesn’t always come out and practice hard, but I thought he did a heck of a job. His focus is in a different place.”

While Edwards-Helaire started the week out strong, he’ll have to block out plenty of noise generated by the fumble against the Ravens. Being a former first-round draft pick, Edwards-Helaire’s lack of elite production has brought on some criticism.

When Bieniemy was asked about Edwards-Helaire’s impact, he put some things into perspective about the second-year running back’s statistical performance to this point in his career.

“I thought, as a rookie, with the exception of the injury, I thought he had a pretty good year,” Bieniemy said. “Obviously, he came back, fought his way back to make it back to play in the Super Bowl. You’ve got to understand, man. This is the NFL. We’ve done some things over the past few years that put us in a position to where everybody were playing, this is their Super Bowl. Every game is going to be tough. That’s what I love about being in this position because our guys are very, very competitive. They go out and compete and fight, but they also understand the importance of playing for one another. Regardless of what his stats were, Clyde, the only thing he would want is the victory. That’s what makes this team special. . . it’s the unselfishness. We don’t care about the numbers. The only thing that matters is the alphabets, but we just need to make sure we’re doing the little things to give ourselves a chance when the opportunity is presented.”

To that end, Bieneimy expects that Edwards-Helaire will help this team win many games moving forward. He could even be looking at a rebound game against the Chargers in Week 3, where he could prove to be a pivotal part of what the team hopes to be their first AFC West win of the season.

“When it’s all said and done with, Clyde will learn from this,” Bieniemy said. “Clyde is a tremendous football player, he’s a great kid and we’re looking forward to him helping us to win more games than we ever could imagine.” 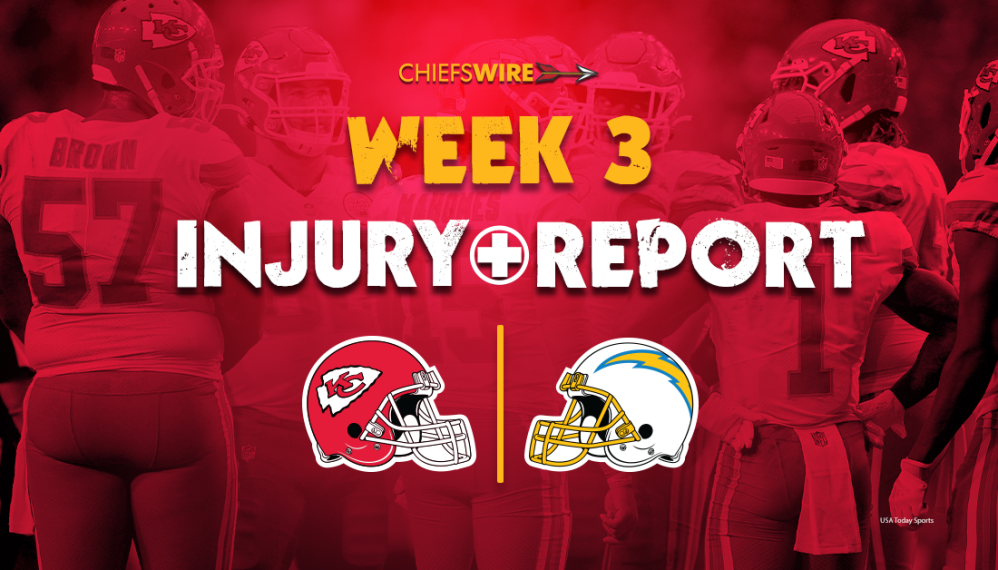