The Kansas City Chiefs are the No. 2 team in Touchdown Wire’s latest power rankings.

These aren’t just your old run-of-the-mill power rankings, though. Doug Farrar wanted to put the match to the test. He ranked the team’s based off of Football Outsiders Defense-adjusted Value Over Average (DVOA) projections and their Average Wins metric for the upcoming season. If you’re not familiar with DVOA, here’s the rundown of what it is and how it’s calculated:

“DVOA (Defense-adjusted Value over Average) is a method of evaluating teams, units, or players. takes every single play during the NFL season and compares each one to a league-average baseline based on situation. DVOA measures not just yardage, but yardage towards a first down: Five yards on third-and-4 are worth more than five yards on first-and-10 and much more than five yards on third-and-12. Red zone plays are worth more than other plays. Performance is also adjusted for the quality of the opponent. DVOA is a percentage, so a team with a DVOA of 10.0% is 10 percent better than the average team, and a quarterback with a DVOA of -20.0% is 20 percent worse than the average quarterback. Because DVOA measures scoring, defenses are better when they are negative.”

The Chiefs, fresh off their Super Bowl LIV win, came in at No. 2 with an estimated 22.5% DVOA. The New Orleans Saints came in at No. 1 with a 22.3% DVOA. Here’s what Farrar had to say about the Chiefs:

“The Chiefs return 20 of 22 starters to the team that won Super Bowl LIV, and the addition of first-round running back Clyde Edwards-Helaire should make Patrick Mahomes even more impossible to deal with. Add in the masterful job general manager Brett Veach has done this offseason in massaging the salary cap to retain several of his cornerstone players in the midst of giving Mahomes the approximate gross national product of France, and it’s easy to bet against any kind of regression in 2020 — especially since defensive coordinator Steve Spagnuolo returns for a second season, aiming at the continuation of last season’s second-half improvement. FO has the 2020 Chiefs with a 22.5% overall DVOA and 10.8 Average Wins; the only thing I would say is that their projection of Kansas City having the league’s 14th best defensive DVOA might be a bit conservative.”

The Chiefs are down to 18 of 22 starters after Laurent Duvernay-Tardif and Damien Williams opted out of the 2020 season. Farrar is on the right track here, though. This team isn’t due for much in the way of regression. If anything, there’s an argument to make that the offense could be even more potent with the additions they’ve made this offseason. Also, this defense was playing like the best defense in the NFL in the final stretch of the season and they’ve not lost many pieces save for Kendall Fuller and Reggie Ragland. It might be an understatement to say that the defensive DVOA  estimations from Football Outsiders are conservative.

13 Chiefs who could find themselves on the roster bubble 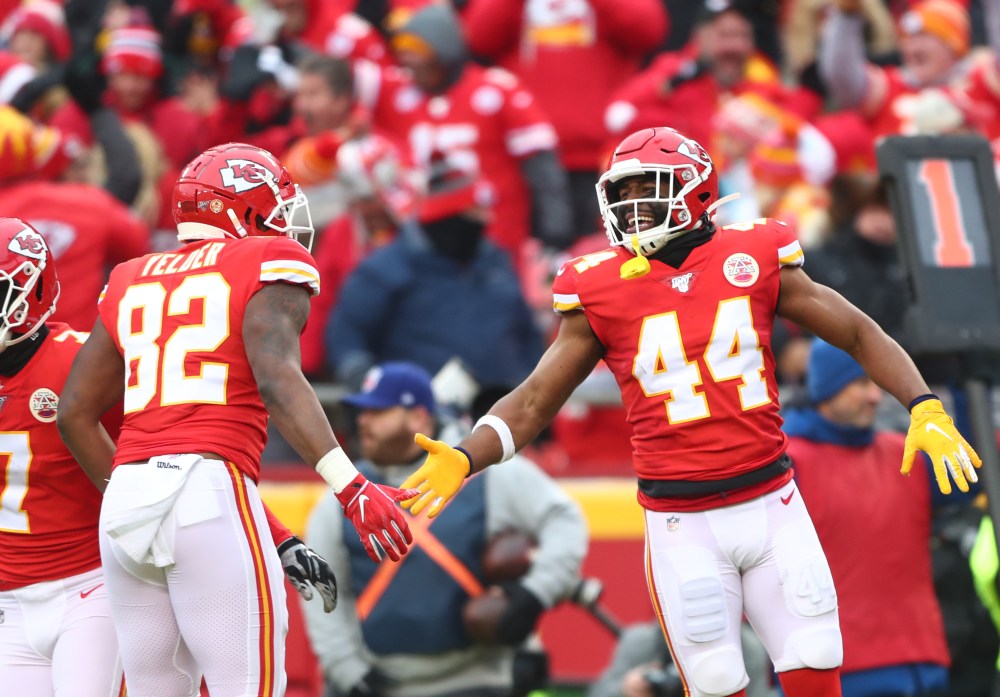