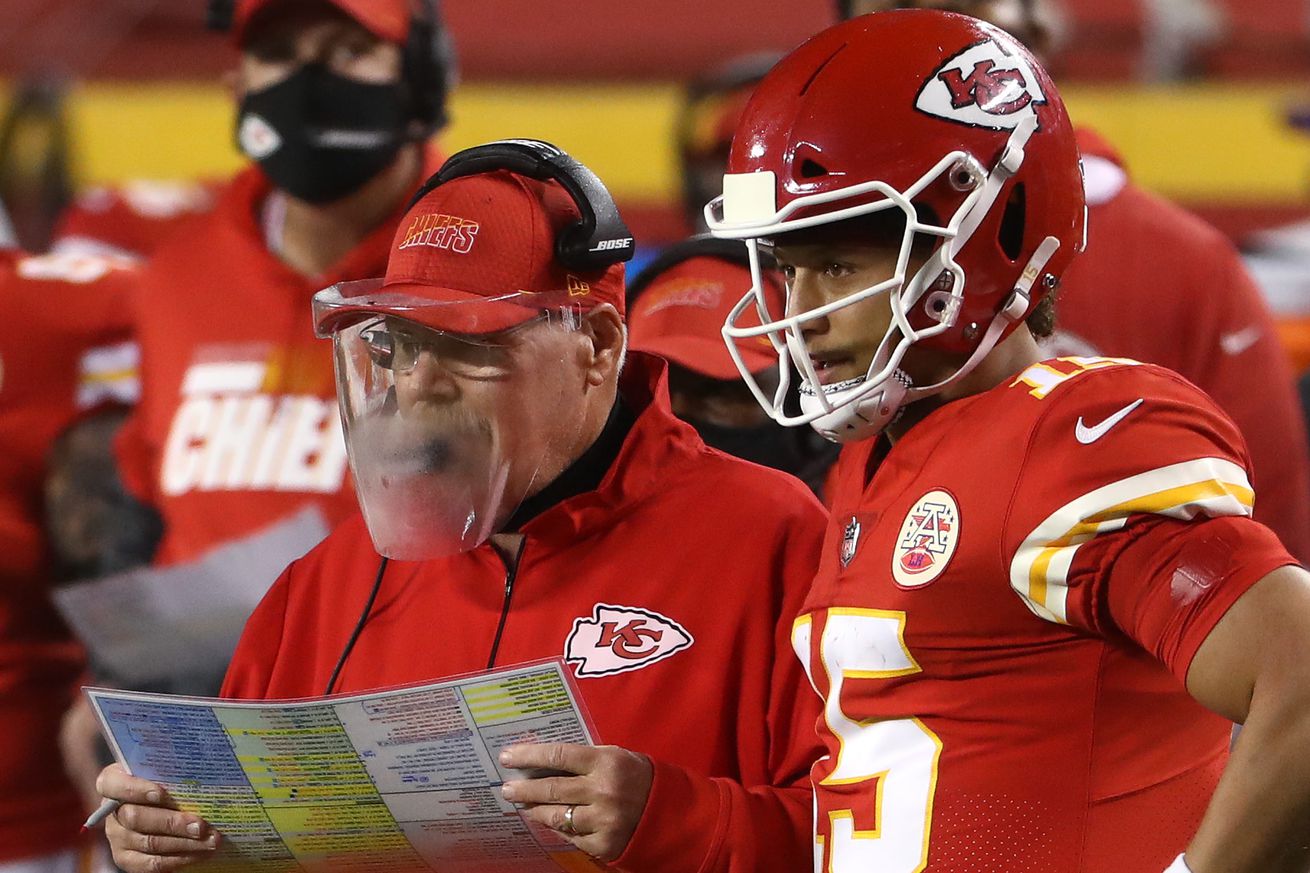 You might expect drastic changes after the unexpected loss to the Raiders — but that’s not how the Chiefs are built.

The Kansas City Chiefs had to face a stunning loss last Sunday.

The Las Vegas Raiders — coming into the game as 11-point underdogs — held Kansas City scoreless after halftime and led by as many as 16 points in the fourth quarter. The fact that the Chiefs were able to manage to cut their lead to eight points before the final gun wasn’t much consolation to Chiefs fans, who have spent the last week asking each other, “What went wrong?”

But for Chiefs head coach Andy Reid, it’s always about sticking to his routine — that is, not to focus on the loss, but to learn from it.

“Well first, you don’t ever want to get used to it, so that’s a part of it,” Reid told reporters on Thursday. “We’ve been fortunate to win enough games there to where we haven’t had to deal with that much, but the primary focus is getting better at those things. Learn from the things that took place [Sunday] and let’s make sure that we correct those. That’s what’s real.

“And then, go get yourself ready to play a good Buffalo team — and to travel and so on. All of our energy and time should be spent on those couple [of] things there. So, learn from your mistakes and then jump in and exhaust yourself on learning about Buffalo.”

So what have the Chiefs learned since the loss? Quarterback Patrick Mahomes had some ideas.

“We just didn’t execute like we wanted the entire game,” he told the press. “We had some shots here and there that we hit — and we were able to score some points. But we just didn’t execute and play to the level and efficiency that we’re used to playing at. When you play against a team that’s a great opponent — and you’re not executing at a high level and putting your defense in bad situations — usually you don’t win the football game.”

Mahomes thought it was important to give some credit to the Raiders — but also to say that he bears a lot of responsibility for the loss.

Wide receiver Mecole Hardman is confident the team can turn it around in time for their game against the Buffalo Bills on Monday.

“Definitely going to bounce back,” declared Hardman. “It’s just more so about attacking it in practice — [to] accept what you did wrong.”

Hardman insisted it wasn’t about trying to call out individual teammates, but rather to instill accountability among them.

Besides, Hardman said, it’s not as if the loss was the result of one player’s failure.

And for the Chiefs, that begins with team leaders like Mahomes.

“Yeah, he always challenges — but he always encourages,” said Reid. “I think he’s pretty consistent that way — and sometimes after a loss in this league, you’ve got to be. So, those things happen, and you work through it and you bear down and just make sure you keep the details right. That’s what he’s all about.”

Mahomes said that’s always been part of how he approaches the game.

“I’ve always been someone who loves to challenge the guys in our locker room,” he said, “but always with a positive mentality. I think whenever you’re going out there and putting in the work along with the other guys in the locker room, then we can talk to each other and really challenge each other every single day — and still be best friends in the locker room and everything like that.

“We have a lot of young, great veteran guys in the locker room. We’ve been together for a couple years now — and we want to be great every single time we hit the field. When we’re not executing at the level we expect, obviously we’re going to try to challenge each other the next time we’re out there.”

It remains to be seen if sticking to their usual routine will lift the Chiefs to their next win on Monday evening. But it’s been good enough for a Super Bowl victory — and a just-ended 13-game winning streak that set a new franchise record — so we probably shouldn’t bet against it.