The offensive line for the Kansas City Chiefs has improved significantly since the injury problems that plagued the 2020 season. The additions of young talent in the following year’s draft and established veterans have many critics applauding the front office’s quick turnaround.

The position considered a competition in camp had been the starting right tackle position, with veteran Andrew Wylie defending his title. Chiefs HC Andy Reid shot down the notion of a position battle in his press conference with reporters on Monday, confirming that Wylie remains the front-runner.

“Yeah, so I’d tell you Andrew (Wylie) is doing a nice job,” said Reid. “So we’re excited about him and the way he’s playing. And then the other guys are trying to chase him. It’s good competition, and we’ll see how it all works out. But Andrew did a nice job for us last year when he had a chance, and he’s done well for us now.”

Wylie has been a versatile player on the offensive line with his ability to play both tackle and guard with the Chiefs. Earlier this month, he spoke with reporters about his first experience at right tackle in the 2020 season against the New Orleans Saints and how much he’s grown since then.

“Now I know a lot more of what’s going on; you know what I mean? In that game, I was just playing guard on the right side, where now my game has a lot more to it out at right tackle,” said Wylie. “Like I just mentioned, switching up sets, I can see the defense a lot better now too. I’ve grown a lot out at right tackle, and it’s very comfortable for me.”

The Chiefs seem to be leaning toward committing to Wylie as the starting right tackle for the 2022 NFL season, which would mean the team returns all five starters from last year. That type of continuity could be big for the team as they head into the new year. 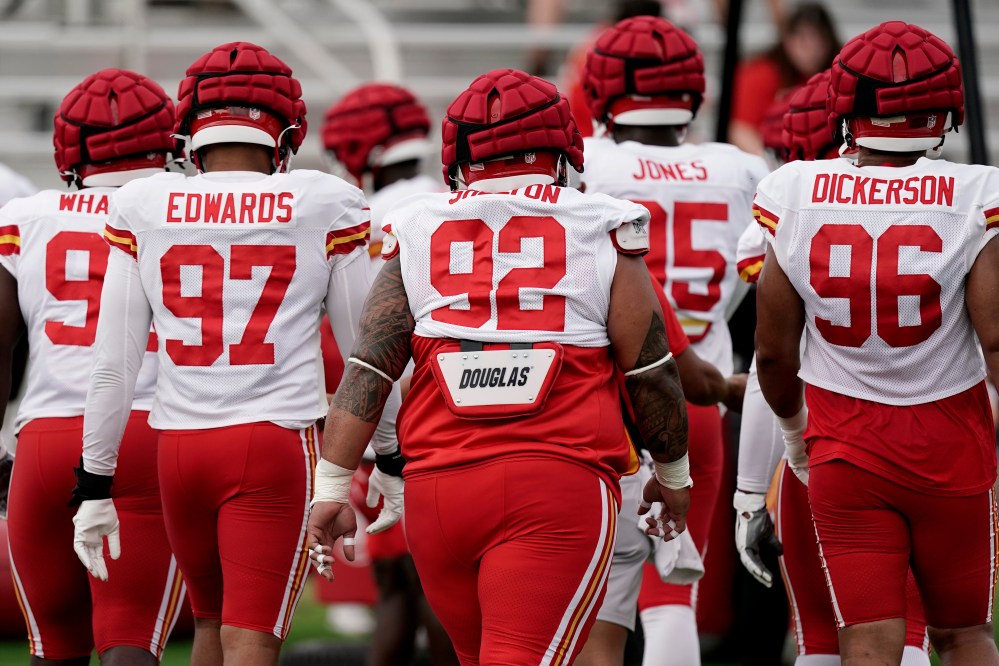