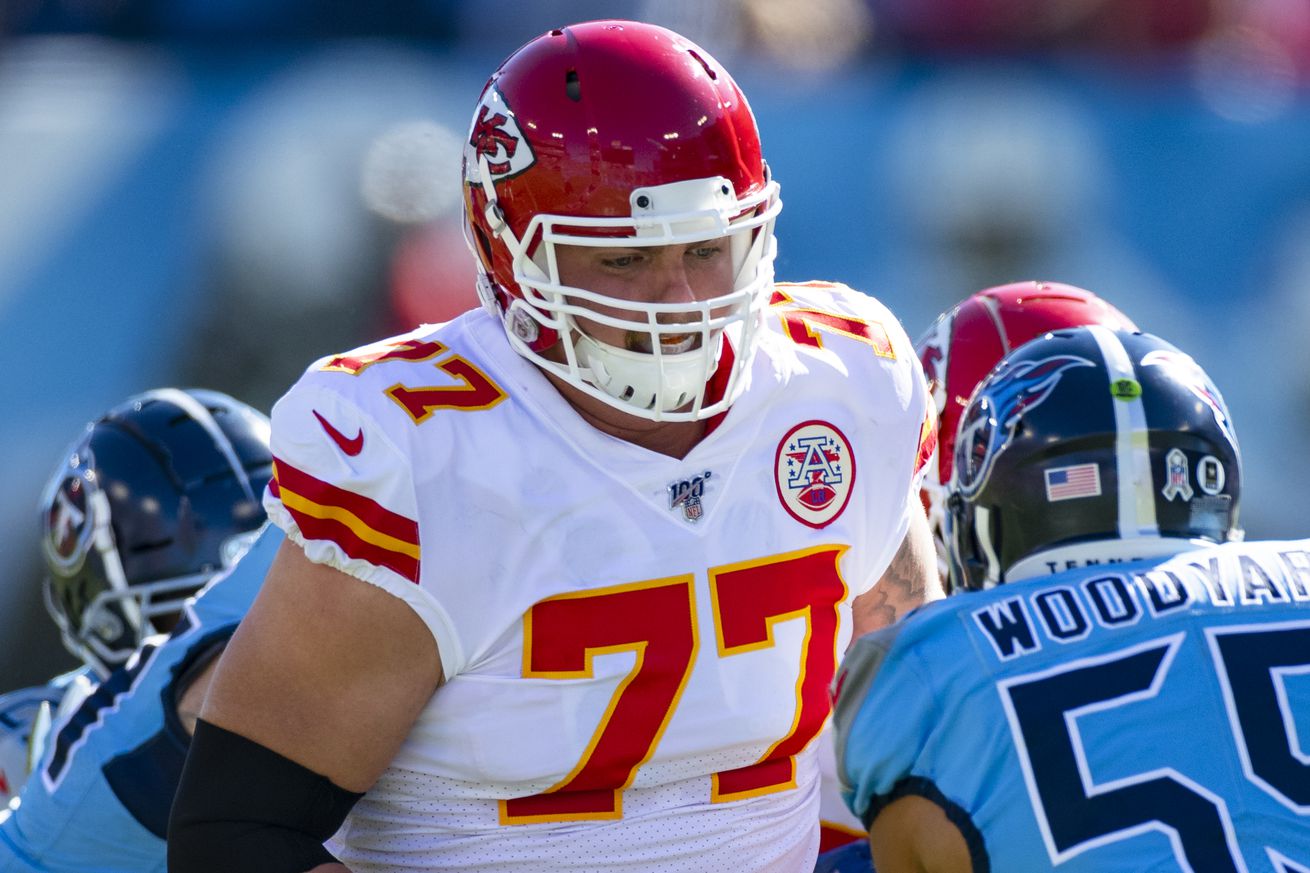 The former Mack Lee Hill Award winner will be back with the team in 2020 — as will the former Saints tight end.

According to friend-of-the-site Terez Paylor of Yahoo! Sports, the Kansas City Chiefs have extended a contract tender to offensive guard Andrew Wylie.

The Chiefs are expected to tender OG Andrew Wylie, an ERFA, a source tells me.

An Arrowhead Pride source has confirmed this report.

Wylie is an exclusive rights free agent (ERFA) in 2020. ERFAs are players who have reached the end of their contracts but have less than three accrued years service in the NFL.

Once the team has offered a contract tender — as the Chiefs have now done — the ERFA can only sign with that team; they cannot negotiate to play for another team. This essentially guarantees Wylie will remain with the team in 2020.

The Eastern Michigan product entered the league in 2017 as an undrafted free agent, signing with the Chiefs in 2018 after stops with the Indianapolis Colts, Cleveland Browns and Los Angeles Chargers. Wylie has started 21 games for the Chiefs over the last two seasons — and won the team’s Mack Lee Hill award as rookie for the year in 2018.

We have also learned the Chiefs have extended an ERFA contract tender to tight end Deon Yelder.

The Chiefs have tendered a qualifying offer to ERFAs TE Deon Yelder & G Andrew Wylie, per a source.

If the Chiefs don’t bring back TE Blake Bell, Yelder figures to be in line to battle with TE Nick Keizer to be Travis Kelce’s backup.

Signed by the New Orleans Saints as an undrafted free agent out of Western Kentucky in 2018, Yelder was added to the Chiefs practice squad after he didn’t make the final roster in New Orleans. He ended up playing in three games for the Chiefs in 2018 and nine in 2019.

Wide receiver Marcus Kemp and tight end David Wells are also ERFAs for the Chiefs. So far, there have been no reports that either has been offered a contract tender.