NFL Network continued to reveal The Top 100 Players of 2021 on Sunday evening.

Chris Jones became the second Kansas City Chiefs player to appear on this year’s list, following Tyrann Mathieu (58). The CEO of Sack Nation has now made the NFL Top 100 Players ranking for the third consecutive season. This year he received his highest ranking on the list, previously coming in at No. 36 (2019) and No. 52 (2020).

CEO of Sack Nation @StoneColdJones clocks in at 34 on the #NFL100! pic.twitter.com/n3gK43pZtr

His peers around the NFL seem to have felt his ranking from the previous year wasn’t good enough. Most would agree with that sentiment and be happy to see an 18 spot jump for Jones. The CEO of Sack Nation himself, however, wasn’t a fan of his ranking. He described it as “cute” on Twitter.

Good job, NFL players! Fresh off a position switch to defensive end and the most impressive training camp of his career, Jones has apparently been provided with some serious whiteboard material for the upcoming season. He already has two sacks in less than 30 defensive snaps during the preseason. There’s no telling what he’ll be able to accomplish this season and now he’s got that extra piece of motivation pushing him even further.

3 standouts on defense from Chiefs’ preseason win over Cardinals 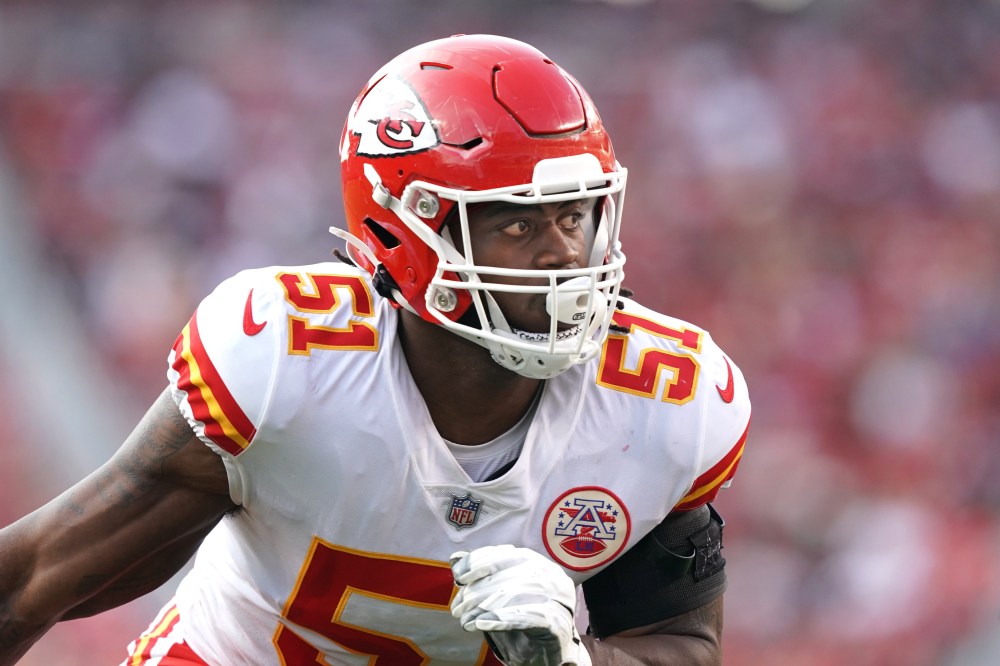