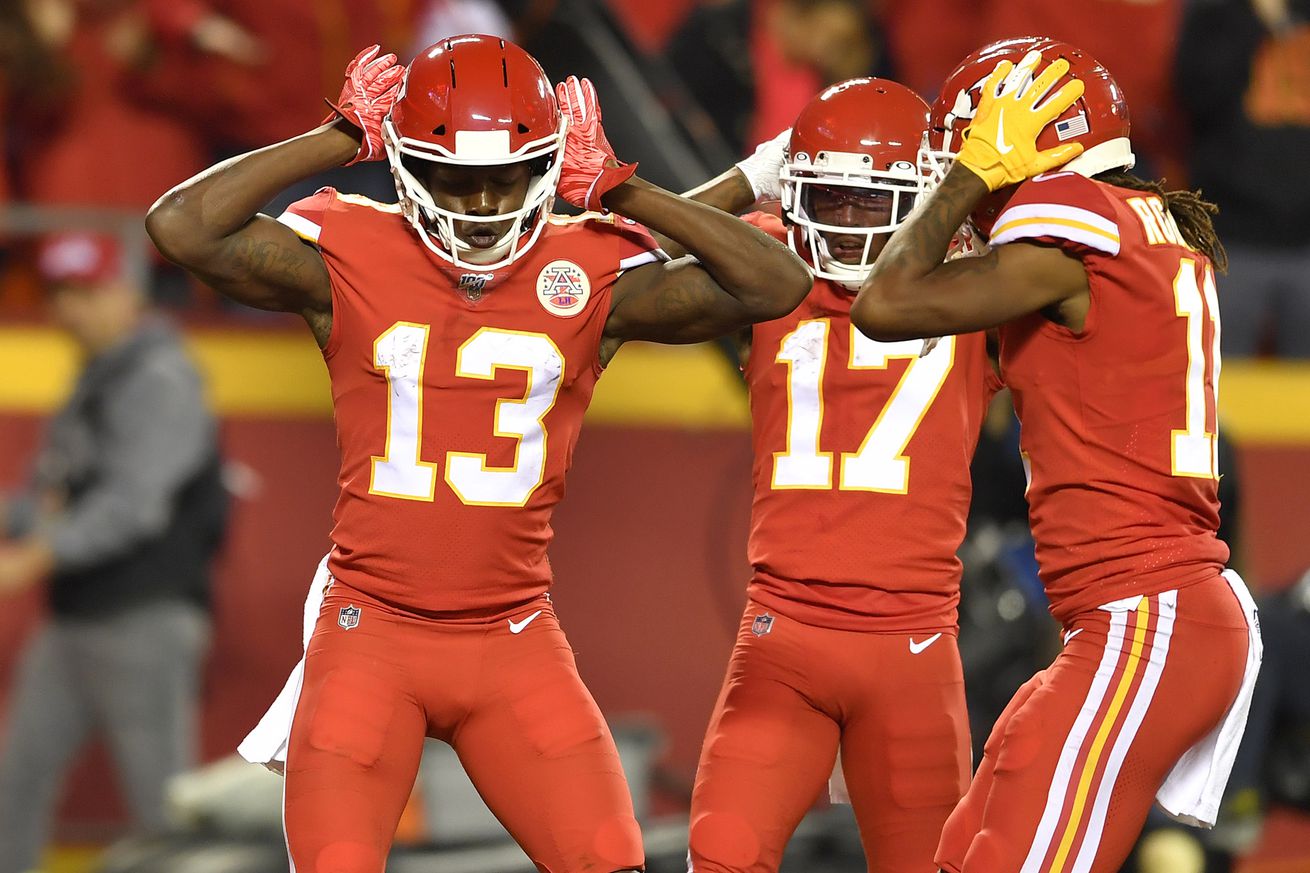 On this week’s game preview edition of the Arrowhead Pride Laboratory, we talked about three points on offense — and three on defense — to watch as the Chiefs look to bounce back from their first loss of the season against the Buffalo Bills.

Here are the storylines on both sides of the ball:

It’s been an up-and-down performance offensively this year — and the Chiefs have had their struggles — specifically against zone coverage. Whether it’s seven or eight dropping back, Patrick Mahomes and the offense haven’t found consistency every game against zone. The Bills are a zone-heavy team and will likely employ similar tendencies against the Chiefs. Mahomes will have to be willing to take what the defense gives him, showing patience in the pocket and against zone coverage.

Which wide receiver steps up?

The Chiefs will likely be without Sammy Watkins on Monday and they’ll need the receiver depth to help account for the loss of production. Watkins is a challenge to replace with the likes of Mecole Hardman and Demarcus Robinson because neither are “X” receivers who can line up on the line of scrimmage and beat press. Byron Pringle is the most logical replacement from a scheme and profile perspective but has earned less trust than Hardman and Robinson — seeing minimal snaps.

There have been noticeable inconsistencies in how Mahomes has navigated a pocket, which is sometimes not great. As Andy Reid has mentioned, there’s blame to be shared with the Chiefs’ protection issues. Teams have had success rushing three or four, sitting back in zone and forcing Mahomes to be patient. It’s worked in spurts this year and both the offensive line and quarterback will have to be better this week to beat a good football team.

Josh Allen wants to challenge down the field, and he has the weapons to do it. The Bills have a strong group of pass-catchers like Stefon Diggs, John Brown and Gabriel Davis, who can win down the field. Even tight end Dawson Knox is a threat vertically. Within the confines of the offense, there will be shot plays, but the threat doesn’t stop there. Allen gets aggressive out of structure and wants to make plays down the field when he gets out of the pocket. The Chiefs’ defense will need to stay disciplined until the whistle.

The Bills are one of the better third-down teams in football. The Chiefs will need to be good on the critical down to win the game. Allen does not want to give up on plays, which can be a good and bad thing for the Bills. It’s largely been a good thing this season, but he’s not immune to turnovers. Steve Spagnuolo’s defense will have to mix things up on Allen and generate pressure to get off the field.

The Chiefs continue to have major struggles tackling and the Bills present a new challenge in that regard. It’s not just their two running backs — Devin Singletary and Zach Moss — that are difficult to bring down. It’s the rest of their skills players and their quarterback. Keeping the Bills behind the sticks will help the Chiefs win, but they can’t do that without improved tackling. The defense has allowed too many 1-yard plays to turn into five yards or more. They don’t play much behind the line of scrimmage in the run game, which makes it hard enough. Limiting yards after catch and carry is a team effort — rallying to the football will be important.

Arrowhead Pride podcasts are available on Amazon Alexa, Apple, Google, Spotify and Stitcher. Please rate and review, as this helps us grow AP Radio to reach more Chiefs fans all over the world!

Make sure you subscribe so you don’t miss an episode