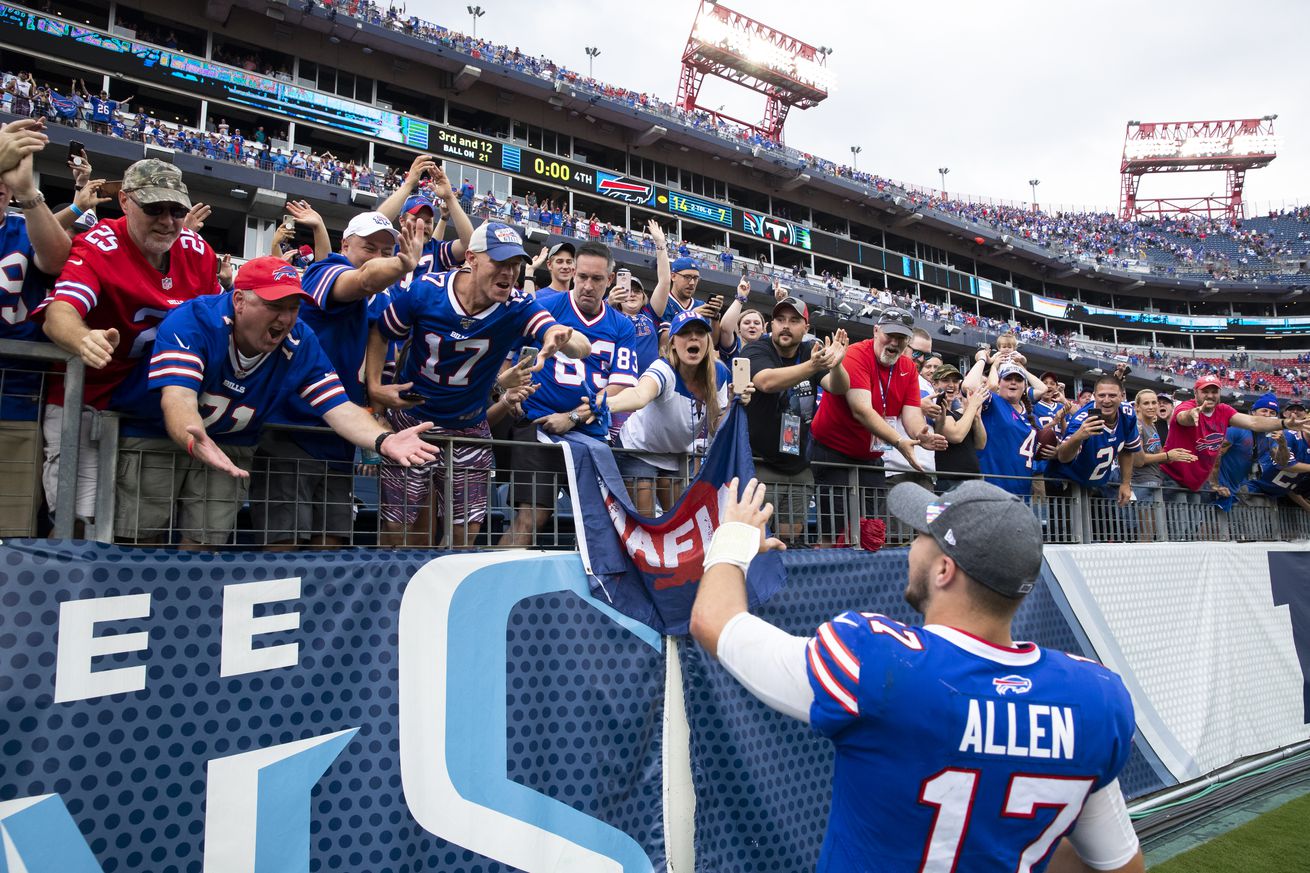 We welcome Buffalo Rumblings for answers to five questions about the Bills before Monday’s Week 6 matchup.

Editor’s note: We welcome Corey Giacovelli of Buffalo Rumblings — our sister site covering the Buffalo Bills — for Five Questions with the Enemy as we head into the Week 6 game between the Kansas City Chiefs and the Bills this Monday afternoon.

1) Was the loss to the Titans a cause for concern?

It was not a cause for concern but more so a reality check. It is not like the Titans are a bad team — they just made the AFC championship game last year. What they did do was capitalize on the many mistakes the Bills made throughout the game. Whether it was the interception on the opening drive or multiple penalties, the team shot themselves in the foot and Tennessee was able to take advantage. Josh Allen had his worse game of the season but part of that was the Titans dropping many guys into coverage, forcing Allen to try and make some plays. The defense did get their butts handed to them, but some injuries played an impact, which I will get to later on.

2) What’s the main difference in Josh Allen’s play from last year to next?

Accuracy and decision making. In regard to the first, Allen had some major accuracy issues his first two years in the league but now he has improved that to the high 60s. Last season, he was among the worst in the league on throws that traveled more than 15 yards in the air, but this year, he is among the best in the league. Allen is also going through his reads more effectively and is shying away from the hero ball that would sometimes come into play last season. He trusts his receivers to get open and make plays on the football instead of immediately taking off to run when his first option is not open on a play. Allen is turning into a true pocket quarterback that can occasionally scramble instead of a run first-then-throw type of player.

3) Are the Bills healthy or are they missing some valuable players on Monday?

Signs are pointing to three key players returning to the team that missed the game on Tuesday. On offense, receiver John Brown was a full participant in practice after tweaking his knee last week. This gives Allen his No. 2 target back and a player that can vertically stretch the field with his speed. People forget, but Brown had a 1,000-yard season last year. On defense, cornerback Tre’Davious White and linebacker Matt Milano would be a huge gain for the defense. Without White, the team was getting picked apart by A.J. Brown, who had himself a night, and the defense just seems to come together when Millano is on the field. Tight end Dawson Knox, has been on and off so far this season, has been ruled out.

4) Who is the one player on offense and defense the Chiefs should be certain to account for every single play?

On offense, you have to go with receiver Stefon Diggs. The new toy the Bills traded for in the offseason has proved to be everything that we thought he would be for the offense. He is leading the AFC in receiving yards and his built a strong relationship with Allen. For someone that was considered a diva during his time with the Vikings, Diggs has stepped into a leadership role with the team on and off the field. He is a guy that can run the full route tree and single-handedly change a game.

When it comes to the defense, you have to pay attention to White in the passing game. We have seen games last season where White has made key interceptions or pass breakups to get his team off the field for the offense to put some points on the board. He keeps a lot of plays in front of him and even when he does give up catches, he is capable of punching the ball out for a fumble.

5) How does this game play out?

I wish I knew for certain, because so far this season, it appears the offense can put some points on the board. The question mark is that the defense has been prone to give up a lot of points. I cannot deny all of the talent that the Chiefs have and maybe if fans were allowed in Buffalo for this primetime game, it would be a totally different atmosphere. However, given the current conditions, I will go with the Chiefs by a comfortable 10-point margin.