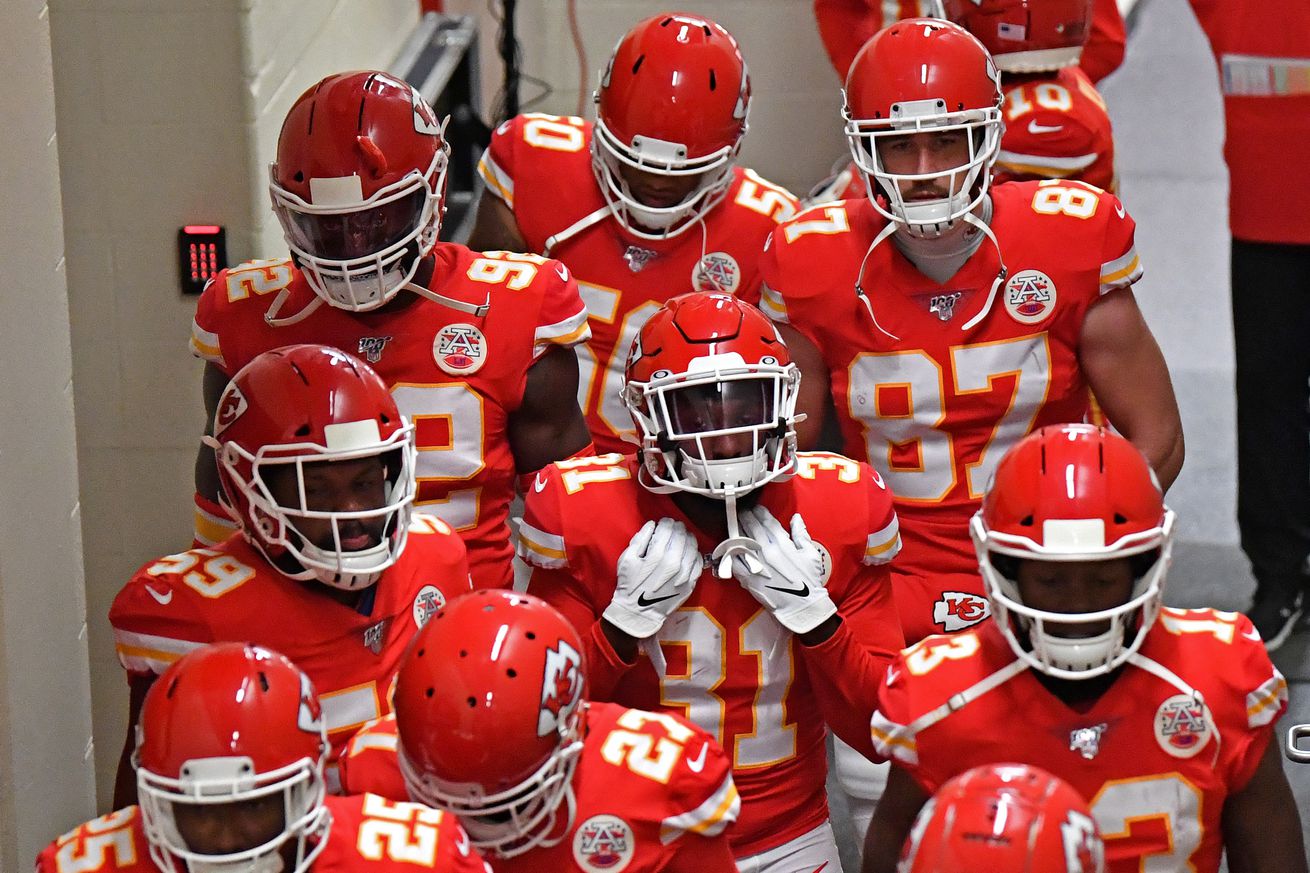 We now have a photo of the jerseys the team’s draft selections will wear in 2020.

Through their official Twitter account, the Kansas City Chiefs have released a photo of the jerseys their six drafted rookies will be wearing in 2020.

Defensive end Mike Danna will wear 51. Cornerback BoPete Keyes will take 29, which was previously worn by Kendall Fuller. LSU running back will wear 25, just like LeSean McCoy (and Jamaal Charles) before him. Offensive tackle Lucas Niang gets 67 and L’Jarius Sneed will wear 38. Finally, Willie Gay will have 50 — the jersey worn by former Chiefs linebacker Justin Houston.