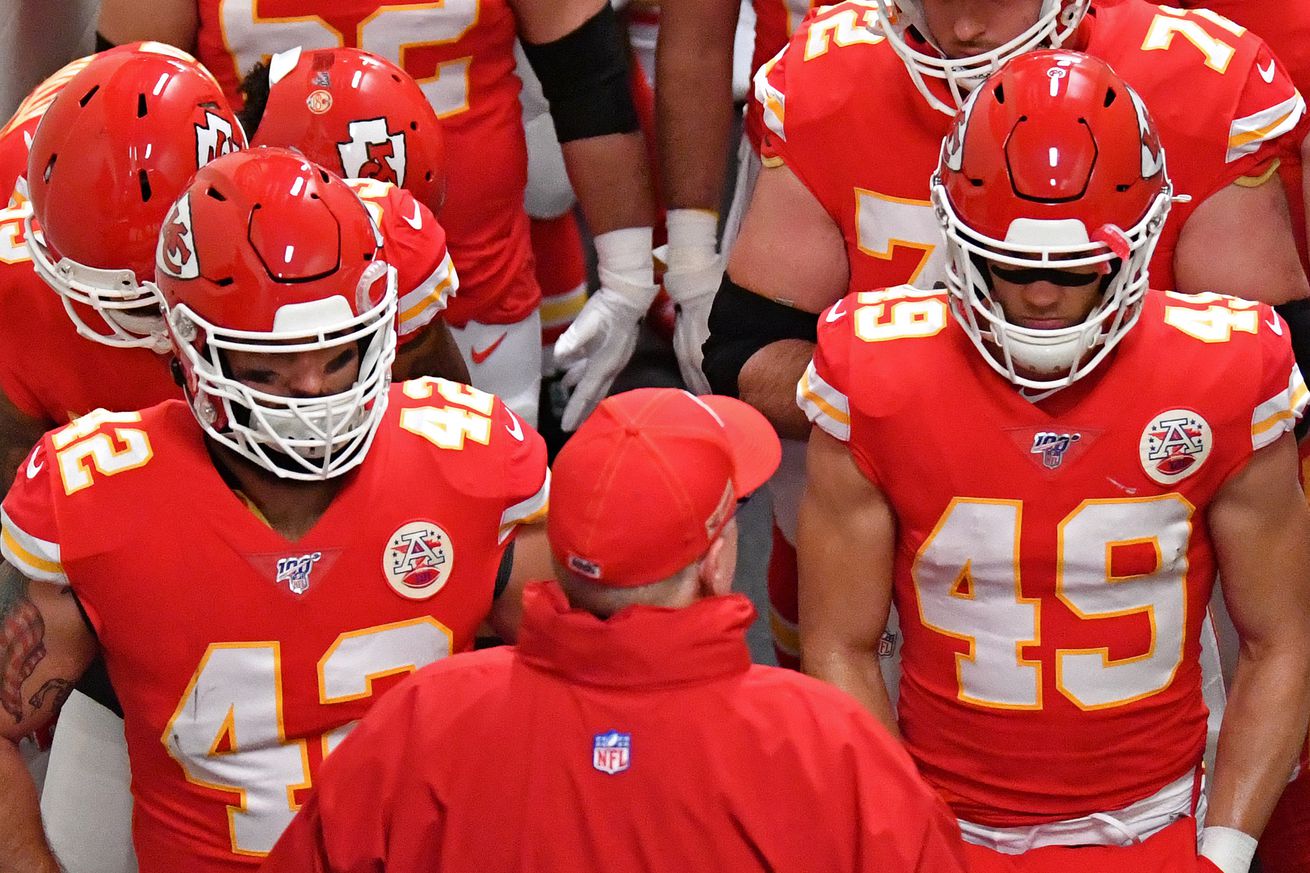 So far, more than half the NFL’s teams will be playing without fans in 2020.

Not every NFL team has yet announced their plans for their first home games of the season. But as of this writing, the Kansas City Chiefs are among just four teams (the others being the Miami Dolphins. Jacksonville Jaguars and Dallas Cowboys) that will be allowing at least some fans to attend games during the coronavirus pandemic.

None of these teams will be filling their stadiums. While the Cowboys have not announced a specific number, none of the other three teams are planning to fill their stadiums beyond 25% of their capacities; the Chiefs have said that they will cap Arrowhead Stadium crowds at 22% — about 17,000 people.

So far (per NFL.com), 20 teams — more than half the league — have announced that their early home games will be played without fans; on Tuesday, the Minnesota Vikings, Los Angeles Chargers, Los Angeles Rams, San Francisco 49ers, Buffalo Bills and Cincinnati Bengals became the latest teams to say that their seasons will begin with empty stadiums.

The Denver Broncos and Las Vegas Raiders were already among these 20 teams. So in the AFC West, only the Chiefs will have anything like a traditional home-field advantage for their division games.

Some NFL coaches have already started complaining about what they see as an unfair advantage that will be held by a small number of the league’s teams.

“I think it’s honestly ridiculous that there will be, on the surface, what appears to be a playing field that’s like that — inconsistently across the league with the different away stadiums,” said Bills coach Sean McDermott on Monday, via ESPN’s Marcel Louis-Jacques.

Of course, the presence of fans is only one part of the competitive edge held by teams playing at home. When they’re not giving kudos to their own fans, head coaches will tell you that traveling — which limits preparation time — and working in an unfamiliar environment are also significant factors.

“It’s going to be very hard because some stadiums they’re allowing people in and it looks like we’re not going to have any fans in there early, which really stinks because we have unbelievable fans, and they make that place rocking every Sunday,” said Vikings head coach Mike Zimmer on Friday, per NFL.com. “But the best way to have homefield advantage is to play really good. Execute, make tackles, don’t make mistakes, don’t commit penalties, turnovers, all those things.”

Broncos coach Vic Fangio tried to say he really didn’t care — but didn’t quite get there.

“I really don’t give a damn about that,” Fangio said via the team’s official website. “If we can play in a stadium that’s full, half-full, a third-full, home or away, we’re happy. That shows progress with the COVID. Otherwise, I personally don’t care — other than that I would like to see fans.”

On Monday, Chiefs defensive coordinator Steve Spagnuolo said he hadn’t given much thought to the subject — except for one thing.

“I only do things from my perspective — stay in my lane, thinking defensively,” he said. “All I’ve really talked to our guys about is the fact that no matter what stadium we play in this year, it’s really going to be a home game for the quarterback.

“So our concerns are that they’re drawing us offsides because they can use their voice,” he continued. “To be honest with you, that’s the only part of all of that I’ve thought about — how does it affect us, and will there be an advantage or a disadvantage — and I just think that one thing is really important. One of the big advantages I thought we always had at home here was that the quarterback had to go to the silent count. That gave the D-line a little bit extra juice. Other than that, that’s really been the only thing that’s on my mind.”

Ever since the pandemic entered the national consciousness last spring, we have learned that things could change quickly. It’s possible that by the end of the season, some local authorities will give teams the green light to allow fans in the stands — and it’s also possible that some of the four teams that are currently planning to begin the season with fans will be forced to end their campaigns without them.

But in the meantime — particularly within their own division, where their #RunItBack campaign can pick up the most speed — the Chiefs will begin the season with at least some additional advantage.