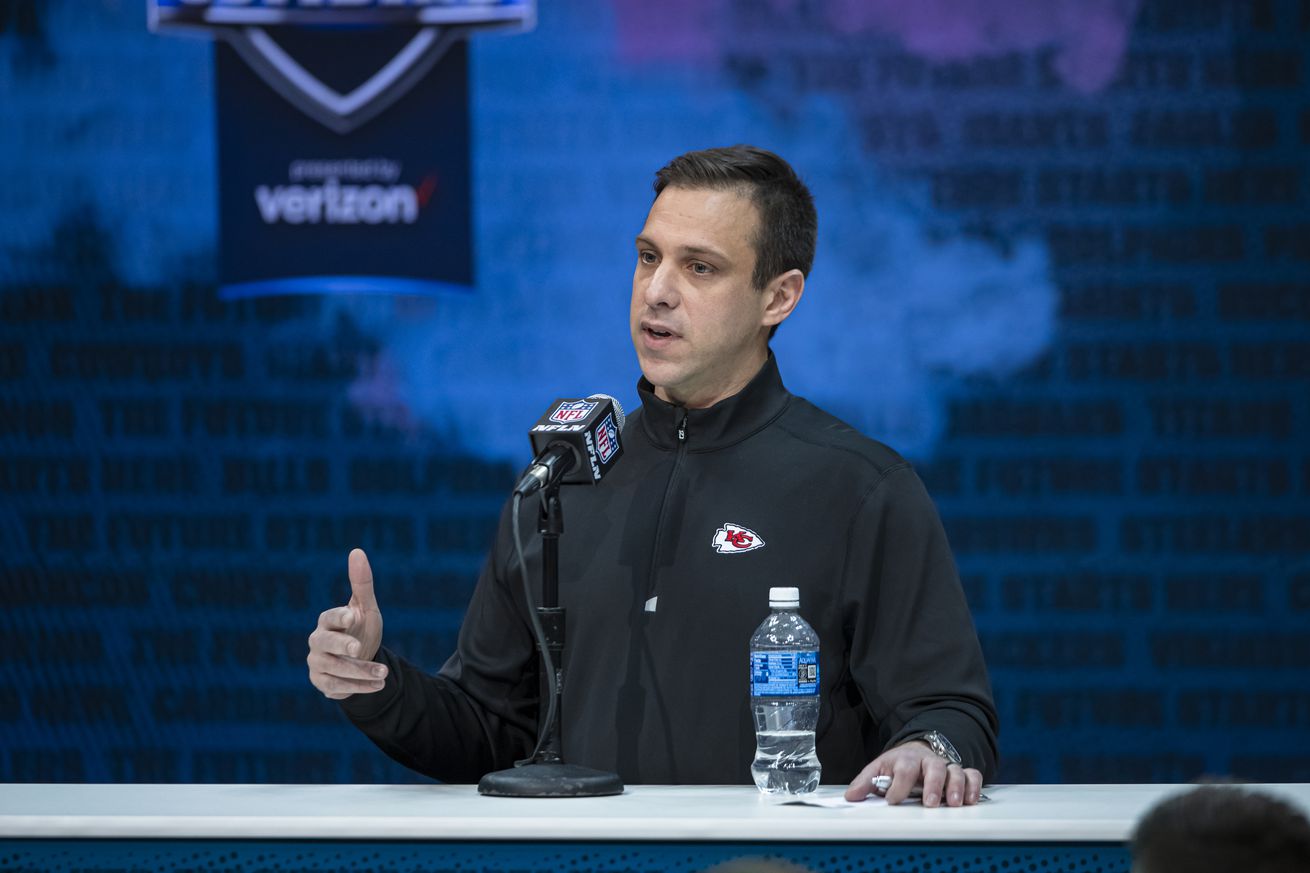 The NFL Combine is well underway, so we decided to do a full first-round mock draft — and the rest of the Chiefs picks in the draft on the AP Draft Show. We did not consider trades in this mock.

Here’s how we think the first round could shake out:

No surprise here. Burrow is a premium player at the most important position.

Washington gets the best player in the draft should they keep this pick.

A perfect trade-back spot for Detroit to accumulate a lot of draft capital.

The Dolphins are primed to move up to select a quarterback earlier if they need to.

Imagine being in the AFC West and needing a quarterback. Cannot relate.

Excellent value for the Panthers to get an impact, culture-building defensive lineman.

Kliff Kingsbury said this week that if it were up to Kyler Murray, the Cardinals would draft Ceedee Lamb. We gave him his wish in this scenario.

Do not sleep on the idea of Becton going top five. He very well could.

Wirfs quieted speculation that he’ll have to kick inside to guard, but regardless of where he lines up, the Jets would get good value here.

The rat race to keep up with the Chiefs’ explosive offense begins.

Chris Ballard takes a swing on a high-upside quarterback to develop behind an excellent offensive line.

Possibly a sleeper for quarterback. They get someone to protect whoever lines up under center here.

Some believe Ruggs could challenge the 40-yard dash record. Denver tries to keep up with Mahomes and company.

The failure of Vic Beasley doesn’t scare them away from getting an impact EDGE.

A deep draft drops a talented interior lineman into the Cowboys’ lap.

The second of three draft picks is spent on a high-upside, versatile defensive lineman.

A KC Draft Guide favorite goes to a rival to help slow down the Chiefs offense.

An athletic freak with high upside and explosive-play potential.

While underdeveloped, Aiyuk has the potential to be a play maker.

Bill Belichick values smart safeties, and McKinney is that, plus high football character and a quality athletic profile.

One of the best coverage players in the draft but has effort and tackling questions.

Gross-Matos this late is great value as the Vikings try to re-tool and maintain a quality defense.

The Dolphins use their final first-round pick to protect their new quarterback.

Seattle takes the top interior offensive lineman and the only one in the first round of this mock.

Another potential Chiefs target taken before KC gets its opportunity.

A bad string of luck for the Chiefs as another quality corner falls off the board.

The 49ers take a swing on a talented player who people would’ve been shocked was available this late if you’d asked in September.

There are some concerns about Dantzler’s frame, but everything else about seems like a great fit for the Chiefs. While a little slight, Dantzler is a physical, competitive corner in the run and pass game. He has good feet and long speed to pair with excellent length. Some may see this as a reach, but we don’t.

The Chiefs help protect the soon-to-be highest paid player in NFL history with a physical mauler that moves well in Muti. While he has an injury history that will require some digging into, the Fresno State lineman was dominant at times when on the field.

A will linebacker that would improve the athleticism and coverage skills the linebacker group desperately needs.

I asked Strnad what it’d be like to be drafted by the Chiefs: “It’d be awesome. I talked to my brother about (the idea of) it after meeting with them. To play alongside guys like Patrick Mahomes, Travis Kelce, Tyreek Hill. Along with a great player in the Honey Badger and Juan Thornhill, a great rookie. Going into a winning culture and a team coming off a championship, I think that’d be special.”

Cephus falls victim to a very deep draft class in this scenario and the Chiefs benefit.

Under the radar WR that plays as physical as anyone else in the class. During the route, at the catch point, after the catch.. he’s out to win the situation

This is probably a little early for Hamilton, but the Chiefs currently have only five picks and they look to add a pass rusher to finalize their class.

Use promo code “LIV” to pre-order the KC Draft Guide: Championship Edition for $8.54! We’ll have more quotes about what it would be like to be drafted by Chiefs like we had with Strnad, plus over 200 write-ups on prospects.

We broke down the entire mock draft this week on the AP Draft Show.