Jamal Adams has made an official trade request, and although the Jets have yet to grant it, the All-Pro safety has formed a list of teams he would be fine with joining. 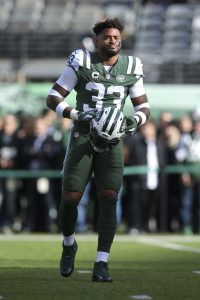 Both of the Super Bowl LIV participants — the Chiefs and 49ers — headline the list. The Cowboys — who submitted an offer for Adams last October — are also included among a seven-team contingent that features the Ravens, Eagles, Texans and Seahawks, Adam Schefter of ESPN.com tweets.

The Cowboys are the only team on this list that did not qualify for the playoffs last season. Adams, however, is a Texas native. Dallas offered a first-rounder and a Day 3 choice for the Jets standout last year.

As of now, the Jets are not prepared to trade Adams. But the safety may be more amenable to playing the fourth year of his rookie contract with one of the seven teams on this trade wish list than he is with the Jets, who have not made the playoffs since 2010.

The Jets are taking their time on extension talks for their top player, but with Adams signed through 2021 via the fifth-year option, that is not exactly uncommon. Teams often slow-play extensions for former first-rounders because of the option, but Adams is attempting to force the issue.