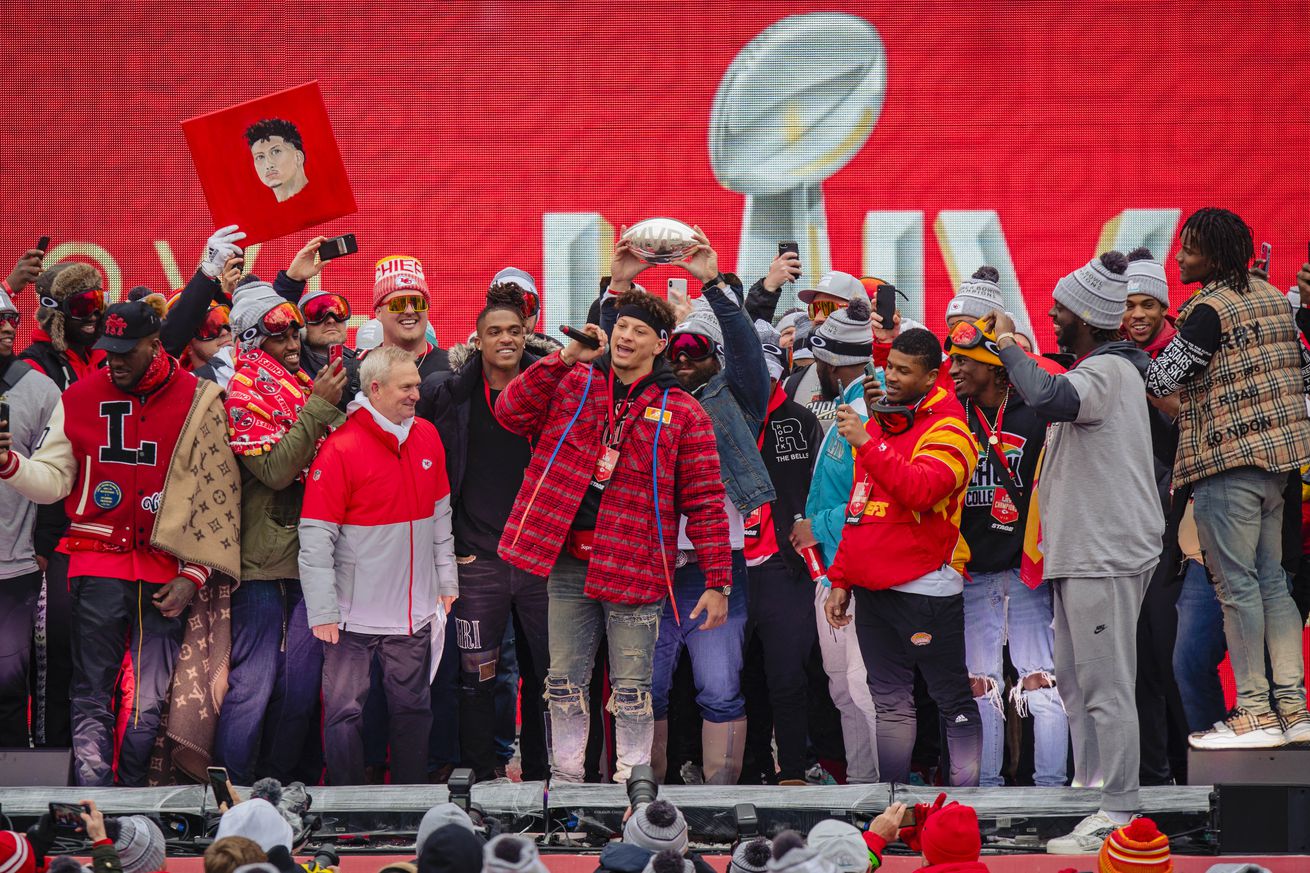 The Chiefs’ belief in themselves as an organization allowed the Super Bowl victory to be possible.

Kansas City Chiefs tight end Travis Kelce’s victory parade speech had a great way of describing how easy the team made it look to come back from a 10-point deficit in Super Bowl LIV. His nonchalant raspberry at the idea of that deficit turning into an 11-point winning margin in less than eight game minutes is a small-scale representation of the entire season.

There were a lot of difficult obstacles that the team seemed to brush off by the end of the calendar.

Losing two key offensive starters to extended absences for injury in the first two weeks of the season?

Quarterback Patrick Mahomes dealing with a lingering ankle injury along with having to recover from a kneecap dislocation?

The Chiefs were backed into countless corners this season — and ultimately found a way to recover each time. That doesn’t happen because of luck. The franchise had a specific goal that they were doing everything in their power to accomplish this year — and it’s special when every member of the organization buys into the belief that the goal can be achieved. The team never wavered from that faith.

The franchise — from the top executives to the small role players — had that belief back in August. Chiefs owner Clark Hunt spoke about how the end result of 2018 gave a feeling of confidence among the team headed into the 2019 campaign.

“It allows us to come into this season with a lot of belief — and I could feel it last night in the team meeting,” Hunt explained on a late-July day in St. Joseph, Missouri at the start of Chiefs training camp. “I always have a chance to address the team — and a lot of our staff gets to address the team — and there’s a tremendous energy level throughout the organization. It starts with the players and coaches, but you can really feel it in the entire building.”

Hunt also spoke to the decision to make an unprecedented overhaul for a team contending for a championship.

“Andy made the decision to make the change with the defensive staff — which he talked to me about. I thought that was the right call.”

The team owner believed in the transition even before he saw any sort of result from that unit. That vote of confidence speaks to how big of a presence the newcomers were. Defensive end Frank Clark didn’t waste any time guaranteeing that this season would be different.

Clark wasn’t the only first-year Chief with confidence that the unit would turn around. Safety Tyrann Mathieu was immediately labeled as the leader of the defense by head coach Andy Reid and general manager Brett Veach after he was signed in March. Mathieu embraced the role with humility — but he wasn’t afraid to speak on how significant his impact would be.

“They brought myself and Frank Clark in, and I think anytime you can bring two guys in that really have a chip on their shoulders, an edge, a certain personality, you can rub off on a lot of guys in a positive way,” Mathieu explained to a national audience on Fox Sports’ “Undisputed” on July 12, “I think that’s why they brought me in, Kansas City, for one was to really kind of raise the tide of everybody around me, and so it’s going to be a fun season.”

Mathieu delivered on that promise to raise the play of his surrounding teammates. His “Championship Swagger” mantra was more than just a good caption on social media. He preached it more and more as the season went on, and it eventually became the rallying cry for one of the best situational defensive units in the NFL.

It’s one thing for the newly-acquired Chiefs to be confident, but the returning players from the 2018 season experienced the heartbreaking overtime loss to the New England Patriots in the AFC championship. The failure can either be received as disheartening or motivating; the Chiefs made it obvious which effect it had on them.

We will win it next year

Chris Jones watched Super Bowl LIII and knew his team would be able to recover and make it to the following season’s championship game. Whether that was blinded confidence in his team or a logical prediction, he put in the work to make it happen.

He was initially holding out of offseason programs for a new contract with the Chiefs, but he didn’t miss a day of training camp even when the parties had not come to an agreement. At a time where most players would prioritize their financial value over practicing, Jones made sure he was ready to contribute because he knew this team was on its way to a championship.

Patrick Mahomes may not have guaranteed his team would be winning the Super Bowl LIV, but he wasn’t shying away from talking about getting there in 2019.

His teammates took notice of the difference between his first offseason as the starter and the second. Tight end Travis Kelce explained what he saw during the first days of training camp.

“I mean he had a lot of confidence last year, but this year he has confidence in a direction,” Kelce claimed about his 23-year old, reigning MVP quarterback. “Last year it was just confidence in, ‘Hey, I’m just going to figure it out.’ But now he has a lot more things figured out and now it is more so confidence with direction and taking this team to the Super Bowl.”

Yes, most teams do come into their offseason programs with a goal to win the Lombardi Trophy — but think back to training camp. Didn’t it feel different when you went to watch practice? Couldn’t you feel the confidence of the coaching staff and the players through interactions with fans?

The belief didn’t just come from the members of the organization — but also from Chiefs Kingdom. The record-breaking crowds in St. Joseph were no coincidence: the fans knew this team would be special too. You don’t think those huge crowds aided the Chiefs with their confidence in themselves?

From top to bottom, from Clark Hunt to the 76,000 fans that packed Arrowhead Stadium every week, everyone knew this team would be historic. Their achievement was truly special — and not very surprising.