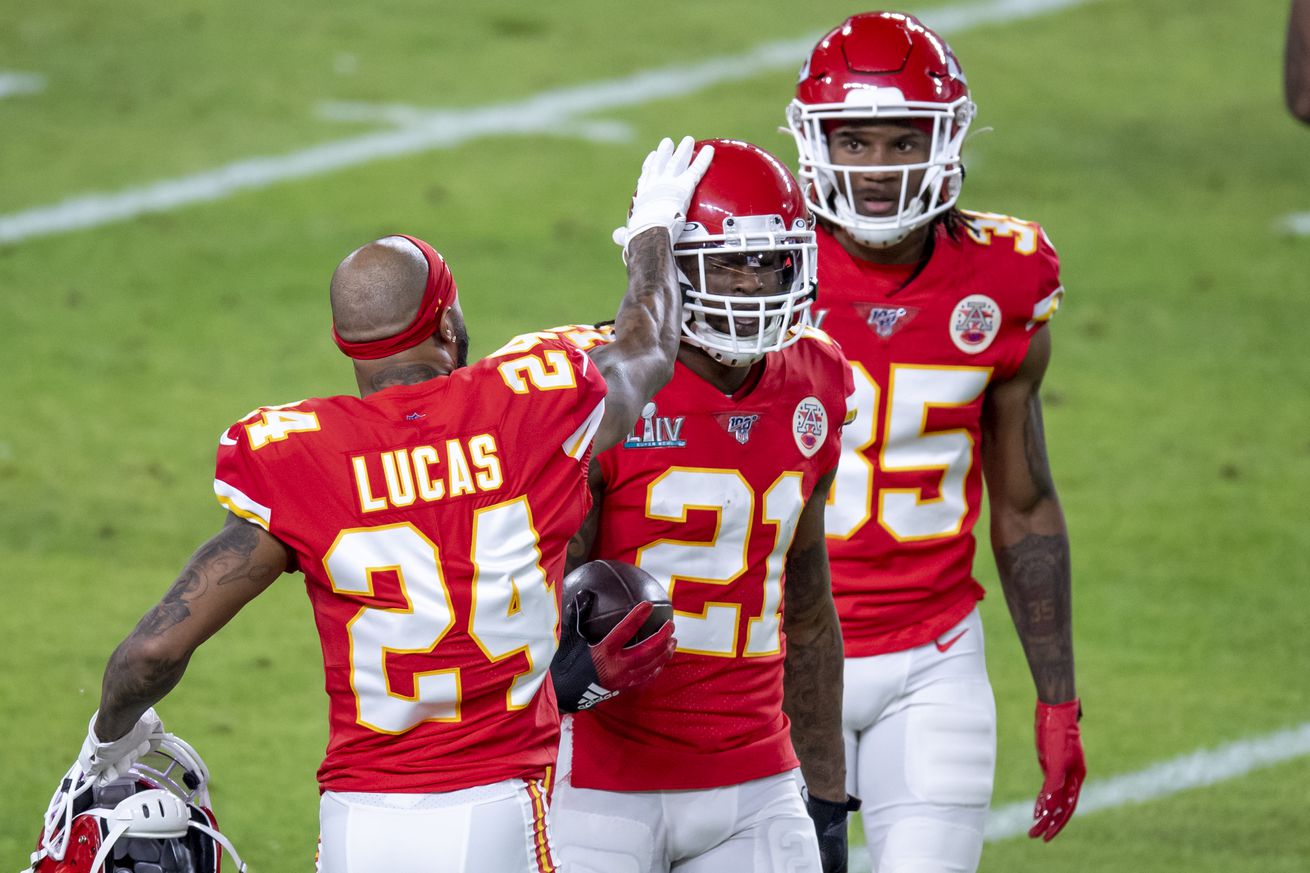 For the third year in a row, Veach declined to draft a cornerback in the first three rounds.

As premature as it is to judge a class in the week following, it sure looks like the Kansas City Chiefs executed their plan in the 2020 NFL Draft.

They wanted to upgrade the running back position and give the offense a more dynamic receiving back with Clyde Edwards-Helaire. They needed speed and athleticism for the linebacker position in Willie Gay Jr. They kept their eyes open in a talented offensive tackle class and understood the value of Lucas Niang for the future of protecting quarterback Patrick Mahomes.

A pick three years in the making

In the fourth round, general manager Brett Veach made a career milestone of a pick. The selection of Louisiana Tech defensive back L’Jarius Sneed is the highest selection that Veach has used on the cornerback position in the three drafts he’s been in charge of — and Sneed didn’t even play cornerback in 2019.

The team has desperately needed more talent at that position for the entirety of Veach’s young career. He had only taken one corner — last year’s sixth-round pick Rashad Fenton — going into 2020. I get it: the draft is random, and sometimes the right players don’t fall to the right spots and a position of need just doesn’t fit into the board. However, the Chiefs’ first-round decision this year should indicate how Veach feels about the position.

Even after the Minnesota Vikings took TCU cornerback Jeff Gladney just before 32, the Chiefs still had good options to pick from. LSU cornerback Kristian Fulton was touted as a top-15 prospect for most of the offseason, Alabama cornerback Trevon Diggs has the length and physicality of a first-round talent and Utah cornerback Jaylon Johnson would have been a great fit in the Chiefs’ zone coverage scheme.

Instead, the Chiefs took the luxury pick in Edwards-Helaire, adding nitro to an already souped-up engine of an offense.

Veach appears to be comfortable with minimal investment in a very important position — and that could be dangerous for long-term team building.

It’s worth pointing out that his strategy hasn’t let him down so far. Former undrafted free agent Charvarius Ward was received from the Dallas Cowboys in a trade for reserve offensive guard Parker Ehinger. His emergence to starter has been very valuable. Instead of paying former Chiefs corner Steve Nelson, Veach elected to sign free agent Bashaud Breeland to a cheap one-year deal in 2019. Also, Fenton has done well for a sixth-round selection.

While that’s all true, there are a couple of reasons why the results could flip in the future:

1. The volatility of the position

It’s hard to project the success of any player at any position in the NFL — but a cornerback’s level of play is especially unpredictable.

First of all, they are put in a disadvantageous position before the ball’s even snapped. The NFL has skewed their rules to aide the passing game of an offense — and it’s harder than ever for a cornerback to cover a receiver. You can’t touch a pass-catcher on his route without getting called for a holding penalty, and an under-thrown deep ball with the corner trailing will almost always result in defensive pass interference. All this — combined with inconsistent refereeing — results in high volatility of a corner’s performance.

I can use Breeland as an example. In Week 5 of 2019, I’m sure I wasn’t the only one pulling my hair out over the four penalties that he earned trying to cover the Indianapolis Colts. In the final five games of the season including the playoffs, Breeland only had one penalty. It’s hard to say if Breeland was being any less physical, but the officials stopped throwing the flags — resulting in a stretch of better performances.

The best way to minimize the volatility is to invest in top-tier talent. Elite cornerbacks are valuable because they are more consistent and reliable in terms of clean coverage and not getting beat. As much as Ward and Breeland etched their names into Chiefs history in 2019, their flaws make them candidates for regression in 2020.

The Chiefs were able to retain their two starting boundary cornerbacks for the repeat championship run, but there is minimal experience behind Breeland and Ward. Fenton had only 41 snaps as an outside cornerback in 2019 — with 35 of them coming in Week 17. The rest of the position group is made up of rookies, practice squad players and a special teams ace.

Although you won’t see the two starters get substituted out often, it’s still crucial that there is strong depth at cornerback. Weakness and inexperience at one of the boundary spots can change the entire dynamic of the defense — and become an exploitable mismatch for the opposing offense. The overcompensation of safety help and schemed protection of that weakness can disrupt a unit’s rhythm and momentum.

One injury — or a potential multi-game suspension for Breeland — could derail this defense’s performance due to the lack of experience behind them. A top-100 draft pick used on a boundary-type corner in either of the last two drafts might inspire more confidence right now.

One reason Veach has succeeded with small investment in cornerback is the scheme they play in. Defensive coordinator Steve Spagnuolo has a clear style of player he wants to be on the boundary of his defense. The player ideally has a bigger frame, good length and uses his natural physicality to disrupt the receiver off the snap with press, close on passes to the flat and tackle well on outside runs. The utilization of safeties in Spagnuolo’s defense makes the ability to carry deep routes and keep up with speedy receivers less significant.

The cornerbacks that usually go high in the drafts possess great speed and impressive man-to-man ability — because those are hard skills to replicate. Spagnuolo can win with guys that lack speed and the ability to stick to a receiver one-on-one. Those “low-ceiling” prospects go in the later rounds — and that’s where Veach has chosen to make his additions to the position group.

It has worked so far — and could continue to with Sneed and seventh-round pick BoPete Keyes seeming like good fits. The team must be especially confident in Sneed, based on the assumption that they knew this information about Breeland:

#Chiefs CB Bashaud Breeland — who was arrested Tuesday on multiple charges, including marijuana possession — was already facing a four-game suspension for a separate violation of the substance-abuse policy, sources tell me and @MikeGarafolo. Breeland is appealing.

The success may also not continue. It already looks ugly when you take into account the potential suspension of Breeland, but the current unit can really not afford to suffer injury. Plus, it’s fair to expect a general, realistic decline in performance from 2019 to 2020 from the cornerback group as a whole.

Veach may continue to confidently stock the cornerback group with day-three draft picks and one-year veterans, but the minuscule amount of investment in an important position will come back to hinder the success of the team — perhaps as soon as this season.