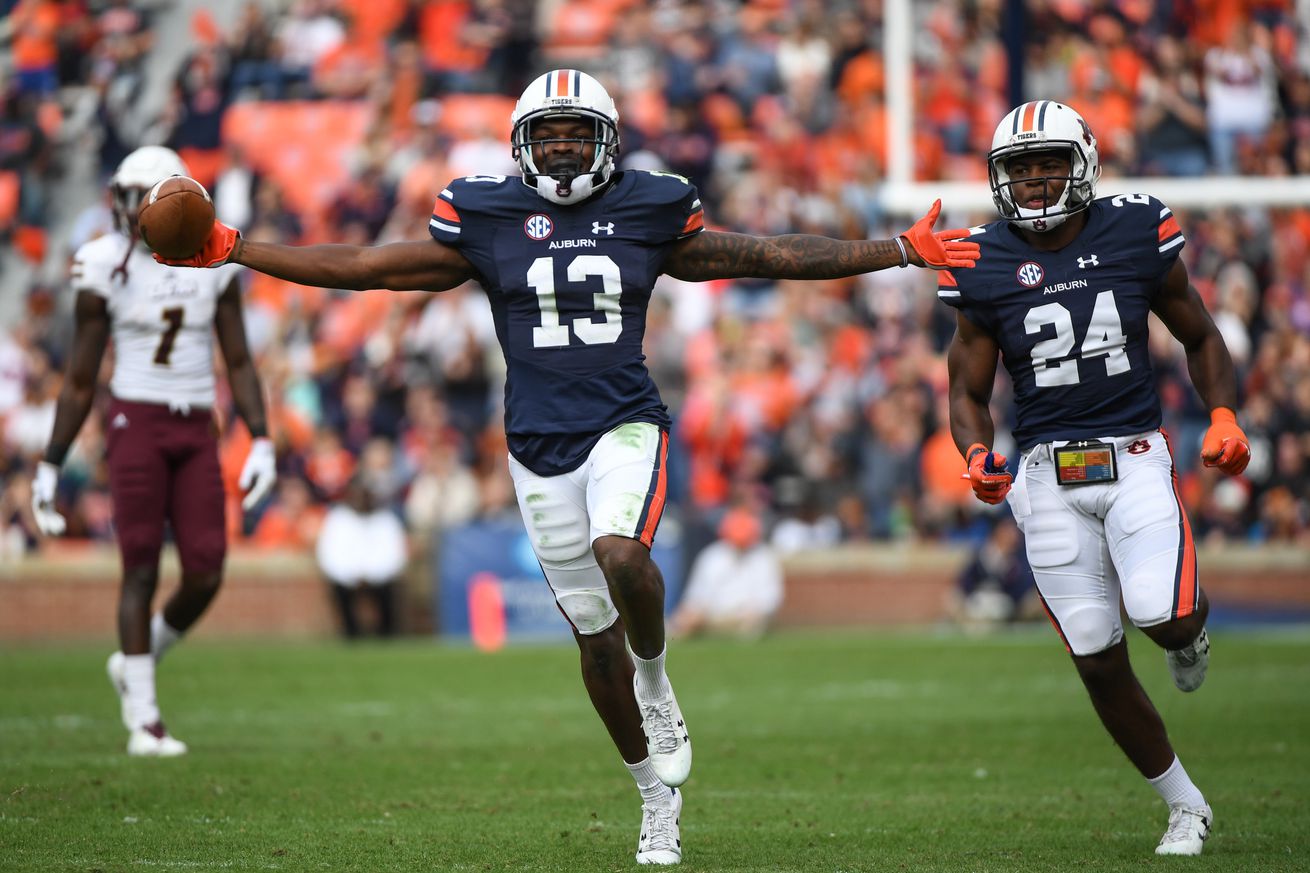 The Auburn cornerback has the athletic skills to succeed in the NFL. If he can improve his mental game, he’ll be hard to cut.

In our Lottery Tickets series, we break down the lesser-known players who have a chance to make the Kansas City Chiefs’ Week 1 roster. Leading up to training camp, we’ll be profiling the intriguing undrafted free agents and reserve/future contract players who show the potential to stick in the NFL.

Why is is it called Lottery Tickets? The players we discuss are high-upside players that haven’t significantly affected the Chiefs bottom line — but their returns could be substantial.

One sentence bio: Former Freshman All-American who appeared in games every year of his career (starting since his sophomore year) and earning a late invite to the Reese’s Senior Bowl.

One sentence scouting report: Quick, fast, feisty cornerback who lacks ideal size and instincts but could still find a role in the slot.

Auburn cornerback Javaris Davis is likely to play in the slot and is entering the league with excellent change of direction ability, explosion and long speed.

The athletic profile is solid and if he processes quicker/consistently he has a chance to make the 53. pic.twitter.com/ycMBRx7BgB

How he fits with the Chiefs: Both Davis and fellow Lottery Ticket Lavert Hill are undersized corners competing for a role as the slot cornerback — but they’re going after it with entirely different skillsets. Where Hill lacks long speed and change-of-direction skills, Davis is the opposite; he’s a twitched-up athlete with great change-of-direction ability, burst and long speed. Where Hill plays with a high football IQ — along with good zone awareness and instincts — Davis isn’t as strong in those areas. If you put Hill and Davis together, you’d have a Day 2 prospect.

You cannot teach the change of direction and speed that Davis has, but you can teach him proper technique and help him better understand concepts. His feet need a lot of work — and improvements there will let his quick-twitch ability take over in his transitions. If the Chiefs can find a way to improve his processing skills a tick or two, he’s going to have a chance to make the roster.

Davis is a competitive player. He’s going to challenge at the catch point and throw his body around to make a play on the football. He is plenty willing as a tackler — which will serve him well, because in order to make the 53-man roster, he’ll have to earn the trust of special teams coordinator Dave Toub. There doesn’t appear to be a lack of desire on his part — in fact, the opposite is true. That’s a good start for an undrafted free agent.

The bottom line: Davis’ path to success is contingent on whether he can improve his mental ability to match with his physical talents. If he can do that, he’ll be very difficult to cut at the end of training camp.