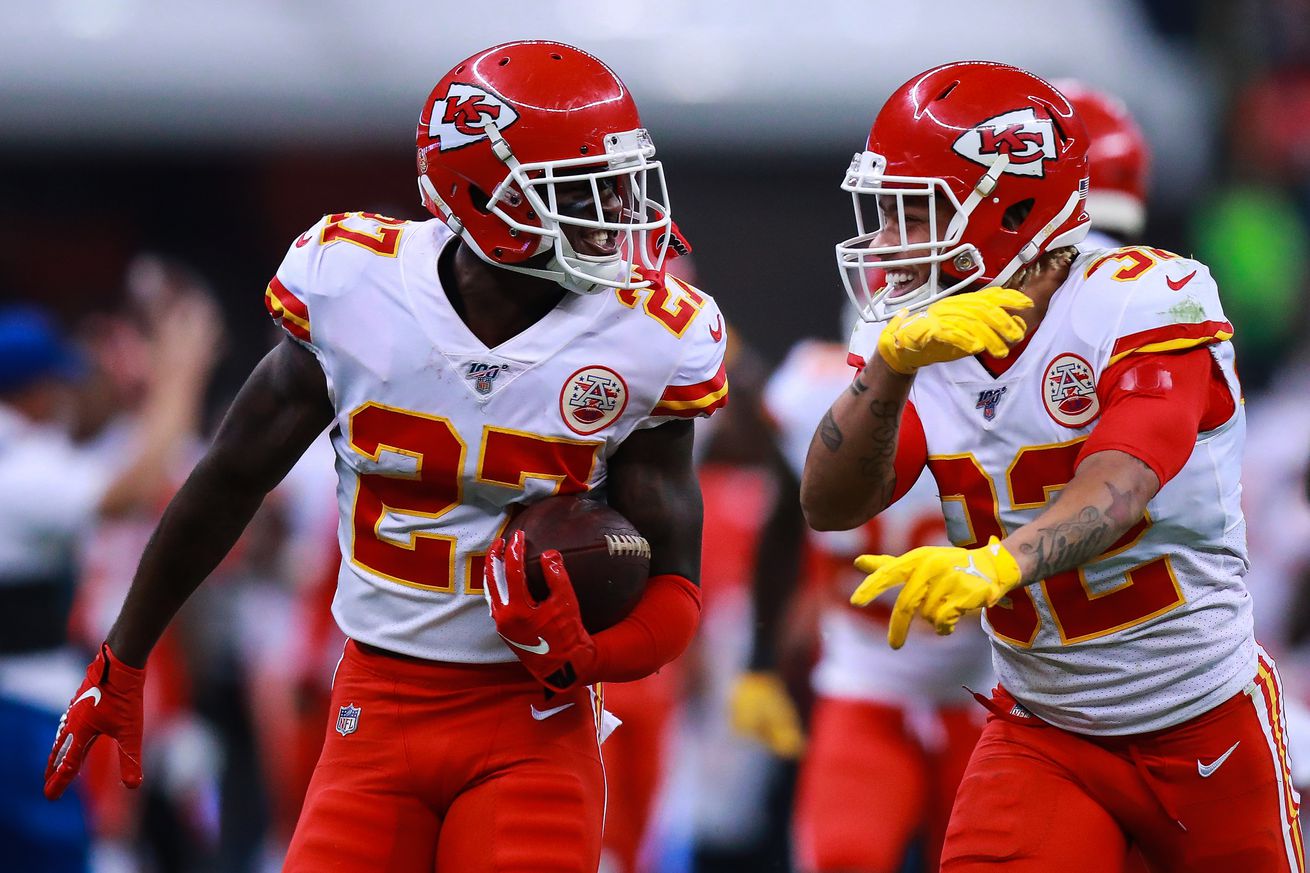 The team will have to start the season without one of their starting cornerbacks, but the Chiefs GM expressed confidence his young corners could carry the load.

For yet another year, the Kansas City Chiefs are entering the regular season with questions at cornerback.

But it’s also because the Chiefs — by accident or design — haven’t invested a lot of resources in cornerbacks, preferring instead to invest in other parts of the team. It hasn’t exactly worked badly. In 2018, the team’s pass defense allowed an opposing quarterback passer rating of 92.7 (12th-best in the league), improving to 80.8 (fifth-best) during their 2019 championship season.

Still… fans can get antsy when young players are manning what is perceived to be an important position in the defense — as will likely be the case when the Chiefs take on the Houston Texans to open the season Thursday night at Arrowhead Stadium.

But Chiefs general manager Brett Veach — fresh off his 2020 team-building assignment — doesn’t seem to be that worried about the young (and new) players the Chiefs will have guarding their opponents’ best receivers.

“We were certainly encouraged by the way these guys played,” Veach told reporters on Sunday. “Most of you have seen these guys grow and develop. Obviously, we always keep open dialogue — and we’re always looking to improve our roster — and [bringing in veteran cornerbacks] was something on our mind early on in camp. And as camp progressed — and these guys really [started] to make some big movements in regard to their development — we became encouraged.”

Veach knows it won’t be an easy task — particularly for the new rookies.

“Now…with Bashaud Breeland being out four weeks, we’re all aware there could be some growing pains and some lumps along the way,” he acknowledged. But he pointed out that the Chiefs have been here before — and the process helped build one of the secondary players upon whom the team is now depending.

“Think back to Charvarius Ward,” he said. “When he was kind of forced into action his rookie year — he learned a lot in that Seattle Seahawks game, and they kind of attacked him — but he continued to grow and develop. In that Indianapolis Colts game, he built on that. And he continues to grow and develop into one of the better corners out there.

“So I think we’re kind of looking at it in regard to that growth an maturation process with these guys, where we’ve seen it already in camp with guys like L’Jarius Sneed. Rashad Fenton in his second year, BoPete Keyes — [who] was out there a little late — and Antonio Hamilton, who we just got. But these guys have just gotten better and better every week. And knowing the scheme, being in the Zoom meetings all offseason and knowing what our coaches are asking [of] them — that’s going to be hard to replicate in a short amount of time.”

In other words, the answer to this kind of problem isn’t always going to be found in free agency. But Veach never wants to completely rule out that possibility.

“We’ll always continue to look [at] what’s out there — if we can get better and how we can get better — but we feel like we have some good young corners,” he said. “Again, there will be some learning and growth early on, but with Ward being an established corner — and [with] Sneed and Keyes — we feel like those are going to be pretty good players. And we’re excited about what Hamilton can do in all phases of the game. We’ll continue to monitor that situation, but I think we’re happy with the competition and the talent right now.”